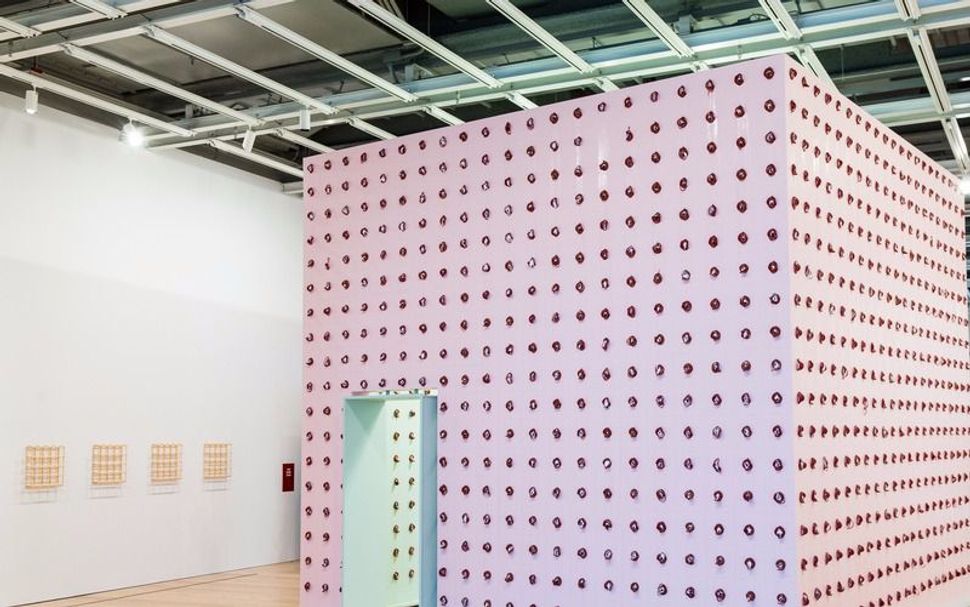 Image by Courtesy of the Whitney Museum

It has now been nearly two weeks since I visited the Whitney Biennial (delayed a year by the 2016 relocation of the Whitney Museum of American Art, in New York City, from the Marcel Breuer building on 75th and Madison to the Renzo Piano-designed space in the Meatpacking District, at the foot of the High Line), and I’m having trouble deciding what to say about it. It seems like there’s a lot of potential fodder there, but that’s the trouble — I am tripping on the fodder.

This should be simple. Like an ambitious New Year’s resolution or attempt at spring cleaning, the biennial as an art world institution is often where good intentions pave the road to hell. And so the Biennial review writes itself: identify and praise the fine objectives, single out particularly strong pieces, throw in caveats, shake fingers at misbegotten detours, express hopes for a better tomorrow.

This year’s Biennial, the first in two decades to have largely been planned during an election year, is compounded by context or, rather, the change in such a year. When the show’s co-curators — Christopher Y. Lew, an associate curator at the Whitney, and Mia Locks, an independent New York-based curator — were announced in early November 2015, Donald Trump’s presidential candidacy was an easy joke; by the time the Biennial opened to the public in mid-March, we were two months into the punch line. 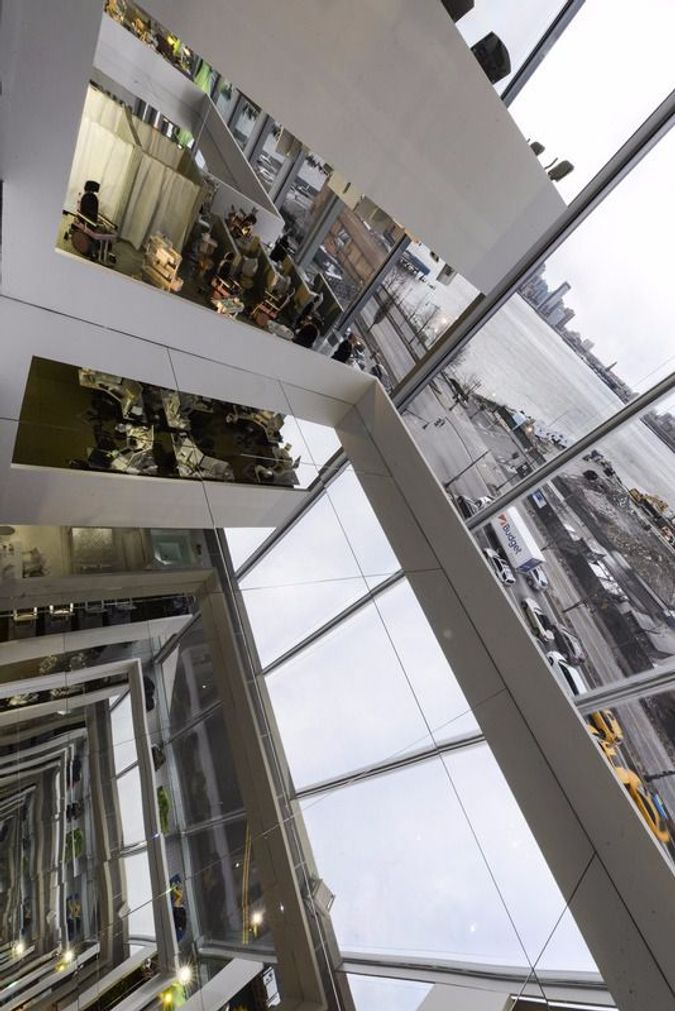 The Meat Grinder’s Iron Clothes: An installation by Samara Golden Image by Courtesy of the Whitney Museum

Just as it may not be fair to view the works on display as commentary on our current political moment, since many would have been chosen (and made) pre-election, so, too, it may not be possible to avoid doing so. The social framing matters: As expressions of anger and anxiety at a time of potentially positive change, the art can be read as fundamentally optimistic; as statements directed to our current moment, it is decidedly less so, a bleak telegram from a terrible but still better time.

But okay, I should just get to it.

It is Jordan Wolfson’s “Real Violence,” a work of virtual reality lasting 2:25 minutes, though I could stand only about 15 seconds of it. (That is not an uncommon experience, if social-media-circulated reactions are to be believed.) You approach a table on which VR headsets and headphones have been set, eight pairs total. You are told to first put on the goggles, then the noise-canceling headphones, and then you are instructed to hold on to the railing right under the tabletop. Immediately there is a feeling of claustrophobia — not a phobia I am generally prone to — as well as the slight vertigo that is the result of the pan upward, the sweeping view of a sunny city street. A man kneels on the sidewalk; another man — the artist — approaches him, wielding a bat. The soundtrack is the blessings recited over Hanukkah candles. The man with the bat deploys it viciously. There is blood, though I closed my eyes in anticipation of it.

The wall text is opaque. On the subject of the Hanukkah blessings, we are told that “[t]hough the chanting is not explained, the artist has explored other facets of Jewish identity in previous works.” One such previous work is the 2011 piece “Animation, Masks,” an animated video featuring a Shylock-like caricature who variously frolics, harasses, alarms and attempts to seduce an unseen party and/or the viewer. At one point, “Shylock” recites Richard Brautigan’s “Love Poem”: “It’s so nice / to wake up in the morning / all alone / and not have to tell somebody / you love them / when you don’t love them / anymore.” The video is disorienting, offering little by way of future gloss. Is the Jew a figure of ridicule? Of revulsion? Of pity? Does it matter who is watching? I don’t know. But I think it might: Is it a sympathetic viewer, one who might identify, or is it one prepared to hate, one needing only an opening, an invitation? Is one possible consequence of not having to tell somebody that you love him or her when you don’t a prelude to real violence?

One of the controversies already born of the Biennial this year is the call issued by the artist and writer Hannah Black to have Dana Schutz’s painting, “Open Casket,” which depicts the brutalized face and body of the murdered Emmett Till in stylized swoops and swirls of oil paint, removed from the show and from the larger art market. Black’s criticism is that the work, made by a white artist takes possession of black suffering in the name of art and potential profit.

Although the issue has been framed as one of appropriation versus censorship, it is also one of empathy and of who has a right to it and on what grounds. Hearing a Hebrew incantation blessing a scene of brutal violence, stripped of pretext and context, is destabilizing. It called up in me the fight-or-flight response, and I fled. But of course it is also possible to hear in the prayer, as Alexandra Schwartz does in The New Yorker, echoes of Hanukkah’s celebration of the defeat — not unviolent — of oppressors of the Jews. There is that old joke: All Jewish holidays might be summed up as, “They tried to kill us, we survived, let’s eat.” Does a pretext for violence justify it, make it less real?

I don’t know. We don’t know. Certainty is only a claim, like the title of another perplexing piece in the Biennial. A re-creation of an earlier installation at the Institute of Contemporary Art in Philadelphia, “Claim (Whitney Version)” by the artist Pope.L, aka William Pope.L, is a grid of 2,755 slices of bologna, each one affixed with a photocopied image, a blurry face, and corresponding, in total, to a percentage of New York’s Jewish population. The artist’s “claim,” made in an accompanying text, may be “a bit off,” he concedes. Such claims are bologna.

As for “Real Violence,” what lingers for me is only a sense of danger, an uncertainty that I hope could be productive but may only be paralyzing. I want to look and I want to look away, and here I am, some weeks later, and I still cannot decide what to say.