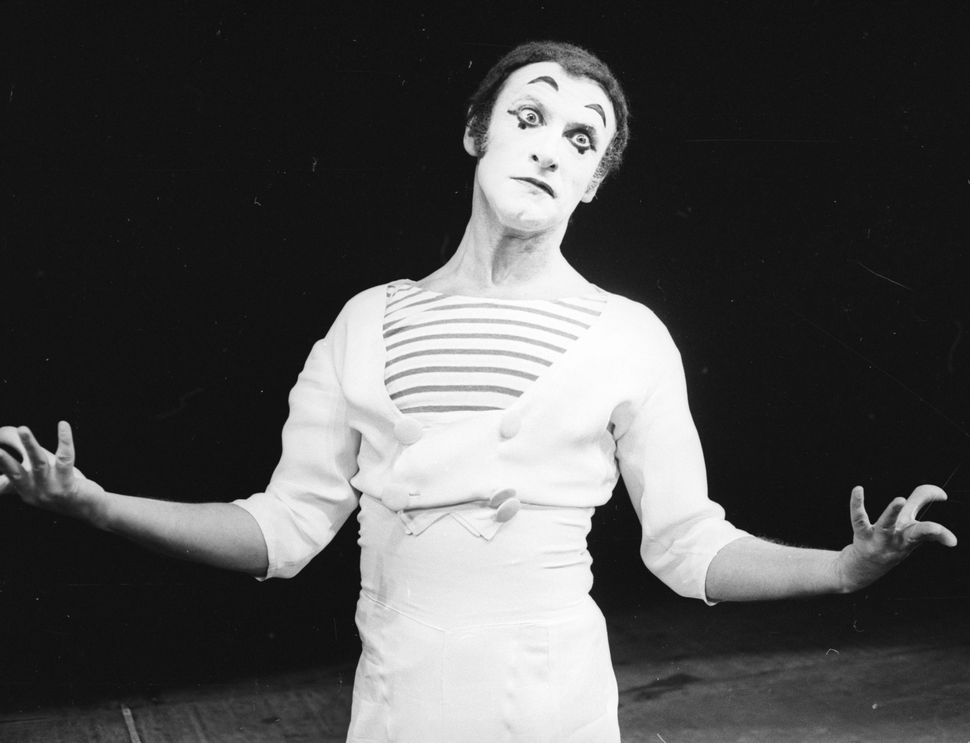 Ten years ago, Marcel Marceau — the world’s greatest pantomime — died, and the world of wordless theater has still never really recovered. Here at the Forward, we feel a special affinity for Marceau, a member of the French Resistance during World War II who reportedly used pantomime techniques to help children escape the Holocaust. Marceau, perhaps best known these days for his role in the Mel Brooks film “Silent Movie,” created a wide array of hilarious and heartbreaking pantomimes during his career. But perhaps the one that most profoundly summed up his work was “The Maskmaker,” a seemingly autobiographical work full of both comedy and pathos as it describes the condition of a comedian and artist who must maintain a mask of happiness even in the face of tragedy. Open Culture is paying tribute to Marceau with a 1959 film of “The Maskmaker,” directed surprisingly by cult filmmaker Alejandro Jodorowsky (“El Topo.”)