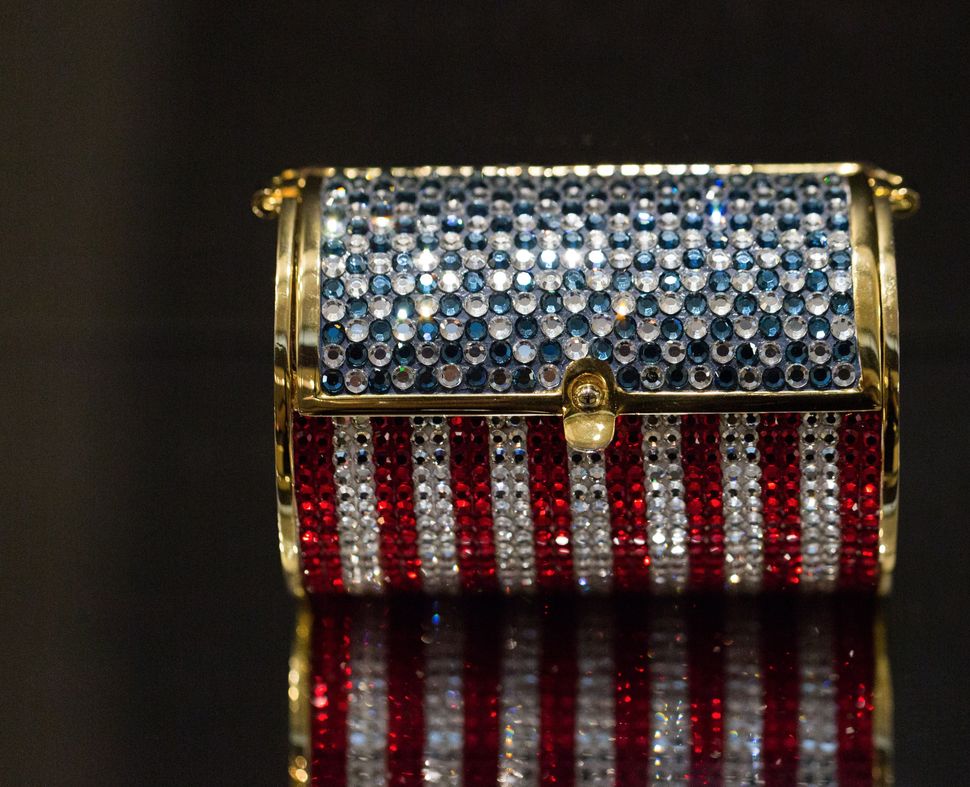 Judith Leiber’s life was one long surprise: Intended by her parents to go into the cosmetics industry, she chose to pursue handbag design, becoming the first female member of the Hungarian Handbag Guild. She survived the Holocaust first by living in a one-bedroom Budapest apartment with 25 other Jews, then in a ghetto basement where she was one of 60 occupants.

After American forces arrived, she met and fell in love with a Jewish G.I., Gerson “Gus” Leiber; they married, and he whisked her off to New York.

Once there, she shortly swept fashionable society off its feet. After landing a position with the handbag department of designer Nettie Rosenstein, Leiber’s work became in-demand after Mamie Eisenhower arrived to her husband’s inaugural ball carrying a Leiber-designed bag.

Leiber, who turned 96 this past January, went independent in 1963, and her trademark jewel-encrusted designs remain fashionable today: In recent years, celebrities such as Blake Lively and Jennifer Lopez have been spotted carrying them on the red carpet.

Now, Leiber’s work is being honored through an exhibit at Manhattan’s Museum of Art and Design. The exhibit, “Judith Leiber: Crafting a New York Story,” tracks the history of Leiber’s company, from its 1963 founding to 2004, when Leiber designed her last handbag.

“She was an immigrant who created a flourishing business—a story that has political and social relevance, especially today,” said the exhibit’s curator, Samantha De Tillio, in a press release. See some of her most astonishing work, included in the exhibit, in the slideshow above.