The Talmudic Case Against United Airlines 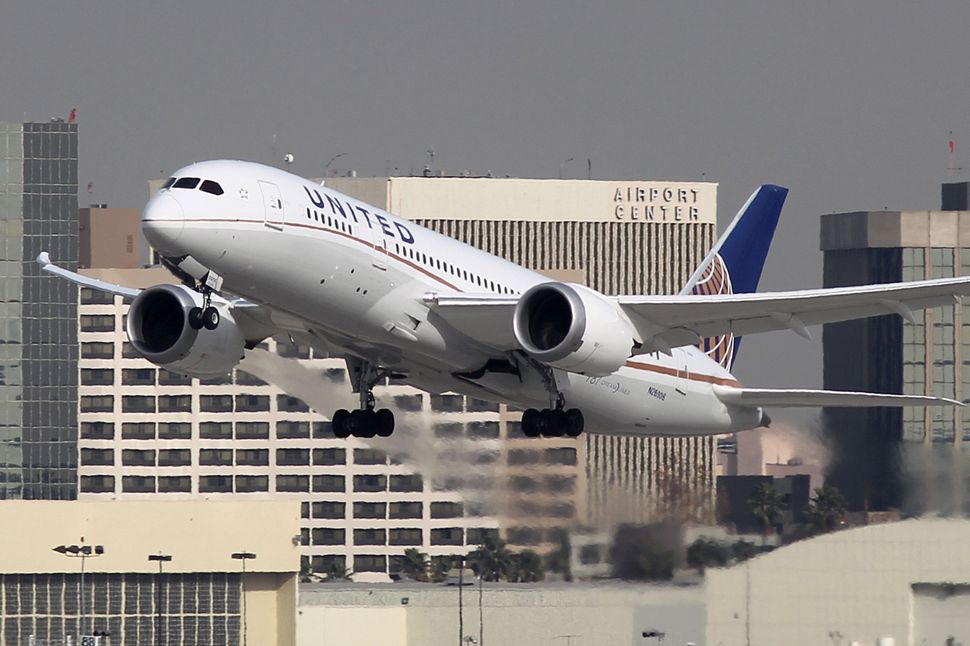 The violent ejection of a passenger from a United Airlines flight on Monday has received international attention. It has been condemned not just as bad business (which it surely is) but as a symptom of American class warfare and the creeping callousness of American corporate culture.

As horrified as I was by the treatment of Mr. Dao, one detail of the story caught my attention in particular — that he was selected for ejection randomly. Maybe I have a horror of randomness (I do), or maybe this jogged a Talmudic neuron in the back of my brain (It did). When limited resources need to be rationed out, how should we decide who gets what’s available? Is a completely random selection the fairest?

This situation is faced the world over every day by doctors who have to decide who gets an organ transplant, blood or a precious medicine. Would it be fair to randomly select a patient to receive these things without regard to issues like the severity of their disease, their age, or how likely they were to recover?

What about seats on an airplane? For the moment, let’s leave aside the fact that the scarcity of seats on the United Flight was a situation created by the airline itself so as not to lose money on empty seats due to no-shows. As the flight prepared to lift off, there was a scarcity of seats available. There were four people too many. How should United have decided who should be forced to leave the plane?

Some might initially be comfortable with random selection. That comfort might evaporate, however, if they found out the customer was pregnant, or elderly, or a child — or, as was reportedly the case with the passenger on Sunday — a doctor who needed to get to his job.

The Rabbinic view of rationing resources is that one needs to try both to limit immediate harm and to take into account the good of the community as a whole both now and in the future. This is based on the Talmudic case of the ransomed captive, where the Rabbis argue, among other things, that one should not pay an equal amount of money for every hostage. The text states, “One does not ransom captives for more than their value because of tikkun olam (the good of the community).”

The Talmud argues that if large ransoms were paid for anyone kidnapped, hostage takers would be emboldened to grab whoever they could as opposed to selecting special targets, thus increasing the number of people taken hostage, and also that doing so would impoverish the community (two explanations with different practical implications, but that’s beyond our scope here).

This position also reflects the view that not every hostage is of equal value to the community (in this desperate context). Should one spend the same amount to rescue the only doctor in the village as one would to ransom a farmer? In a community where resources are scarce, that cannot be the stance people take.

This case is often applied to the question of allocating scarce medical resources (is everyone of equal priority? How much should the community spend?), but it can apply to any form of rationing. For United, randomly selecting who should be ejected would be the wrong call. If someone has to leave, the airline staff should have eliminated anyone who claimed they were needed for humanitarian reasons (doctors, firefighters, nurses, etc.) or would suffer significant financial loss if they could not fly, and chosen a patient whose loss would be merely emotional or psychological in nature, thus limiting the “cost to the community.”

An even better solution, of course, would be not to overbook flights in the first place, a policy which if not legally fraudulent is surely fraudulent in principle. The Talmudic example applies to a situation where a desperate situation has been caused by hostage takers, yet this might be less dissimilar to that of airline passengers these days than we might at first think. Who doesn’t feel at the mercy of the airlines once you’ve paid your ticket and plunked down to wait for boarding? Who won’t feel more that way after seeing the United video?

Nevertheless, the “scarcity” in this situation was created by United to protect their bottom line. It should be noted that it did not apply to first class passengers (who were not in the lottery to be randomly selected), and United policies also make it less likely that frequent flyers or those with gold or platinum status will be selected to lose their seat. In other words, the selection is not entirely random; it is in fact largely based on class. Those who pay United the most money are the least likely to be ejected. Another surreal similarity to our ransom case — except in this case you bribe your airborne captors to stay. Another way of putting it: the more money you’ve paid, the more likely you are to reach your final destination.

The Talmudic Case Against United Airlines