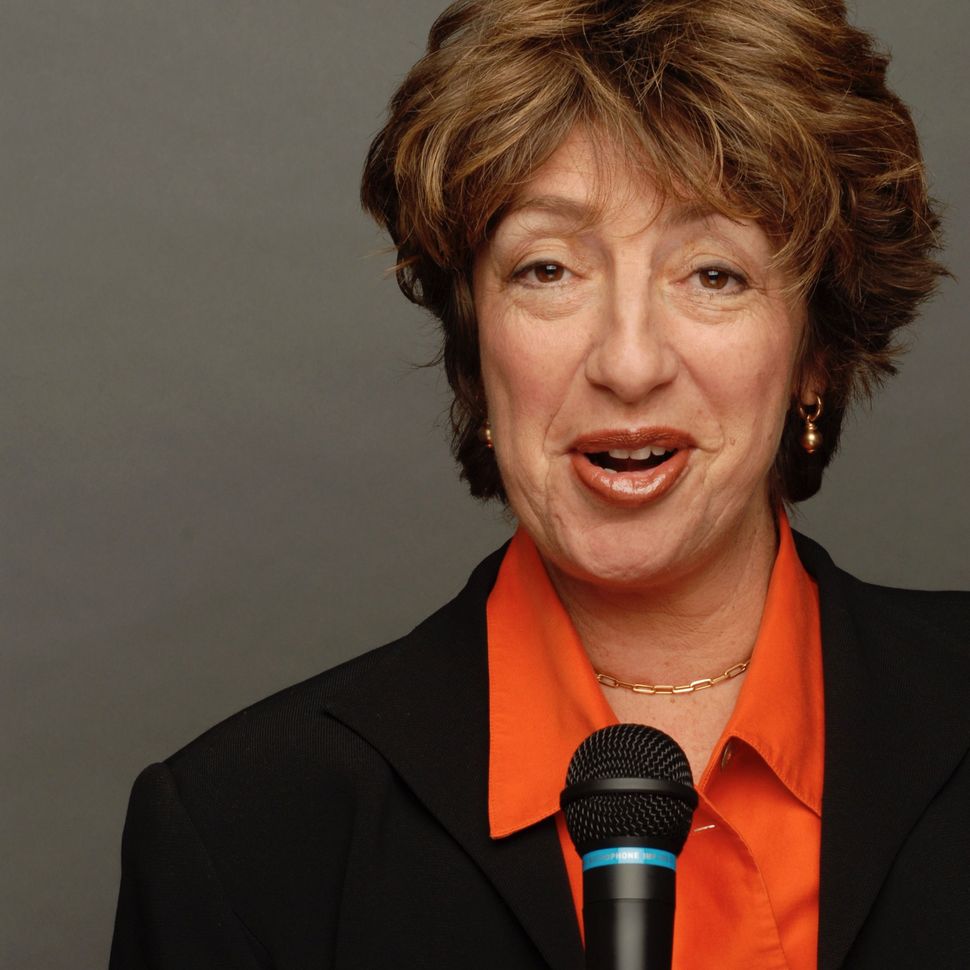 Debbie Filler wanted to call her one-woman show “All My Lennys” — both Leonard Cohen and Leonard Bernstein loom large in the piece and in her life.

But she settled on “I Did It My Way in Yiddish (In English),” a sly reference to her late father’s belief that Frank Sinatra, the Beatles, and “everybody else” would have sold more records if they’d recorded in Yiddish.

Born in Auckland, Filler’s the daughter of Holocaust survivors who settled in New Zealand after years in a displaced-persons camp; her father’s journey inspired much of her show. Originally commissioned by the London Jewish community and cultural center JW3, the show is set for its Canadian premiere at Toronto’s Factory Theatre after a one-night New York run.

Filler, who calls herself “New Zealand’s only Jewish comic,” spoke to the Forward from her adopted home of Toronto. “I ended up here by chance after making a film,” she says. “And after Trump, it’s where I’m staying.”

Your story, and your family’s history, crosses continents. What’s the journey in this show?

You meet my family in New Zealand, and hear about the isolation of being a Jew there. We connected to the world through TV and music. I meet Leonard Bernstein at an open rehearsal for a Young People’s Concert, a program where he would teach young musical prodigies. My show then lands in New York City, where I meet Cohen. And finally, I end up in Sweden, at a concert, where I meet another musician named Lenny. But I don’t want to give too much away.

Part of the show recounts your chance meeting with Leonard Cohen, who became a lifelong friend. How did that happen?

I was studying acting in New York City in the 1980s. I got sick of waitressing, so I got a job with a car service. And I picked him up. He left the car after playing me his new song, ‘I’m Your Man” on his way to meet executives in LA to cut his first album in years. He said to me, “I’ll never forget this ride as long as I live…” And he didn’t. Later he gave us the rights to one of his songs for [the film adaptation of Filler’s one-woman show] Punch Me in the Stomach in perpetuity, gratis. Now that’s what I call a mensch. Driving a car was horrible work, but meeting him made it all worth it.

Cohen’s passing affected people all over the world, but your connection was personal. What was that moment like for you?

The last thing Lenny sent me was a shaddai. He was a Buddhist, and a Jew, and of course a musician, which was part of his spirituality. Even though I knew he wasn’t well, I felt he was ready. When Bowie died, I was shattered. I wasn’t expecting it. Knowing Lenny, and what a deep Buddhist he was, I know he was prepared for the next life.

You claim to be New Zealand’s only Jewish comic. True?

“I Did It My Way Yiddish (in English)” plays at New York’s Metropolitan Room on May 4, and at Toronto’s Factory Theatre from May 23-28