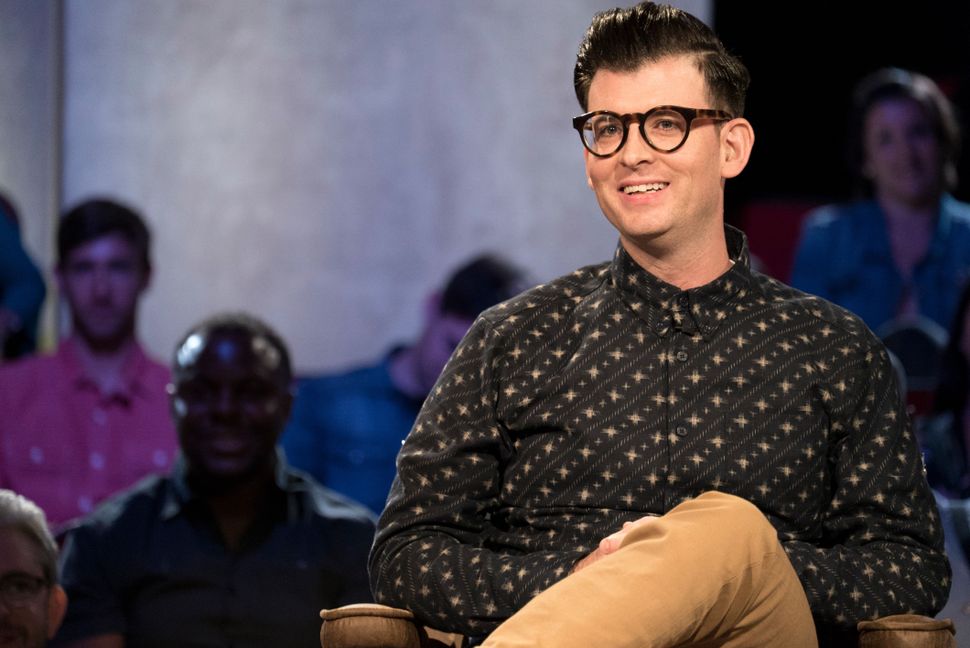 Despite a hectic and dramatic life story, 37-year-old comedian Moshe Kasher has emerged relatively unscathed; he is a regular guest on late night talk shows, and the author of a memoir (“Kasher in the Rye”). He now hosts a new Comedy Central TV series, “Problematic With Moshe Kasher,” which aims “to solve every problem that has ever existed.” His goal, he said in a telephone interview with the Forward, is to become “the Phil Donahue for the digital generation. Or Charlie Rose. [I want to have] real conversations about real topics that are churning outrage in the culture and on the Internet.”

Kasher was born in Queens to deaf parents who separated shortly after he was born. His mom moved to Oakland, California, to live with her mother and his father eventually returned to the religious style of his Hasidic grandfather (Moshe’s great grandfather), ultimately settling in the Satmar community in Sea Gate, Brooklyn.

Kasher was in and out of mental institutions from an early age. “When you’re a kid put into a mental hospital you are one of two things: someone with a profound mental illness you’ll probably struggle with for the rest of your life or you’re an asshole and your parents don’t know what to do with you. Fortunately, for me it was the latter.”

Kasher says he became addicted to alcohol and drugs, had run-ins with the cops, was kicked out of several schools, yet ultimately earned his GED. He attended community college, then UC-Santa Barbara where he majored in religious studies with a minor in Jewish studies, intending at one point to be a Jewish studies professor.

That changed when he ran into a former school chum performing at an open mic night and decided this is the life for him.

I asked what was more difficult: his early years or his early years as a comic? He laughs and says, “What a great Jewish question, a choice between two negatives. My early childhood is one of the most bizarre, most fraught, most dramatic. Still I can make jokes about it, still have fun with it. So I am extremely grateful childhood. Who wants to be bored?”