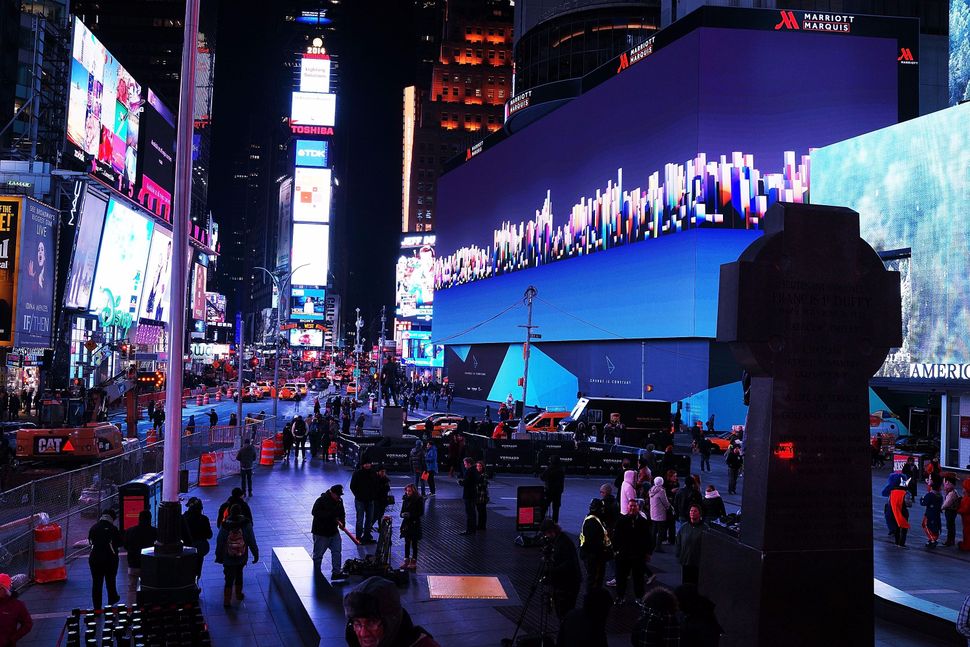 In the 20th century, New York City was shaped by city planner Robert Moses, activist Jane Jacobs, and their notorious battles. Now the city’s most famous district, Times Square, will pay homage to the impact of their clashes.

As DNA Info reports, a background animation to the opera “A Marvelous Order,” which chronicles the conflict, will take over Times Square for a few minutes each night in May.

The animation is the work of Joshua Frankel, also the opera’s director; he created the opera with composer Judd Greenstein, librettist Tracy K. Smith, and choreographer Will Rawls. An excerpt of “A Marvelous Order” will be performed at the Lower Manhattan Cultural Council’s River to River Festival in mid-June.

The animation, titled “I LIVE HERE,” will screen on Times Square’s famed billboards between 11:57 and midnight every night this month, as the May installation of Times Square Arts’s and Times Square Advertising Coalition’s “Midnight Moment” series. The series is, according to its website, “the world’s largest, longest-running digital art exhibition.”

For an introduction to the opera, see the video below.