How Does Ben Platt Handle Pressure Of ‘Dear Evan Hansen’? Ask His Rabbi 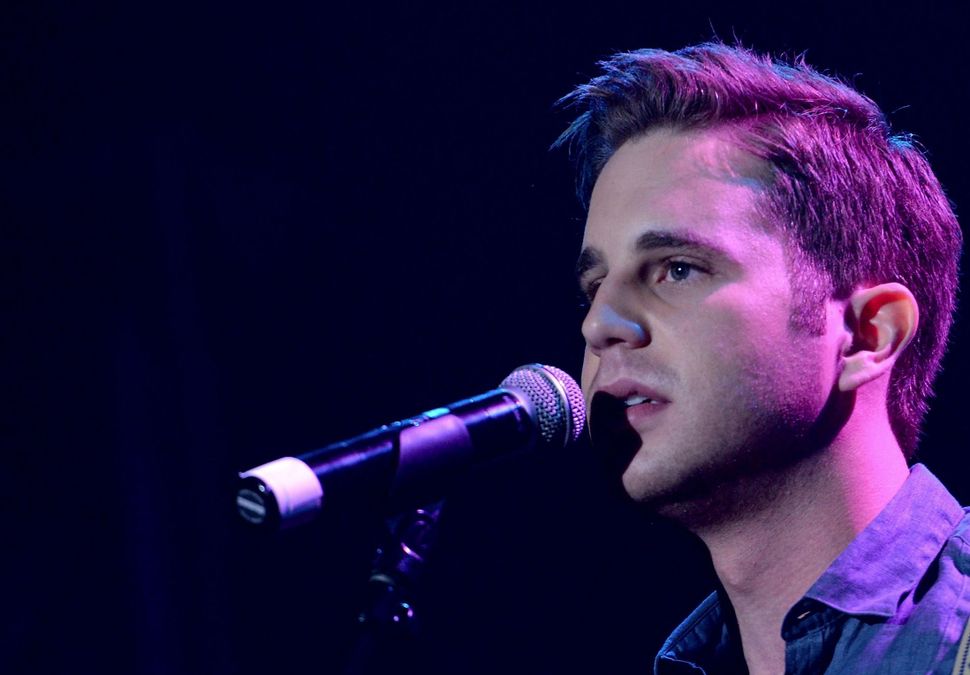 The son of theater and film producer Marc Platt, the actor has been immersed in musical theater effectively since birth, but his big break has come with “Dear Evan Hansen,” a musical about teenage anxiety that has won near-universal accolades. Many of those have been focused on Platt’s virtuoso performance in the title role. Charles Isherwood, then at The New York Times, thought Platt’s performance was “not likely to be bettered on Broadway this season;” Jesse Green, then at New York Magazine, called the performance “star-making.”

In a new profile of Platt for the Times, Joel Lovell has revealed one of the things that helps Platt deal with the many pressures of his strenuous role and newfound fame: His Judaism.

Speaking to Lovell, Platt’s mother Julie Platt explained that she and her husband had striven to give their children the same traditional Jewish upbringing they’d experienced. In doing so, she said, they hoped “to teach them to be committed to a community larger than themselves and to live a grounded life.”

Platt, the profile makes clear, is certainly grounded, keeping to a strict diet and sleep schedule, and spending hours each day in silence to facilitate his taxing performance. (“I live a pretty monkish existence,” he told Lovell.) He’s had the same rabbi his entire life — David Wolpe, a longtime friend of his parents — who attributed that quality to Platt’s upbringing, telling Lovell “I think he understands the ephemeral nature of being in time, and the permanent nature of the support that comes from the people who love him.”

Lovell even offered proof of the strength of that attachment: This past Passover, while Platt took an involuntary break from performances to recover from a yeast infection on his vocal cords, his Los Angeles-based family came to New York City to observe the holiday with him. He couldn’t speak, but, he told Lovell, “I whiteboarded my way through the seders.”

Platt’s contract with “Dear Evan Hansen” runs through next fall, and he’s kept mum on what his plans are after it closes. We can guess, though, that Rabbi Wolpe will be along for the ride.

How Does Ben Platt Handle Pressure Of ‘Dear Evan Hansen’? Ask His Rabbi