The Secret Jewish History Of Chris Cornell And Soundgarden 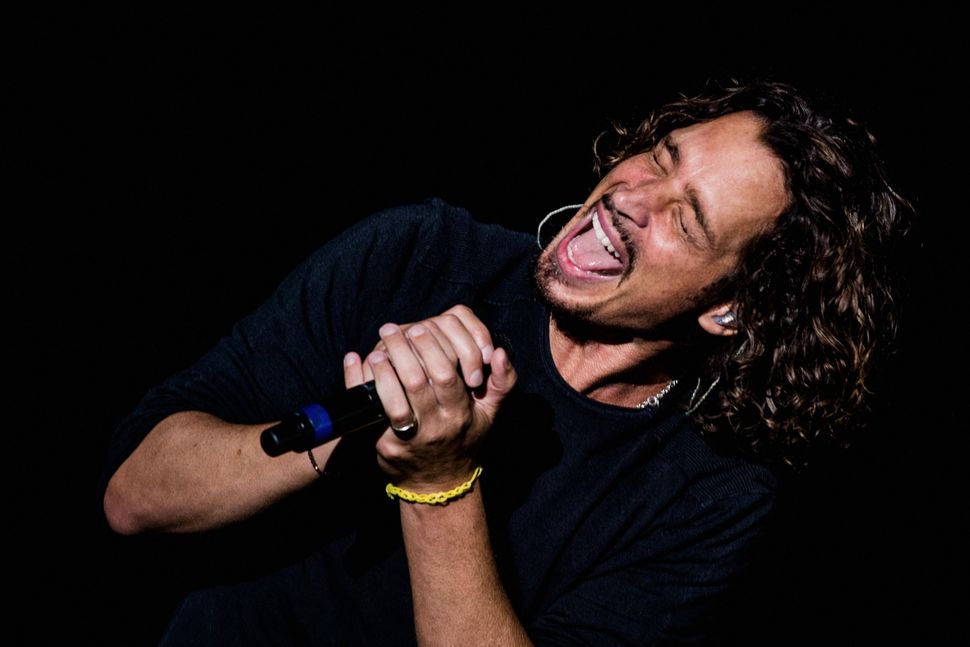 Rock vocalist Chris Cornell, who died early this morning at age 52 after performing a concert in Detroit with his Grammy Award-winning grunge-rock outfit Soundgarden, will be best remembered for the group’s massive 1994 hit, “Black Hole Sun.” Released in the wake of grunge avatar Kurt Cobain’s suicide (Cornell’s death is being investigated as a possible suicide), the dark, moody ballad was what the Beatles might have sounded like had they come of age in Seattle in the 1990s instead of Liverpool in the early 1960s.

While the song’s meaning has long been the subject of debate, there’s no question it paints a gloomy picture of a world of darkness — “’neath the black the sky looks dead” — in which “times are gone for honest men.” The song comes with the requisite Biblical imagery of snakes, prayer, and an invocation for “Heaven [to] send Hell away” that one might expect from a songwriter who attended Catholic school as a youth — although Cornell once told an interviewer that his mother was Jewish.

Cornell’s most controversial Soundgarden song, however, remains “Jesus Christ Pose.” Released in 1991 as the first single off the band’s third album, “Badmotorfinger,” the song is a thrash-metal musical sledgehammer over which Cornell wails like a banshee in his best Robert Plant imitation, “And you stare at me in your Jesus Christ pose / Arms held out like you’ve been carrying a load.”

Cornell explained to SPIN magazine at the time, “You just see it a lot with really beautiful people, or famous people, exploiting that symbol as to imply that they’re either a deity or persecuted somehow by their public. So it’s pretty much a song that is nonreligious but expressing being irritated by seeing that.”

The song got the band in hot water, with some reading into it anti-Christian sentiments, reportedly provoking death threats against the band on a UK tour at the time. The music video that accompanied the number featured lots of crucifixion imagery, including a woman on a cross, leading to a ban on its airing by MTV.

Others, however, read the song as a dig at Jane’s Addiction frontman Perry Farrell, the rare rocker who proudly wore his Judaism on his sleeve, as he does to this day in his guise as DJ Peretz (Farrell’s given name is Peretz Bernstein). Farrell had appeared in a photo shoot for Exposure magazine in a pose some viewed as a reference to Jesus’s crucifixion; you can view the image and an interview with the photographer, Chris Cuffaro, on YouTube here:

For all Cornell’s complaints about Farrell, the two apparently got over their dispute, as Farrell invited Soundgarden to perform in Lollapalooza, Farrell’s traveling alternative-rock festival, in 1992 and again in 1996. And this morning, just a few hours after his death, Farrell paid tribute to Cornell on Twitter with this tweet: “A shining voice in music has left us in the midnight. He was a complex and gentle soul #ChrisCornell has flown into the black hole sun.”

Seth Rogovoy is a contributing editor at the Forward, where he often writes about the intersection of Jewish themes and popular culture.

The Secret Jewish History Of Chris Cornell And Soundgarden