Radiohead Singer On BDS: ‘I Don’t Agree With The Cultural Ban’ 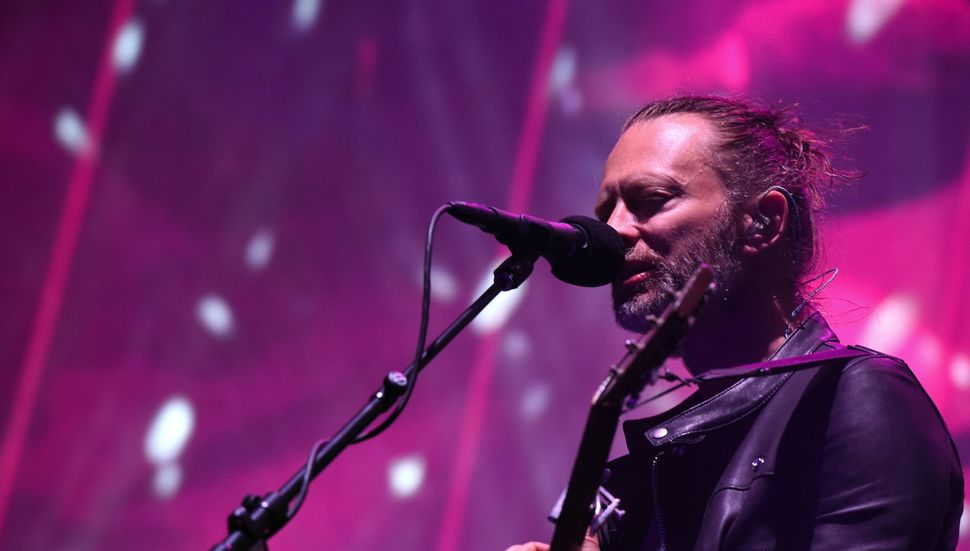 In a new interview with Rolling Stone, Radiohead’s Thom Yorke has responded to calls for the band to cancel a July performance in Israel.

“I’ll be totally honest with you: this has been extremely upsetting,” he told the magazine. “There’s an awful lot of people who don’t agree with the BDS movement, including us. I don’t agree with the cultural ban at all, along with J.K. Rowling, Noam Chomsky and a long list of others.”

Yorke made his comments in response to an open letter published by Artists for Palestine UK in late April, which urged Radiohead to withdraw from their Tel Aviv show, the last in their current tour.

“By playing in Israel you’ll be playing in a state where, UN rapporteurs say, ‘a system of apartheid has been imposed on the Palestinian people,’” the letter argued. “Since Radiohead campaigns for freedom for the Tibetans, we’re wondering why you’d turn down a request to stand up for another people under foreign occupation,” it added.

“The kind of dialogue that they want to engage in is one that’s black or white. I have a problem with that,” he told Rolling Stone.

“It’s really upsetting that artists I respect think we are not capable of making a moral decision ourselves after all these years,” he later added.

Yorke also brought up Radiohead guitarist Jonny Greenwood, who is married to an Arab Jew.

“All these people to stand there at a distance throwing stuff at us, waving flags, saying, ‘You don’t know anything about it!’ Imagine how offensive that is for Jonny,” he said.

Yorke’s primary issue with the letter, though, was the extent to which he felt the sentiments it expressed might contribute to increasing divisions, rather than healing them.

“You’re not encouraging dialogue or a sense of understanding,” he said, adding “what do you get?”

“You get fucking Theresa May. You get Netanyahu, you get f**king Trump. That’s divisive.”

Radiohead Singer On BDS: ‘I Don’t Agree With The Cultural Ban’