Why That Leering ‘Wonder Woman’ Review Does A Disservice To Criticism 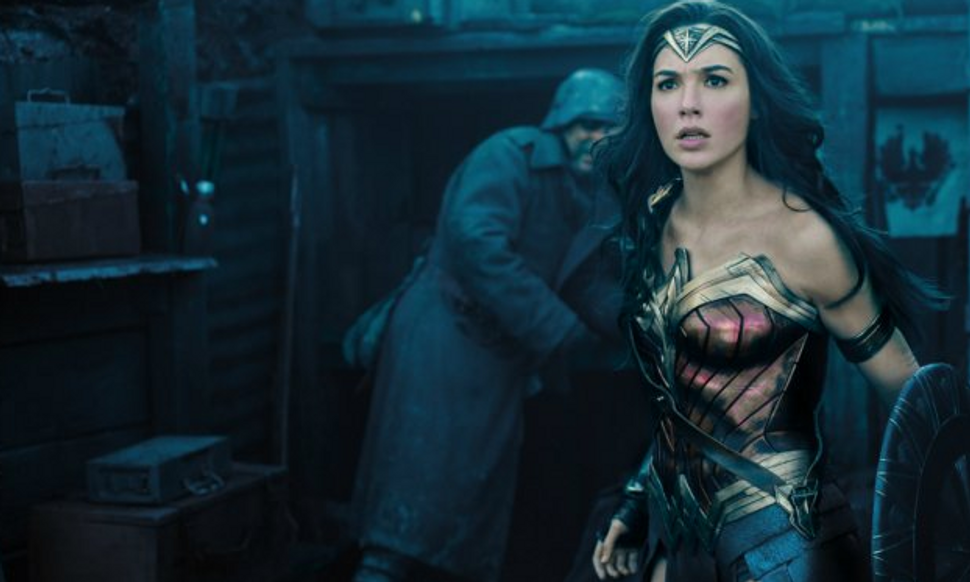 In the modern, click-hungry media, one way to ensure a piece racks in readers is to have it be egregiously offensive.

Much of Edelstein’s review suggests sexism, from his declaration that, despite a lack of the S&M intonations of the original comic in the Patty Jenkins-directed film, he “didn’t miss Lynda Carter’s buxom, apple-cheeked pinup,” to his description of Gadot’s Diana, newly arrived in London from her isolated Amazonian island, as looking “fabulous in her suffragette outfit with little specs.” (The point of being a suffragette was not to look cute.) But the most discomfiting moment of all might be when, complimenting Gadot’s “raspy accented voice and driving delivery,” Edelstein wrote, in parentheses, “Israeli women are a breed unto themselves, which I say with both admiration and trepidation.”

It’s a line clearly intended to garner laughs, but it’s cringe-worthy because there’s little that’s funny about a man treating the prospect of an assertive woman as good fodder for a joke. The idea that an entire country’s worth of women is a “breed” is similarly unamusing; the term itself is demeaning, and the idea behind it both homogenizes and objectifies the women in question. (The sentiment is also dismissive of Gadot’s individual talent and ability. She’s not good in “Wonder Woman” because she’s Israeli.)

Edelstein isn’t the first writer to treat Israeli women as, collectively, a curio to be idolized, demonized, and much of the time, sexualized. There was the Vice writer who insisted on interpreting the fact that Israeli women remain women while in the IDF as a form of protest. The second Google result for the search “Israeli women soldiers” is a Daily Mail article (yes, really) about the Hot Israeli Army Girls Instagram account. There are even the Twitter users who, after I published a critical account of Birthright in the Forward last summer, sent me images of women in the IDF informing me that they were “real Jewish women,” while I was a cowardly interloper.

Israeli women are by no means the only group of women in the world to experience this kind of treatment, or the group of women whom it affects most adversely. And while Edelstein’s piece has provoked a fair degree of rage online, it’s safe to say that film criticism is not the most noxious form that this kind of sexism takes.

But it does matter, both from a critical perspective and a social one. Criticism helps shape everything from how a film does at the box office — “Wonder Woman,” for the record, isn’t suffering in that regard — to how audiences perceive the artistic and cultural traditions with which it engages. Using it to make jokes that generalize or demean is an annoying misuse of cultural power, and it validates a prevalent contemporary strain of criticism-by-label that’s not doing anyone much good, whether in the form of an angsty squabble on Twitter or an intensely relevant debate over whether, say, Zionists can be feminists.

There was another way for Edelstein’s review to progress; in a more succinct version delivered on NPR’s Fresh Air, to which he regularly contributes, the overdone admiration of Gadot’s looks and the mock-awe at her Israeli-ness were both notably absent. Where in the New York Magazine review Edelstein wrote of Gadot’s face, in battle, looking “Pre-Raphaelite, flushed and suffused with a sense of purpose,” on NPR he simply said “There’s wonder in her face.”

The difference in clear. One description is titillating — and confusing, given that Pre-Raphaelite paintings tend to showcase women whose emotions range from bored to dead — and the other is both straightforward and suggestive of something genuinely meaningful. A movie about a Pre-Raphaelite Israeli woman flushing and dressing as a charming suffragette is not a movie that has much to recommend it; ditto for a review that paints it as such. But a movie in which the struggle for peace and justice is shown as something filled with wonder — and a critic who has the insight to bring that quality out even further — has something serious going for it.

On June 6, five days after publishing his initial review, Edelstein replied to criticism of it in an online article for New York Magazine’s Vulture. His response was mixed. He vigorously defended most of the questionable statements that he made, including that on Israeli women, writing “My God, do I stand by the sentiment. They live in the pressure cooker that is Israel, where they have to stand up to a lot of angry Jewish men. (Doubt that characterization? Try driving in Tel Aviv or Jerusalem.) They serve in the army alongside men.” But he acknowledged that needing to defend them in the first place was evidence that the review meant that those statements, no matter how defensible, “weren’t good or nuanced or sensitive enough to their ramifications.”

Most interestingly, Edelstein closed his response with an acknowledgment that he hadn’t written his review with the idea, prevalent for many female audiences, that a superhero movie that starred a woman and was directed by one was groundbreaking. “If ‘Wonder Woman’ will empower women at this moment in history — in which reproductive rights are imperiled, and an admitted groper is working to undo decades of gains for women — then some of the criticisms of my review are just,” he wrote. “I reserve the right to think that this is not, overall, a very good movie. But it is an important one.”

It’s an odd last move for a writer attempting to recover from a review that, despite his belated defense, treated the woman-ness of both “Wonder Woman” and Gal Gadot as a shiny toy, rather than a serious development to be addressed with nuance. A critic’s work is not one of appeasement, and it’s difficult to see how Edelstein’s conclusion could be seen as anything else. He clearly hasn’t changed his understanding of the film, and he’s right that it would be disingenuous for him to claim as much. But catering to what he imagines his incensed readership wants by letting them know the movie is “important” is a pat on the head.

What Edelstein needed to do was address the film with objectivity, which means genuine criticism that both explores the significance of its gender politics and looks beyond them, to the film’s core. What he needed was to treat the film with a critical care that would read as equal to any paid to another, male-led film of the same ilk. By calling the movie “important,” Edelstein gave the film a gold star on gender, and left its genuine meaning, or lack thereof, largely unaddressed.

Readers can reserve the right to judge Edelstein’s review as, well, not very good. But it is important — at least, in helping audiences understand what criticism can and should do, and how much it can matter when it shirks that duty.

Why That Leering ‘Wonder Woman’ Review Does A Disservice To Criticism