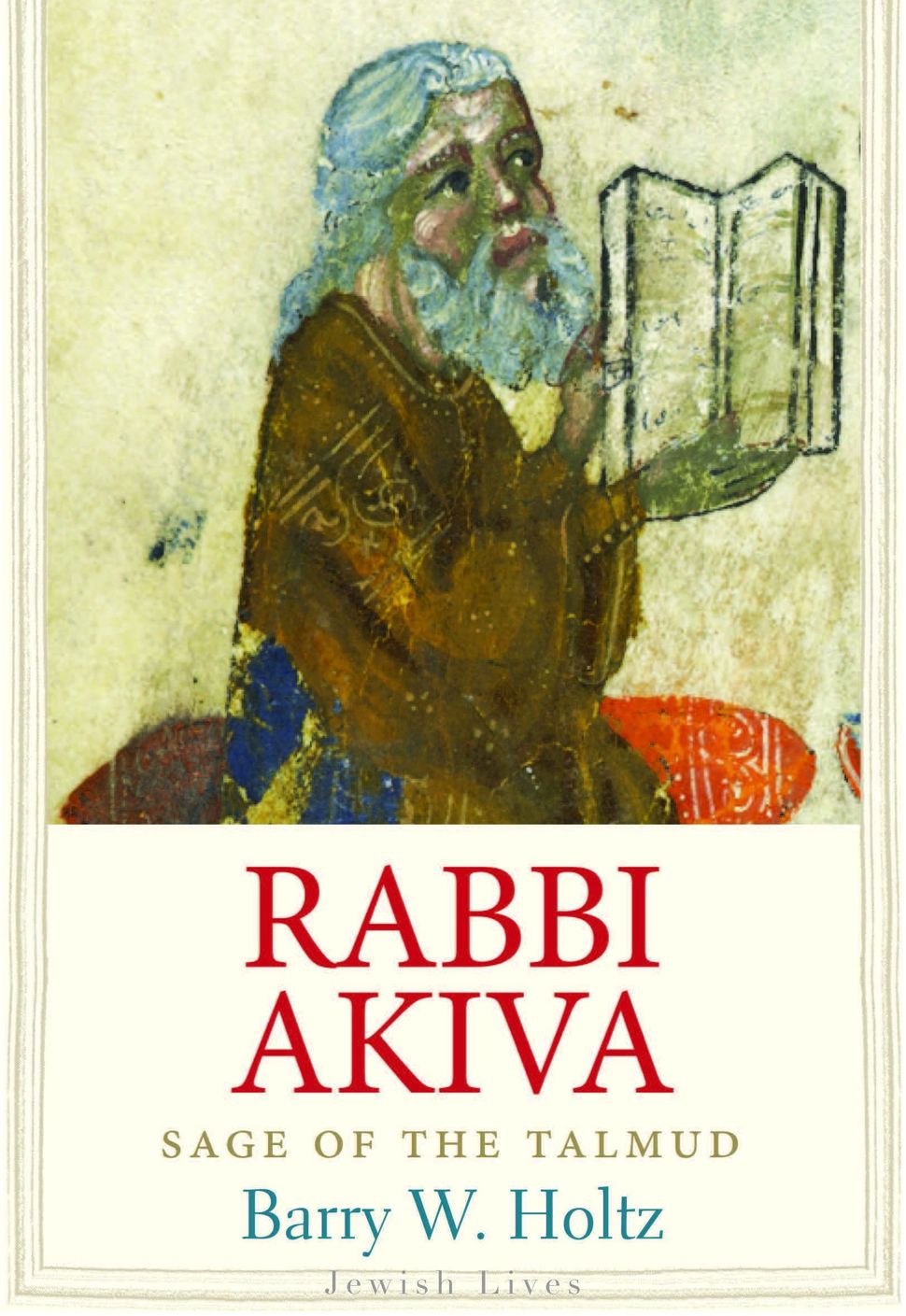 When I was a rabbinical student, my teacher, Rabbi Louis Finkelstein, told me that when he was a college student he interviewed with the legendary Solomon Schechter to study at the Jewish Theological Seminary for rabbinical school. Schechter asked him why he wanted to come to JTS, and Finkelstein recalled telling him about wanting access to the great library, of which Schechter was known to be very proud. “No,” was Schechter’s reply, “you come here to be in the presence of great men!”

In my 45 years at JTS, I have found this to be true. I am privileged to have sat at the feet of greats such as Finkelstein, Saul Lieberman and Abraham Joshua Heschel. One great man whom I missed studying with in the flesh, but who was nonetheless very present at JTS, was Rabbi Akiva. Louis Finkelstein wrote a fulsome biography about him, called “Akiva: Scholar, Saint, Martyr” (1936). Heschel wrote about Rabbi Akiva’s worldview in “Heavenly Torah” (Hebrew original, 1962). Lieberman, I got the impression, thought of Rabbi Akiva as an intellectual sparring partner, if not, perhaps, as his equal. To study at JTS was to be in the presence of Rabbi Akiva

Then JTS graduate Jacob Neusner and his students, especially William Scott Green, put an end to the foolish consistency of writing rabbinic biographies. These works were not biographies in any conventional sense. If anything they were hagiographies, lives of the saints. Indeed, Finkelstein acknowledged this in his biography’s title. The difference was that he actually believed Rabbi Akiva to be a real Jewish saint and not a mere literary construct.

For the past 45 years since the Neusner “revolution,” there has been an understandable dearth of scholarly writing about the lives of the earliest rabbis. They could be approached as characters in literature or by examining their hermeneutic methods, but rarely as rabbis who were exemplars of how to live a Jewish life. Imagine if these ancient rabbis might have something to teach us yet today.

Enter Barry W. Holtz, Baumritter Professor Of Jewish Education at JTS. In his new portrait of his hero, Rabbi Akiva “the teacher par excellence,” Holtz takes careful account of the scholarship about and challenges to writing rabbinic biography in recent decades. He looks at individual stories about Rabbi Akiva and treats each of them through a literary critical lens. His scholarly acumen is such that he accounts for current historians’ pronouncements on the forces that shaped the late first and second centuries. He treats the often multiple versions of these stories to understand their development and, most important, their religious meaning for readers then and now.

Holtz has taken on an ambitious task. He is writing an “imagined biography,” one that never talks down to readers, yet is eminently accessible to all. I think this work should be characterized as a “spiritual biography” of a talmudic sage. It makes no pretensions that this is the actual lived life of Rabbi Akiva, but rather a portrait of the saint whom Judaism has come to revere over the past two millennia.

Even with this towering achievement, I have occasional quibbles with Holtz’s treatment. As a scholar of Midrash, I would have liked to have seen Holtz consider the received life of Rabbi Akiva, son of Joseph, as an extended meditation upon our biblical ancestor Jacob, father of Joseph. Think about the parallel lives he could have compared. The very name “Akiva” is a diminutive for the Hebrew name Yaakov/Jacob. Like Jacob, Rabbi Akiva was a shepherd. Like Jacob, Rabbi Akiva and his father-in-law were in conflict. Like Jacob, Rabbi Akiva loved his wife, Rachel. And like Jacob, Rabbi Akiva was separated from her by six or seven years at first, and then another six or seven years, depending on which story we are telling. In the end, Rabbi Akiva had 24,000 students, while Jacob left his father-in-law with the “large flocks, maidservants and manservants, camels and asses” (Genesis 30:43) that he worked “six years for” (Genesis 31:41) Coincidence? I think not. Midrash? To be sure.

Holtz delicately discusses the traditional narratives of Rabbi Akiva’s exemplary martyrdom. Although he summarizes the version of Rabbi Akiva’s death and burial in Caesarea, found in Midrash Mishle, he does not confront the contradiction between that telling and the received story we all know from both the Babylonian Talmud and our Yom Kippur liturgy. In these later tellings, Rabbi Akiva is cruelly tortured and dies as a martyr, bearing witness to God through recitation of the Shema. But Midrash Mishle, while locating Rabbi Akiva’s death in prison, never mentions torture or martyrdom. Rather, in Midrash Mishle, Rabbi Akiva dies a quiet death and is buried, in a dreamlike sequence, by his disciple Joshua and the prophet Elijah. The scholar in me wanted Holtz to demonstrate how this later tale undermines the historicity of the Talmud’s martyrology. I wished for him to acknowledge that even as pious a scholar as Lieberman had shown how rabbinic martyr tales were dependent on Christian and pagan versions of that genre.

Holtz, however, chose to stick with the received talmudic and liturgical traditions. For him, Rabbi Akiva is an exemplary martyr, period. That is its received meaning. For Holtz, the story of Rabbi Akiva’s brutal death is “true,” whether it is historically factual or not. It is precisely by accepting the limitations of historical biography that Holtz manages to write a religious biography in which Rabbi Akiva remains “the teacher par excellence.” His subtle sensibility results in a book that is instructive and enjoyable to scholar and layperson alike. Holtz’s “Rabbi Akiva” is a book to be read again and again, perhaps for Lag b’Omer and Yom Kippur, when Rabbi Akiva is commemorated. Thanks to Holtz, JTS remains a place where one can study Torah in the presence of great men.