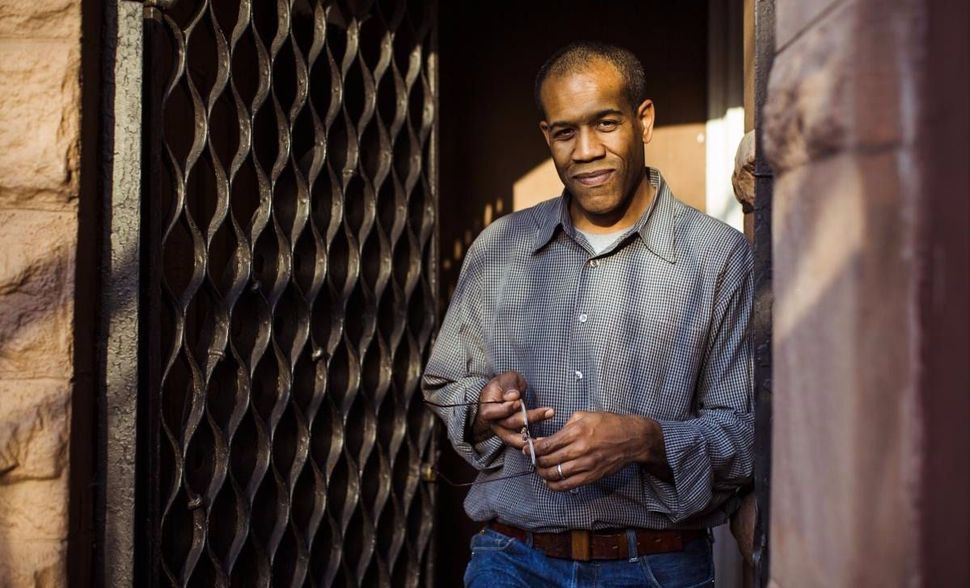 Nobody ever said a Trump presidency would be poetic, and it isn’t. From midnight tweets full of babyish interjections, to a press secretary who sometimes sounds like he’s reading a Ouija board, the English language has in a few short months taken a beating — much harsher, remarkably, than the one George W. Bush gave it with his chronic malapropisms. Trump does not even mean well toward the language; it refuses to obey. He does not like to communicate, but rather uses words the way the old He-Man character Ram Man used to use his head: as a battering ram.

It was therefore no surprise that Trump’s opening ceremony lacked an inaugural poem. Someone suggested Ada Limón’s 1976 “American Pharoah,” which features the lines, “Remember when I used to think everything / was getting better and better? Now, I think / it’s just getting worse and worse.” This is apropos, of course. However, it should be said that poetry can do more than helplessly lament.

I won’t suggest another inaugural poem, but I would like to call attention to a healing poet whose ecumenical worldview is the exact anodyne for the ailing progressive spirit at this backward moment. He’s alive and still at work, and only recently has he acquired a bit of fame. Protest the crude and racist tweets polluting the air on little batwings, yes, but then lift up your discourse with a reading of Greg Pardlo, the Whitman-like seer who won the Pulitzer in that long-ago year 2015, when America seemed approximately sane. Let populists obsess over meaningless national boundaries; let “the best of MacLeod” sing national ballads and the worst tweet out Pepe the Frog to the tune of bad “alt-right” haircuts. Pardlo’s poetry, meanwhile, has no borders and no race.

Pardlo, who’s been the only dark-skinned person in many a room, told me that race does not exist. Race is a fiction invented by racists, he says, and he lives this creed in his poetry, tacking back and forth across flaming cultural boundaries that incense and intimidate other writers. For instance, he writes black novelist Ralph Ellison and dead white male Demosthenes into one poem, “Renaissance Man,” with equal love for both. After reading his prize-winning collection “Digest” and talking with him at Alice’s Arbor on the edge of Bedford-Stuyvesantin Brooklyn, I am persuaded: Race does not exist, except in our heads.

The neighborhood around Alice’s Arbor, a coffee shop on the border between Clinton Hill and Bed-Stuy, where Pardlo lives with his wife and two daughters, has gentrified since the turn of the 21st century. With gentrification has come a change in demographics: lots of white people moving into the neighborhood that was once the “black cultural capital” of Brooklyn, as The New York Times puts it. Ron Howell of the New York Daily News welcomes the young artists moving in, but not the predatory white real estate developers.

“Gentrification is a dirty word in Bed-Stuy,” he writes. “It means little Trump-like blood-suckers canvassing the community, offering cash to elderly, long-time deed-holders at a third of the price they’d get if their buildings were sold on the open market.”

There was no evidence of racial tension, however, on the streets around the coffee shop, which occupies a stretch of Classon Avenue named for the famous abolitionist Harriet Tubman and sits opposite Crispus Attucks Park, named for the runaway slave who became the first casualty of the Boston Massacre in 1770. Roughly equal numbers of dark- and light-skinned people drifted down the sidewalks. And inside Alice’s Arbor, where blocks of wood of every shade decorated the walls like a map of all the skin colors of the world, the only pairs of diners happened to be black and white.

When Pardlo joined me, the music playing was, ironically, Pink Floyd’s “Us and Them,” so I asked him what he thought of the British Invasion bands. Pardlo’s eclectic music interests come up often in “Digest”; his poem “Raisin” mentions Diddy, 50 Cent and Marvin Gaye, while another poem, “Zoso,” is a paean to Led Zeppelin’s eminently white Jimmy Page. Muddy Waters said long ago that the Rolling Stones “stole my music but they gave me my name.” Did white people steal black music? I wondered aloud.

“I don’t distinguish black music and white music,” Pardlo told me. “My father was as much of an Allman Brothers fan as he was an Isley Brothers fan.”

Pardlo’s father, an air traffic controller and labor organizer who lost his job in 1981 when Ronald Reagan fired striking controllers, clearly helped to shape his son’s race blindness. Pardlo has a collection of essays about these events forthcoming from Knopf, and the father seems to pass in and out of the son’s poems like a spirit walking through rooms in which he used to live. When his likeness appears in the poem “Philadelphia, Negro,” Pardlo compares his category-defying father to images of blackness in Alex Haley’s “Roots,” which Pardlo watched as a child:

The TV series appeared like a galleon on the horizon
and put me in touch with all twelve angry tines of the fist
pick my father kept on his dresser next to cufflinks
and his Texas Instruments LED watch. I was not in the market
for a history to pad my hands like fat leather mittens. A kind
of religion to make sense of a past mysterious as basements
with upholstered wet bars and blacklight velvet panthers, maybe,
but as such a youngster I thought every American a Philadelphia
Negro…

“The Philadelphia Negro” was an 1899 case study of the black community in Philadelphia, conducted by WEB Du Bois, the great sociologist who co-founded the NAACP in 1909. He was also one of the first thinkers to deconstruct “the race concept” as an irrational ideology. Many writers fall prey to the race concept even when they mean well. Take Saul Bellow’s cringe-worthy question, “Who is the Tolstoy of the Zulus?” Sportswriter Ralph Wiley provided the perfect answer, in Pardlo’s eyes: “Tolstoy is the Tolstoy of the Zulus.” (Ta-Nehisi Coates quotes Wiley’s rejoinder in “Between The World And Me.”)

“Tolstoy belongs to everybody” may sound like a literary version of Michael Jackson’s pop wisdom “It don’t matter if you’re black or white.” But to practice that wisdom in apolitical poetry aimed more at truth than at change is unusual and refreshing. It’s a poetic vision that excludes nationalism and bigotry, but also takes a step back from the infinite warfare of identity politics.

Postmodern philosophies may have reinforced Du Bois’s old project of deconstructing race, but Pardlo isn’t afraid to turn a little postmodern skepticism against postmodernism itself. One of his poems satirizes postmodernism with the title “Corrective Lenses: Creative Reading And (Recon)textual/ization.” The body of the poem undermines the tortuous abstraction of the title with vivid sensual images like “tea leaves or cloudbursts in the shape of ladybirds,” and “spiral sparkshowers like a Chinese New Year, red, gold, red, gold, red, gold.”

“I’m always on the lookout for patterns of thought that can be broken or exploited,” Pardlo said

Similarly, Pardlo’s poem “Alienation Effects” interrogates Louis Althusser, one of the architects of postmodernism and a man who strangled his wife to death in a fit of insanity.

“The question I had with Althusser,” Pardlo explains, was how does he deal with guilt if it’s all baked into the language; if it’s all already ordained in the structures of thought that we receive [from culture], where does personal responsibility come into play?… And then I realized that what I was doing was a kind of detective fiction, a detective story where I’m trying to find the motive for this thing that he claims has no motive.”

The 10-page miniature masterpiece that resulted is a thrilling hybrid of poetry, fiction, history and, as he says, mystery. It took Pardlo five years of revision to complete the poem, and the mystery ultimately led the writer back to himself. Pardlo believes that the best-kept secrets are the ones we keep from ourselves, and poetry’s job is to pierce that veil of secrecy — “to force a moment of crisis in which I have no escape.”

“I often tell students,” Pardlo said, “denial exists for a very good reason. It’s to keep us sane and protect us emotionally so we get through our daily lives. But denial is the thing to be circumvented in the writing process.”

The ancient rite of poets, from Ovid to Pardlo, is not only to study society’s big lies but also, perhaps more important, to study those little ones we tell ourselves. One wonders: If people did more of the latter, would there be less of the former? Race may not exist, but racism has, lately, been on ugly display in Americans who cannot or will not think [like in ??]the refined terms poets do.

Well, if racists must exist, it’s no small consolation that great poets do, too.

Austin Ratner is the author of “The Jump Artist” (Bellevue Literary Press, 2009) and “In The Land Of The Living” (Reagan Arthur Books, 2013).