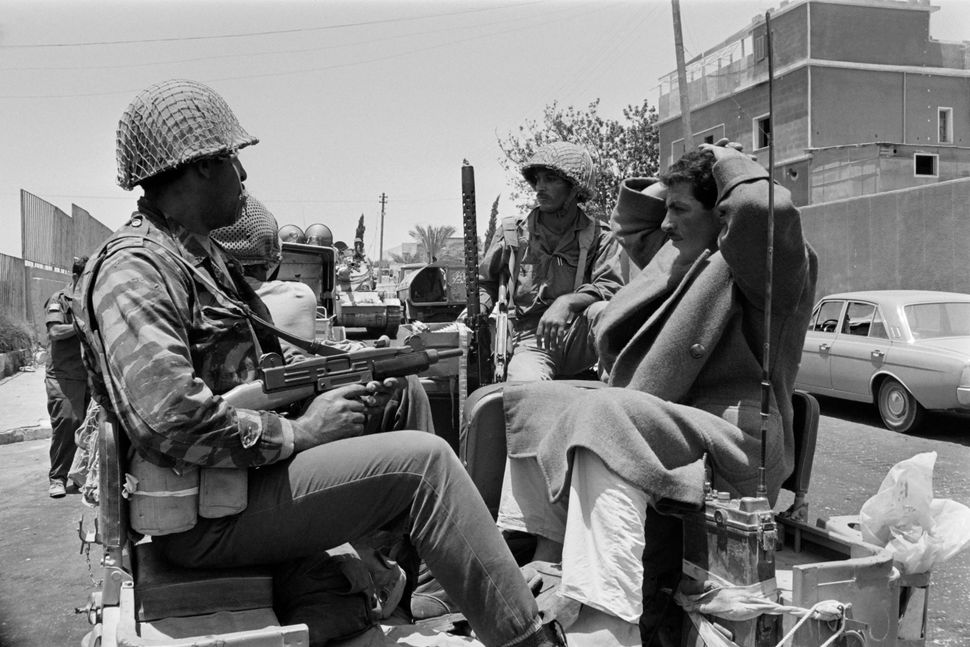 A prisoner during the Six Day War Image by Getty Images

On June 21, 1967, with the Arab world still smarting from their stunning defeat in the Six Day War, the Spanish government undertook a secret operation to free hundreds of Jews from Egyptian prisons.

At the outbreak of the Six Day War, Egypt arrested hundreds of Jews – “at least one from each family, in order to frighten the whole minority population,” Angel Sagaz, the Spanish Ambassador to Egypt, would later write. Within a week, as many as 800 Egyptian Jews — a full 20% of Egypt’s Jewish population — had been rounded up. Many were transferred to the Abu-Zaabal prison, a notoriously brutal military facility outside of Cairo. The prisoners were attacked by an angry Egyptian mob, then beaten by military guards.

With Israel still reeling from the war and U.S.-Egypt relations at a nadir, Franco’s Spain stepped in. The Iberian country was uniquely positioned to negotiate with President Gamal Abdel Nasser; Spain had not recognized the State of Israel, and it had good relations with many Arab countries.

Sagaz (who would go on to become the Spanish Ambassador to the United States) led the charge, petitioning the police and even President Nasser himself to release the Jewish prisoners. In meetings with the Egyptian Interior Ministry, he emphasized that Spain had an obligation to protect the descendants of the Sephardic Jews that had been expelled. Sagaz’s argument relied upon a 1924 decree by deposed dictator Primo de Rivera that granted Spanish citizenship to all Sephardic Jews (a similar argument was used during the Holocaust by Angel Sanz-Briz, who saved thousands of Hungarian Jews by issuing them Spanish passports). If the Egyptian police had no objection to their departure, Sagaz said, Spain would be willing to offer documents and plane tickets to the country’s Jewish population.

The story has gone largely untold for years, partly because Egypt made the prisoners’ silence a condition of their release. According to Tel Aviv University Professor Raanan Rein,

“[Sagaz] promised that those Jews who left the country would not afterwards become tools for propaganda against the Nasser regme, and would not emigrate to Israel but to countries in Europe and America. Indeed, every Jew who received a Spanish passport was asked not to publicize the situation of the Jews in Egypt and not to emigrate to Israel immediately.”

The Jews that Sagaz helped save? According to Rein, they spread out across the Diaspora – from Spain and France to the Americas, to Israel. Years later, according to the Spanish newspaper El Mundo, one of Sagaz’s children went to a bookstore in New York looking for work. The owner recognized the name, and identified himself as one of the Jews that his father had helped to escape from Egypt.

“I remember a lecture that I gave at the university on this subject ten years ago, when several people approached me to say thank you – they were Egyptian Jews that were very excited about the recognition that I had given to Sagaz,” he said. “They told me that Spain saved their lives.”