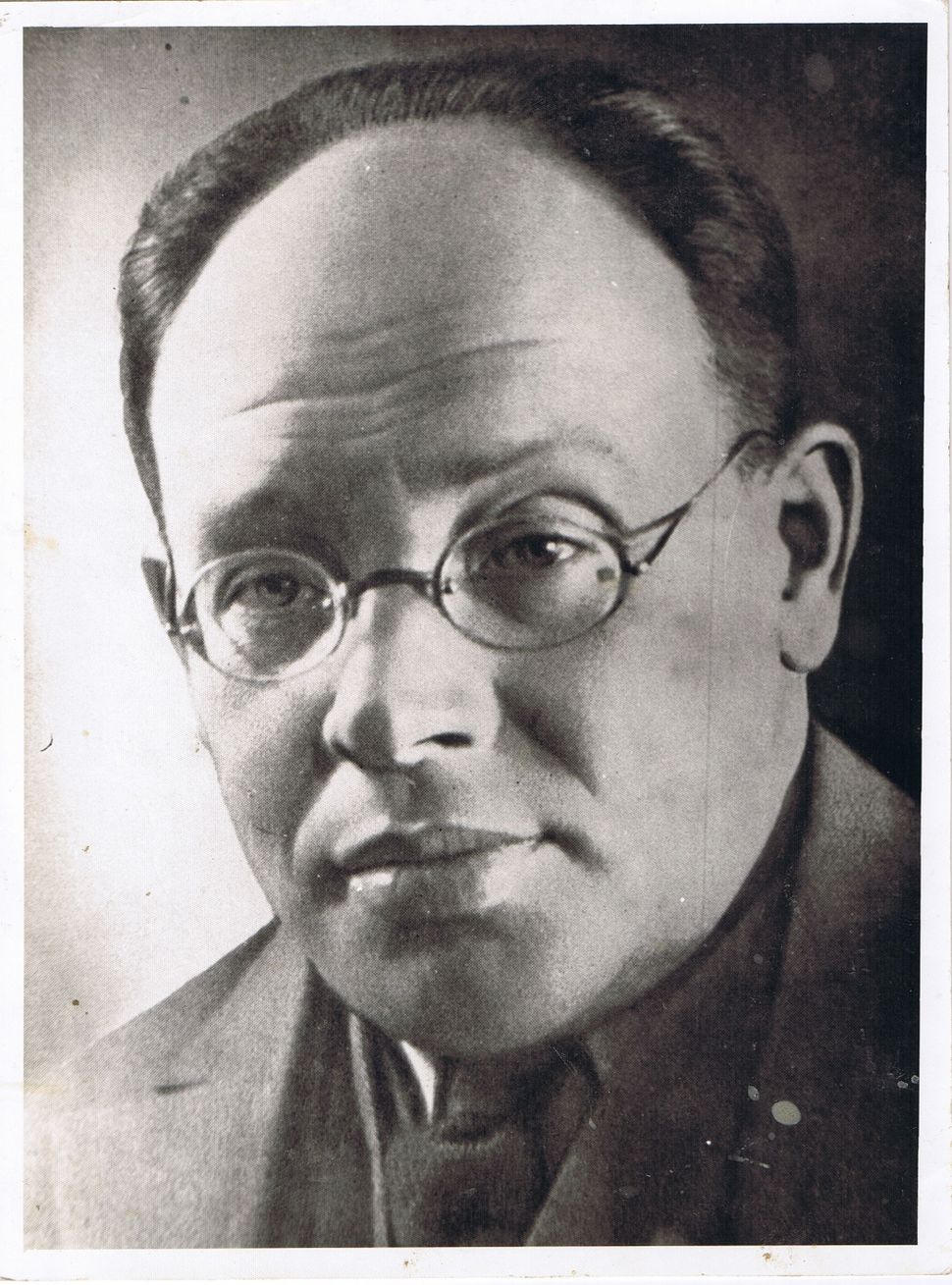 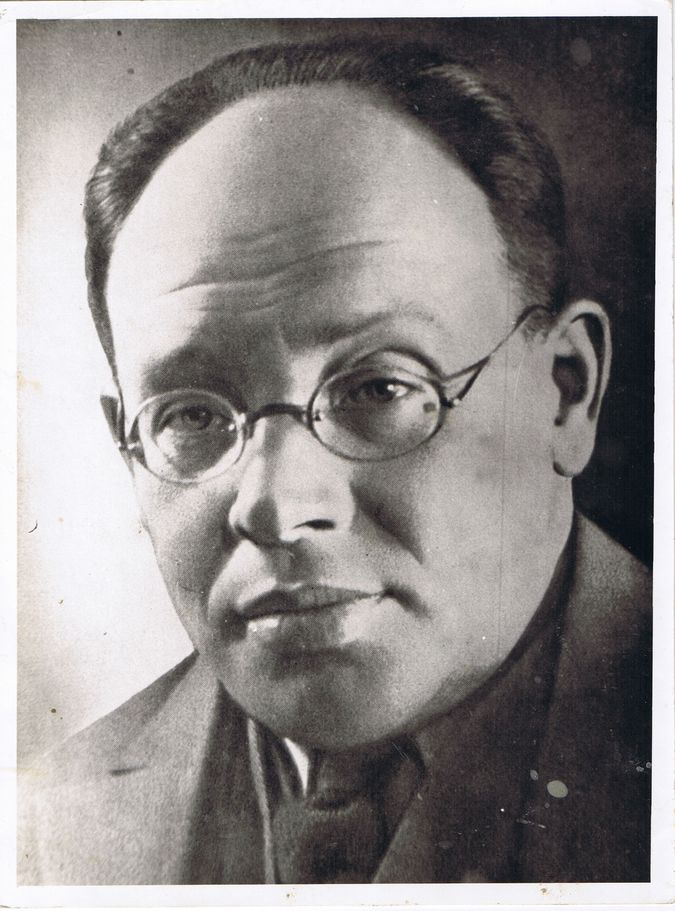 Born in 1894, he fell into the hellish century that lay just ahead. He wrote in Russian. He was a Communist. He was a university educated Jew. He was executed by firing squad January 27, 1940, in the Butyrka Prison in Moscow. He was having an affair with the wife of a powerful Soviet NKVD chief, which was probably only one of the causes of his death. He had been tortured, as were other Jewish writers suspected of disloyalty at the time. He was swept away, along with the millions of other Jews who died in the bloodbaths of a world gone mad, revealing man as savage, savage as man.

Isaac Babel was a writer who had been educated in the modern world. But he also was a Jew with memories of Sabbath candles and Talmud lessons and the sweetness of spice boxes. He was a modern writer with hopes for a revolution, for the world of equality that would absorb the Jews and keep them safe. Babel had served in the Red Army and had witnessed the brutal betrayals of humanity that occur as armies move forward and backward, trampling the ground as they wander this way or that for reasons soon forgotten in the rush of history.

The story “Gedali” opens on the eve of the Sabbath. The narrator, a soldier in the Red Army, finds himself in the small town of Zhitomer near the ancient synagogue. He happens upon a shop owned by a frail old Jewish man named Gedali. It holds an ancient compass, a stuffed eagle, a Winchester rifle from 1811 and a broken pan. It is a shop of old curios, a Dickens shop, Babel remarks. Our soldier sits with Gedali and they talk.

Gedali says, “The revolution — we shall say yes to her but are we to say no to Sabbath? Yes, I shout to her, but she hides from Gedali and sends forth only fusillades.”

“The sun does not enter eyes that are shut,” I answer the old man.

“We shall rip open the eyes that are shut,” the narrator responds.

The narrator soldier tells Gedali that the revolution “is eaten with powder — and is spiced with the best blood.” And here, in a few pages, is a report from a terrible chapter in Jewish history. The pale was always a dangerous and hard place for Jews to survive. There was poverty and cruelty, and the more than occasional pogrom. And the czar and his army were threatening to conscript Jewish boys for a lifetime of service.

But then the revolution came, and Jews were supposed to be liberated, equal; the world was suddenly open to them. But the revolution itself could not tolerate Jewish custom, difference, religious ways, and it hoped to purge Jews of their Jewishness. And often they treated Jews, assimilated or not, with fatal contempt, suspicion and violence. And so the Jews were caught in the middle of the great passions of the 20th century and in the end they fled — the wise ones, the ones quick on their feet, those who could.

Jewish life in the Pale was diminished and endangered before the Nazis came to complete the vicious work of destruction. But this conversation between Gedali and the Jewish soldier of the Red Army is not just about violence against Jews. It is also about the loss of tradition, of the Talmud, of the Sabbath, of the ways of Jewish life, the rhythms of Sabbath Queens and yeshiva boys and the smells of food and the courts of rabbis and the presence of the Shekinah on the poorest of streets when the hour comes for prayer.

At the end of the story the soldier asks Gedali, “Where can one get a Jewish cracknel, a Jewish glass of tea and a bit of that forbidden joy inside of the glass of tea? “

“Nowhere,” Gedali answers: ‘There is a tavern next door and good people used to run it, but they no longer eat there, they weep in there. The town is emptied of its Jewish colors. “

In a way this short story is a perfect Zionist proclamation: “Jews, it is over here in Europe. Flee while you can.” But this story is not a simple call for flight as much as it is a prayer for the lost imperfect world where the Sabbath meant rest and the synagogue stood at the center of the heart, and wistful, mystical clouds drifted in the evening sky.

But while there is a heavy sentiment, a kind of nostalgia is mingled with pain in these few pages. The story is clearly not a plea for return to the shtetl. It is a comment on Jewish fragility. And this is where its Zionist message beats loudest. The Pole, the revolution, both will crush the Jew. Christian nationalism, Communist triumphalism, in their certainty that they own the land, the future, that they have right and might on their side, will, in fact, in reality, soon after this story is written, destroy the Jewish world and its helpless inhabitants. That is what Babel saw unfolding, and while he was neither a political philosopher nor a religious scholar, he saw what writers can see: the dark human animal that growls on and on, and the sharp teeth of the beast that waits for the moment to tear into flesh.

Isaac Babel wrote a whole book about Jewish gangsters. He was not a romantic soul. In this brief short story the modern writer, now a soldier, talks with Gedali, who is a keeper of odds and ends, things of another time, not of much use in the present. Babel leaves us, even now in 2017, afraid of the next turn of history, afraid of the next army that has the truth, the one truth, and is coming for us wherever we are. This story lets us mourn for all that was lost and leaves us more than a little afraid of what we ourselves can become when we have the guns and someone else is rushing to the house of prayer. Perhaps sometime in the future, someone will visit a curio shop and find a jacket with a Hillary button pinned to its lapel and pause to wonder: What if that America had not disappeared, leaving behind only vague signs of what might have been?

The plot of this story is Jewish fate, and the language of the story is the sound of Jewish loss. Once read, this story will never be forgotten.

This essay is part of a series made possible by the Posen Foundation.