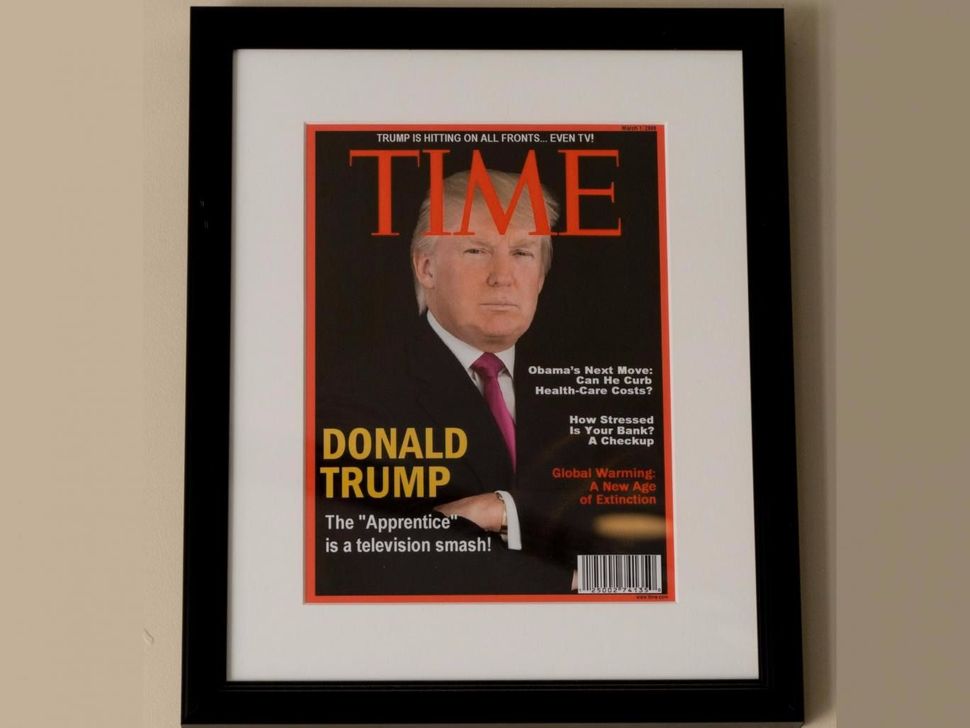 The Washington Post recently reported that a framed Time magazine cover featuring Donald Trump is hanging in at least five of the president’s golf courses. 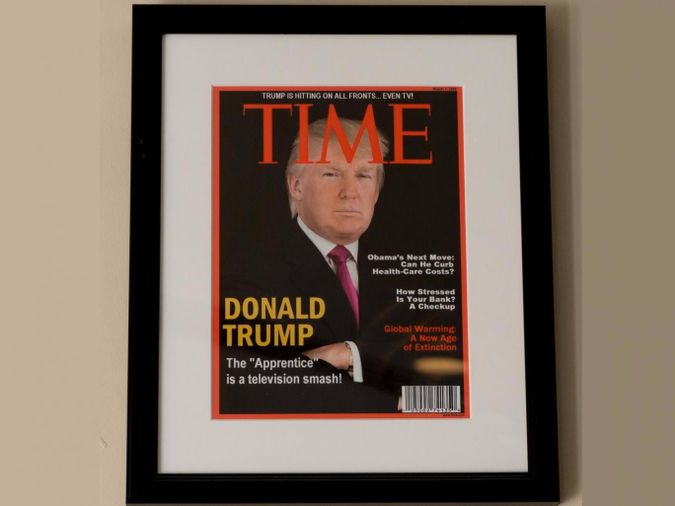 This would not be in any way newsworthy except for the fact that the cover is a poorly done fake. Yes, it seems as if Trump or somebody in the Trump business apparatus commissioned a fake Time magazine cover from a designer with the skill set, the attention to detail and the grammatical tendencies of a toddler.

Among other mistakes, the fake cover misplaces the secondary headlines, removes the thin white border before the famous red, and includes not one, but two (!) exclamation points. It is also being reported that the barcode in the lower right corner of the fake corresponds to a karaoke DJ software.

Twitter, of course, has been having a field day. A couple prime examples:

Coincidentally, I too was on the cover of Time Magazine. pic.twitter.com/xV4jr6OF9P

The whole thing is absolutely humiliating – both for Trump and for us – because of the quality of the fake and its mere existence. I wrote about the real Time Magazine Person of the Year Trump cover back in December – a cover which struck me as profoundly anxious for the years to come, a cover which was, to put it lightly, not particularly flattering. So it makes sense that Trump, like an idiot child aping the most inane propagandistic behavior of a banana republic dictator, would hang a flattering fake in its place.

You can read my December piece here.