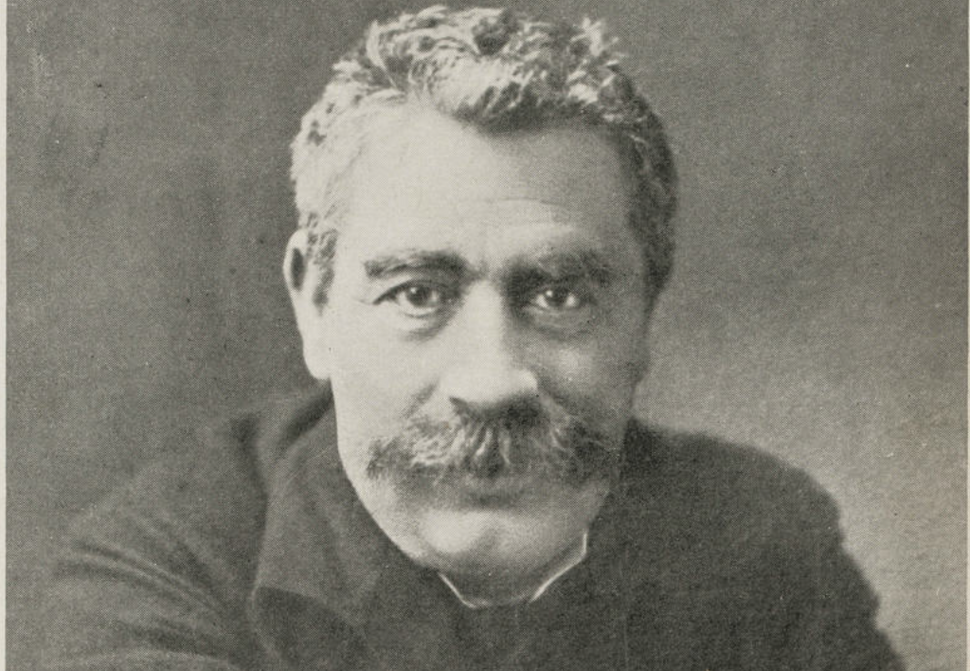 Although my name is Rogovoy, I grew up in an extended family named Peretz — my mother’s maiden name. Grandparents, aunts, uncles, cousins — I identified more as a Peretz than as a Rogovoy.

On every family’s bookshelf were the same books: volumes written by and about the great late-19th / early 20th century author I.L. Peretz, widely regarded as the “father of Yiddish literature.” Family lore had it that we were related to Peretz (not as direct descendants, but as cousins). Being one of the more bookish ones of my generation, this fact duly imprinted upon me a sense of duty — a duty to live up to my forebear in some way — such that by the time I was eight years old, I confided to one of my Rogovoy cousins that it would be my life’s work to follow in Peretz’s footsteps, to be a writer and a cultural force among my people. Such were the dreams of an impressionable youngster living as much in the world of books and imagination as in the playgrounds of his youth.

Now, some 50 years later, despite two well-published books on Jewish cultural topics to my credit and a position on the masthead of the national Jewish newsweekly Forward – the English-language successor to the once-great Yiddish daily, Forverts – I haven’t come close to fulfilling the great ambitions of my youth. Unlike Peretz, the only thing I can claim to have fathered are two terrific young adults.

But it has been to my great pleasure and satisfaction that, after several decades in exile as a rock critic and regional journalist, almost all my current work as a writer and otherwise is part of the vital, thriving conversation and renaissance of neo-Yiddish American-Jewish culture. While I long ago gave up those early dreams of being a Peretz-like figure (by age 15, I had forsaken my ancestor for following in the footsteps of the likes of Robert Christgau and Dave Marsh, who wrote about rock music in Long Island’s daily newspaper, Newsday), I somehow have wound up back in his neighborhood, both figuratively and literally — much of my time for the last two decades has been spent in and around the Lower East Side of Manhattan, where immigrant Yiddish culture once thrived — and to some small extent, still does.

When I saw the terrific, Tony Award-winning play “Indecent” — about the great Yiddish writer Sholem Asch’s controversial play, “God of Vengeance” — on Broadway a few weeks ago, I was struck by a line of dialogue, one of the only ones to ring false in what otherwise was a work of true genius by Paula Vogel. As in real life, Peretz plays a role in the drama, as a mentor to Asch, and one who legend has it recommended that Asch burn his play rather than stage it. That much is probably true, because as much as Peretz was an artistic visionary, he was also politically astute, and he knew that Asch’s portrayal of Jews as corrupt, licentious, and irreverent whoremongers would bring down upon him the wrath of elements of the Jewish community as well as the authorities (which it did). Vogel, however, has Asch’s wife dismissing Peretz’s advice, saying “Mr. Peretz is a lovely man, but he is so nineteenth century.”

In fact, Peretz dragged Yiddish kicking and screaming into the 20th century decades before the calendar turned to 1900. And just a few years into the new century, he wrote a thoroughly modernist drama called “A Night in the Old Marketplace.” As written, the play was virtually impossible to produce, and as a result it was rarely staged. It required several dozen actors, plus, as Debra Caplan, who teaches about Yiddish theater at CUNY, notes, “eight shape-shifting buildings (stable enough for actors to climb upon), a hidden catapult, giant movable tombstones, a floating cemetery that emerges in mid-air, and a remote-controlled mechanical rooster.” It was, says Caplan, a modernist work that cried out for a multimedia treatment many decades before multimedia was even a thing.

Through the genius of creator/director Alexandra Aron, composer Frank London (cofounder of the Grammy Award-winning group the Klezmatics), and playwright Glenn Berger (“Spiderman: Turn Off the Dark”), this rarely staged work has now been adapted into a multimedia folk oratorio — a brilliantly entertaining if still mystifying work of theatrical creativity that incorporates animation, live music, and narration.

And now, happily and full circle, I find myself producing a staging of the adaptation of my ancestor’s “A Night in the Old Marketplace” (on Saturday, July 15, at 8pm) in my capacity as artistic director of YIDSTOCK: The Festival of New Yiddish Music, at the Yiddish Book Center in Amherst, Mass.

And not only that. Through the kind invitation of Aron and London, I will play the role of Narrator, who in some ways is a stand-in for — you guessed it — I.L. Peretz himself.

If only my Peretz grandparents were alive to see this….

Seth Rogovoy is a contributing editor at the Forward and the artistic director of YIDSTOCK: The Festival of New Yiddish Music, which takes place this year at the Yiddish Book Center in Amherst, Mass., from July 13-16. He is the author of “The Essential Klezmer: A Music Lover’s Guide to Jewish Roots and Soul Music” (Algonquin, 2000) and “Bob Dylan: Prophet Mystic Poet” (Scribner, 2009). Seth lives in Hudson, N.Y. Reach him at seth@rogovoy.com