Ivanka Trump Was ‘Unelected’ — Is That A New Word? 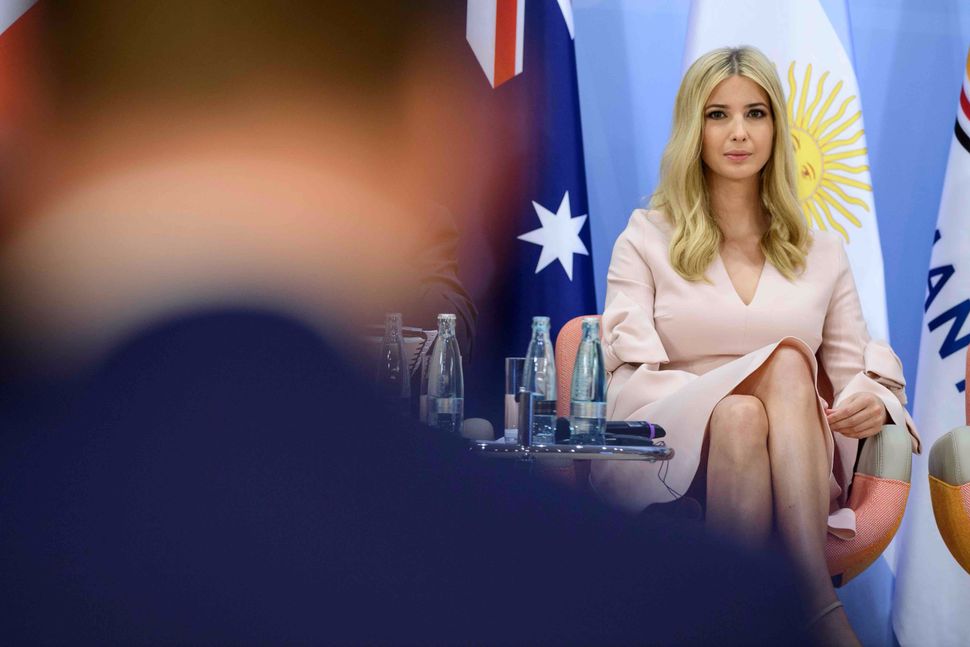 The internet raged after a photograph of a pink-clad Ivanka Trump sitting at the G-20 meeting in place of the president was snapped by a Russian official and widely shared.

“Unelected and unqualified hand bag designer, sitting at a table as an equal with world leaders. America has never looked so ridiculous,” went a tweet from actor Steven Pasquale. This was probably the most colorful tweeted take on Trump, who, wearing large bows on her sleeves, was representing America next to the likes of Angela Merkel and Theresa May.

It might sound like “unelected” is another word coined in 2017. But it turns out that “unelected” was first used in 1776, according to Merriam-Webster — which has a new feature listing, “first known use in print.”

Some other words that date from that year, according to the dictionary, are “slaveholder”; “regime”; “sour cream.” And “killjoy.”

Maybe the return of a word from the era of America’s founding should wake us up to the need to reread the founding documents of this country. We need to remind ourselves what a “president” is and isn’t, what rights the president’s family does or does not have, and to protect ourselves against the kinglike behavior that powered the American Revolution in the first place.

If that makes us “killjoys” in Trump’s America, so be it.

Aviya Kushner is the Forward’s language columnist and the author of “The Grammar of God.” Follow her on Twitter, @AviyaKushner

Ivanka Trump Was ‘Unelected’ — Is That A New Word?