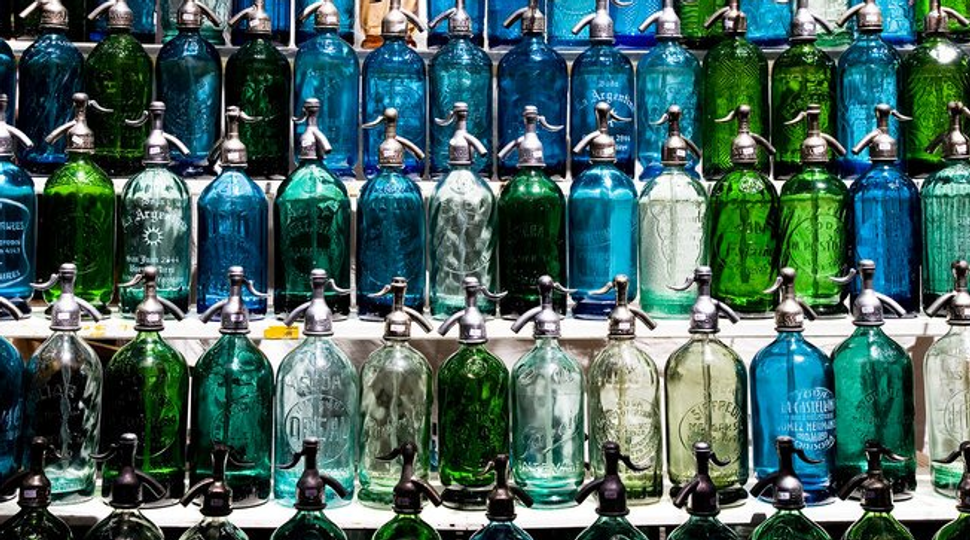 Park Slope transformed from a neighborhood marked by economic and social strife to one where a brownstone cost millions. “Girls” happened. Hipsters happened. “Williamsburg” became a name that evoked the chic, cool, and expensive, an enclave of scrappy artists no more.

But Miller was still there, lugging 70-pound cases of genuine seltzer on the route he’d owned since 1960.

Now Miller, 84, has retired. But as The New York Times reported, the oldest of Brooklyn’s remaining seltzer men — a once-large group that has dwindled as the borough has changed — isn’t going to let his longtime industry wither. In a poetic turn, he’s sold his route to Alex Gomberg, the youngest of the seltzer men and the founder of Brooklyn Seltzer Boys.

For Miller, the shift is something more than the end of a career.

He was speaking to Barry Joseph, author of the forthcoming book “Seltzertopia: The Effervescent Age,” as Joseph spent a day with him on his route.

Speaking to the Times, Gomberg noted that the feeling was mutual.

As the route changed hands, he said, some of Miller’s longtime customers had decided to stop having seltzer delivered. Their reason wasn’t the higher price tag on Gomberg’s deliveries — $40 for a case of 10 bottles, a few dollars more than Miller charged — but, rather, that “they did it for Eli.”

The physical stamina needed for the job may have left Miller. (“Old seltzer men never die,” he told the Times, “They just lose their spritzer.”) But his passion for seltzer, it seems, will be eternal. Back in 2010, as Joseph filmed him at the start of his route, Miller, then 78, hefted wooden crates filled with antique seltzer bottles into the back of his car.

“Nothing quenches your thirst like cold seltzer,” he said, smiling.