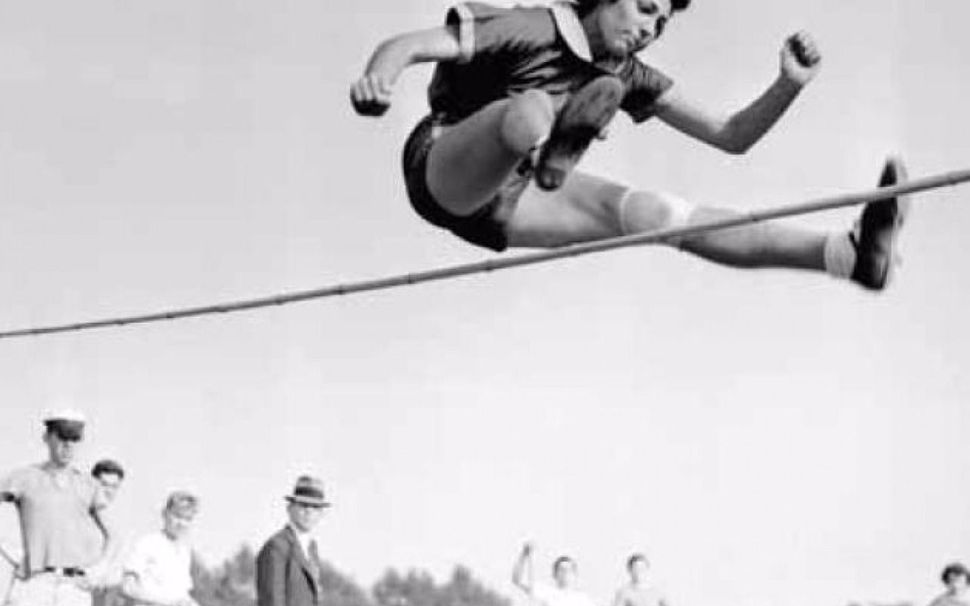 The German Jewish athlete Gretel Bergmann, who died on July 25 at the age of 103, proved that for some Holocaust survivors, there were limits to postwar reconciliation. Barred as a Jew from participating in Hitler’s 1936 Berlin Olympics and forced into exile, Bergmann made a new life in America, starting out as a cleaning lady. She refused thereafter to speak the German language, and until old age, when she was rediscovered by German sports journalists, she likewise rejected invitations to return to the homeland which had betrayed her. In 1995, when a sports complex in Berlin-Wilmersdorf was named after her to make amends, Bergmann still maintained her travel boycott. Only in 1999, when a stadium at her native Laupheim in Baden Württemberg, southern Germany was named after her did she attend, although telling the press: “I had stopped speaking German and didn’t even try when I was there. They provided a translator.”

Born in 1914, Bergmann triumphed as a teenager, setting a national record for the high jump in 1931. As her own memoirs, “By Leaps and Bounds” and “I was the Great Jewish Hope” recount, after the Nazis seized power in 1933, she was thrown out of her athletic club as a Jew. Her parents sent her to study and continue sports in London, where she excelled in the 1934 British Championships, again winning the high jump.

As a temporary propaganda measure, the German sports official Hans von Tschammer und Osten urged Bergmann by letter to return to try out for the Olympic team, so as to look like a liberal country that accepted Jewish athletes. At the same time, implicit threats were made to her family if she refused to return. She did so, but shortly before the Olympics, she was replaced on the team, supposedly for poor performance. She admitted, “I did a lot of cursing… It wasn’t so much that I wanted to be in the Olympics, it was much more that, as a Jew, I wanted to show what a Jew could do.” She added, “I wanted to prove to the Germans and the world that Jews were not these terrible people, not fat, ugly, disgusting, as they represented us. I wanted to show that a Jewish girl can defeat Germans in front of 100,000 people.”

Her Nazi-approved replacement was Dora Ratjen, who decades later admitted that he was a man disguised as a female athlete. In the fictionalized German tribute film, “Berlin ‘36” (2011) the screenwriter invented an implausible romance between Bergmann and Ratjen. As Bergmann told an interviewer in 2009, “Certainly nothing like that happened. But I can understand why they did it — a 90-minute film about high jumping? I think they needed to add a bit of spice.”

She likewise saw humor and irony, as she confessed to “Die Welt” on the occasion of her centenary, when she discovered Ratjen’s true gender in 1966. Reading an article in “Time Magazine” in a dentist’s waiting room, she screamed with laughter “like a madwoman. They all thought I was freaking out.” There were no laughs after Bergmann reached New York safely in 1937, when many of her friends and relatives, as well as the parents of her husband Bruno Lambert, were murdered. Bergmann nursed many decades of fury and loathing, as she admitted to a German interviewer: “I cannot say that God was good to me, because I no longer believe in him since more than six million Jews were murdered during World War II. I am so glad that we fled in time.”

Germany made much-belated gestures towards reparation. In 2009, when her national record from 1936 was restored by the German track and field association, which also admitted her to the national sports hall of fame, Bergmann’s response was a mild “that’s nice,” since the honor “doesn’t bother me one way or another. If it would never have happened, I wouldn’t have killed myself either.” Although the German press trumpeted a “reconciliation,” there was little concrete evidence of that from Bergmann.

Instead she concentrated on a happily married life, wed for over seventy years to Lambert, a German Jewish long jumper who became a doctor. Lambert died in 2013 at age 103, and Bergmann gave some generalized advice about how to achieve an enduring marriage:: “Take it and smile,” and have two TVs in the house. She was an avid Yankee fan, while Lambert followed the Mets. Bergmann calculated that since the couple rooted for their teams in different rooms, there were “actually only 35 years of marriage, yes. A long-distance relationship.”

Nor did the irony of the high jump outcome at the 1936 Olympics escape her, when after Bergmann’s expulsion, the gold medal was nabbed by a Hungarian Jewish athlete, Ibolya Csák (1915-2006), much to the Nazis’s dismay.