Remembering the Jewish Voice Behind Cindy Lou Who and Rocket J. Squirrel 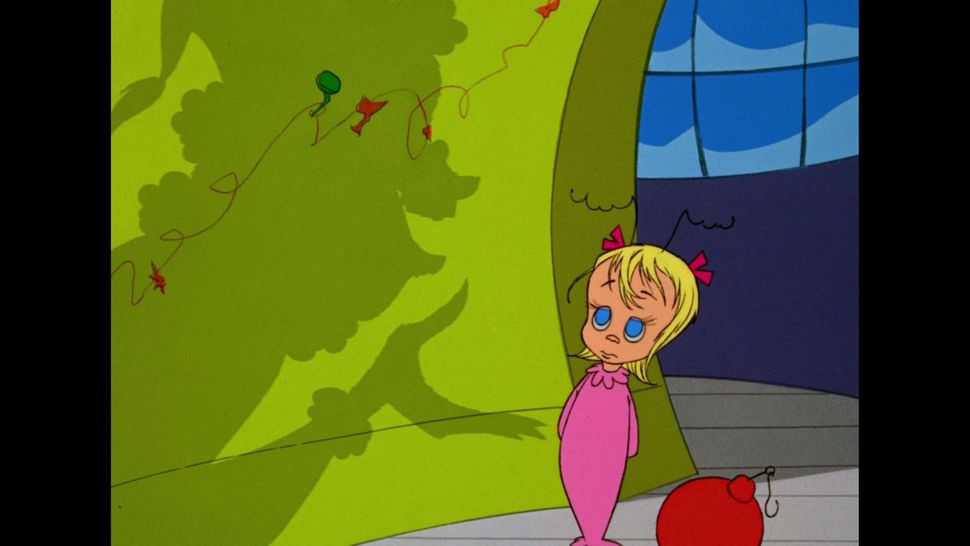 The American Jewish voice actor June Foray, who died on July 26 at age 99, proved that being a mensch could be a prerequisite for creating a legacy of memorable animated cartoon characters. As she noted in her memoirs, she was born June Forer in Springfield, Massachusetts, of Lithuanian and Ukrainian Jewish ancestry. She would be acclaimed for her performances as Rocket J. (“Rocky”) Squirrel and Natasha Fatale in “The Rocky and Bullwinkle Show”; Cindy Lou Who in “How the Grinch Stole Christmas”; Ursula in “George of the Jungle”; and Lucifer the Cat in “Walt Disney’s Cinderella,”, among many others.

Starting in radio drama in the 1930s to supplement her family’s income during the Great Depression, Foray reflected an era of powerfully moving juvenile performers, whose apogee might have been Hollywood’s Margaret O’Brien. Like the emotionally fraught O’Brien, Foray’s Cindy Lou Who in “The Grinch” asks with candor and innocence, “Santy Claus, why, why are you taking our Christmas tree?” Asking the Grinch why he is absconding with the tree in question, Foray, as a two-year-old character, echoed the four-year-old O’Brien’s plea in “Babes on Broadway” to an invisible prison warden, showing her dramatic range: “Don’t send my brother to the chair! Don’t let him burn! Please, warden, please!” Another actor might have chosen to read the line as a whine or wail, but Foray struck the precise note of wonderment and hurt naiveté.

Foray’s Rocket J. Squirrel, universally known as Rocky, emitted a high-pitched sound, yet with unaffectedly clear diction, especially difficult to achieve in the soprano range. Unlike Julie Andrews, another soprano famous for her precise pronunciation, Foray’s natural, relaxed delivery never seemed to make a point of emitting the words crisply. Her Natasha Fatale, in cahoots with Boris Badenov, was a resonant mezzo-soprano with cigarette-and-whiskey life experience, the antithesis of the candid high tones of Rocky. As Foray would tell interviewers, the creative spirit behind the Rocky and Bullwinkle Show, producer Jay Ward (born Joseph Cohen, 1920 – 1989) gave her the skimpy note that Natasha was from the fictional country of Pottsylvania, not Russia, so her accent should be pan-European rather than specifically Soviet. Foray met this requirement brilliantly. As for voicing Rocky, Ward just told Foray to be an “all-American boy” and the enthusiasm in her voice achieved this aim. Yet her vocal quality was considerably more than most boy sopranos could have attempted, with the dramatic aura of a singer scaling back her voice in a baroque cantata, but maintaining full adult emotional expressivity.

Often, Foray performed the acrobatic feat of speaking a line by Rocky immediately after one by Natasha, and vice versa. This could only have been achieved in ensemble performance by total relaxation and confidence, secure in the knowledge of her vast range of abilities. This strength of personality was capital in an era when voice actors did not receive billing on films or TV episodes. Nor did many producers see it as urgent to even meet the voice actors they hired, although their talents were much sought-after. So Foray never met Walt Disney, despite working on several of his productions, nor did she meet Rod Serling when she performed in the episode “Living Doll” in Rod Serling’s “Twilight Zone” series. On that occasion, she played Talky Tina, a homicidal doll that was a creepy take-off on sweet-sounding mechanical phrases she had previously recorded for a bestselling Mattel product, Chatty Cathy. Phrases like “Let’s play house” or “Please change my dress” were rendered as sincere, direct appeals to the doll’s owner. A certain vocal aura or charm conveyed the messages, as with the Cindy Lou Who character, without being pushy or importunate. This precedent was entirely reversed in the “Twilight Zone” episode where, as Foray would later brag, her character got to kill Telly Savalas, after first pronouncing threats in a creepily young, innocent, mechanized voice: “My name is Talky Tina, and I don’t think I like you.” “My name is Talky Tina, and you’d better be nice to me.” “My name is Talky Tina, and you’ll be sorry.” “My name is Talky Tina, and I’m going to kill you.” If Hal the lethal robot in Stanley Kubrick’s “2001: a Space Odyssey” were reimagined as a toddler, the results could not have been more unsettling. A message was conveyed through the scriptwriter Jerry Sohl and artistry of Foray about the robotization of Baby Boomers of the TV era, slaves to commercialism, and the mayhem that might result. Inevitably, the armies of fans nostalgic for chills of yesteryear have inspired replicas of the Talky Tina doll as seen in the original TV broadcast over a half-century ago.

Such lasting impact is rare among voice actors, and Foray was rightly likened to Mel Blanc (born Melvin Blank, of Russian Jewish ancestry), a vocal counterpart. Animation historian Keith Scott noted in “The Moose That Roared” that Foray’s wide-ranging imagination was at the heart of her achievement. It encompassed unforgettable babies and children, but also a vast array of old ladies, benevolent like Grandmother Fa in “Mulan,” or evil crones: “Even a great barnyard rooster takeoff. Her wicked witches have been without equal, and her shrewish wives (Aesop’s ‘The Wolf in Sheep’s Clothing’), snooty society types (the customer in the ‘Fractured Fairy Tale’ ‘Little Red Riding Hood’) and famous ‘Brooklyn Princess.’” Behind the voices was a warmly witty intelligence, reflected in her book of essays, as well as a passionate advocate for union protection for all workers. A social campaigner even beyond union activity, in the 1950s she entertained troops stationed overseas during the Cold War, and in the 1970s testified before Congress about inflated food prices, her activism winning her a place on President Richard Nixon’s notorious enemies list, according to “The Magic Behind the Voices: A Who’s Who of Cartoon Voice Actors.” Active professionally until a car accident in 2015 finally slowed her down, Foray demonstrated during her long career that integrity in performance was something audible that could be sensed even if appreciative audiences rarely saw her face.

Remembering the Jewish Voice Behind Cindy Lou Who and Rocket J. Squirrel