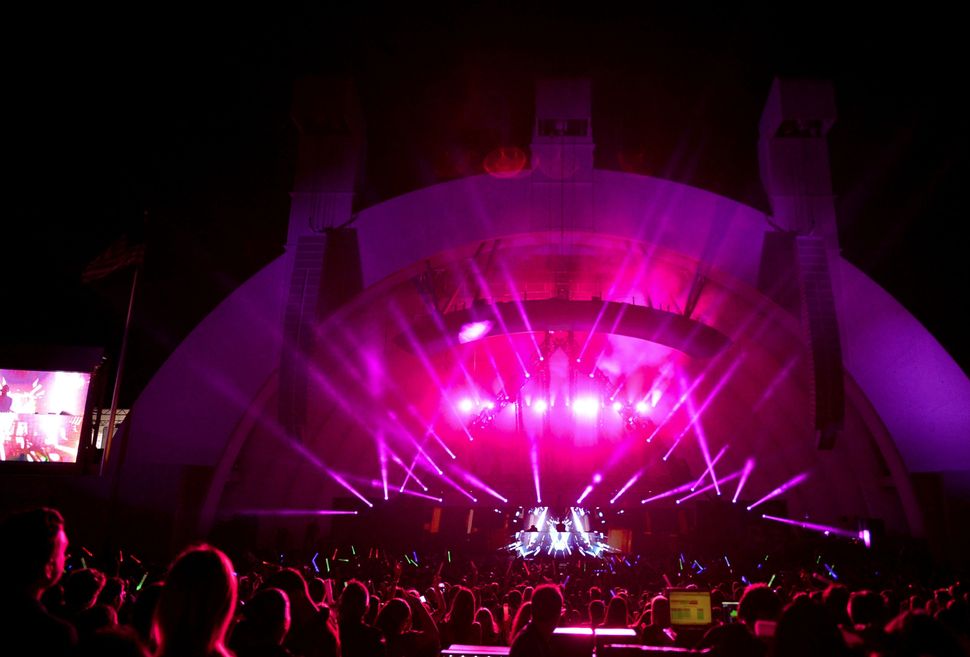 Welcome to August: You’re tired of the heat. A chance to walk romantically through falling leaves — maybe even while wearing a sweater, of all things — is beginning to sound appealing, and you’ve suffered too many sunburns to be coaxed back to the pool. Never fear! With great new television premieres, music and theater festivals galore, and the opening of a thrilling new museum exhibit or two, you, too, can enjoy the end of your summer. Here are 12 ways to celebrate the month:

1. Sail away with Rodgers & Hammerstein.

Lincoln Center Theater’s production of “The King and I” went all-out, complete with sets so enchanting as to be almost alarming. Residents of Washington, D.C., who missed the production’s New York run will have a chance to catch it at the Kennedy Center, where it will play through August 20. Then they, like their Manhattan fellows, can spend the next year getting “Getting To Know You” out of their heads. 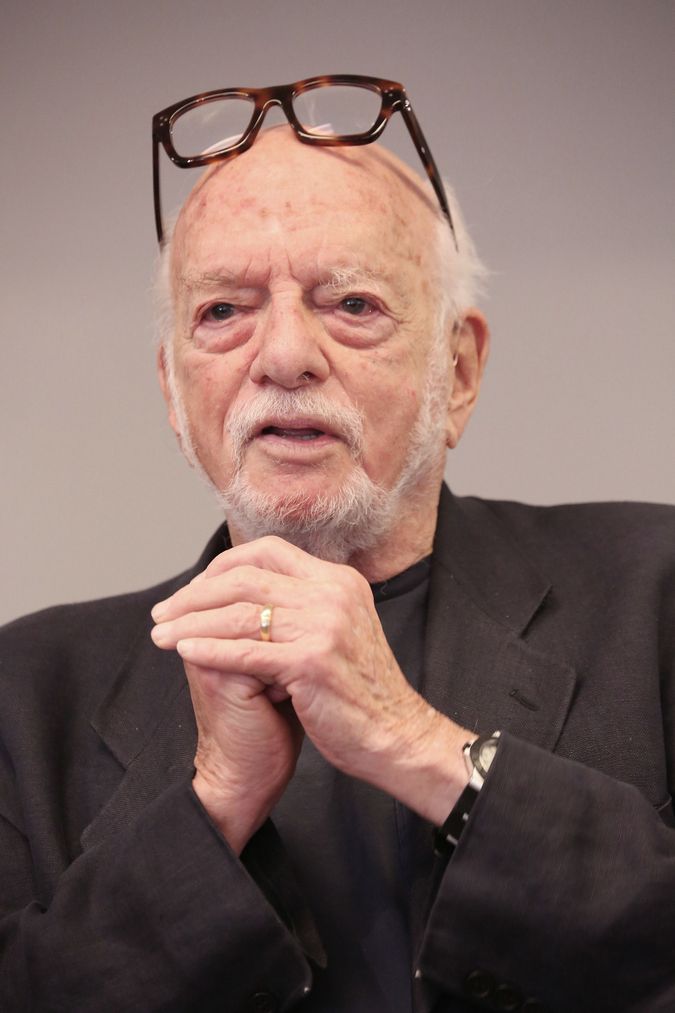 Harold Prince, both the subject and director of “Prince of Broadway.” Image by Getty Images/Walter McBride

Producer and director Harold Prince has won 21 Tony Awards for shows as iconic as “West Side Story,” “Sweeney Todd” and “The Phantom of the Opera.” Come August, selections from the 34 works he’s mounted on Broadway will appear together in “Prince of Broadway,” a musical making its American premiere on the Great White Way. If you’re a sucker for show tunes, this is the extravaganza you’ve been waiting for — especially as it features all-new arrangements of the famous songs Prince helped bring to the stage, courtesy of Jason Robert Brown, himself a three-time Tony winner.

The illustrator and writer Maria Kalman has won hearts for her inventive examinations of subjects ranging from the fictional canine poet named Max Stravinsky to a very adult experience of American democracy. At the Jacob’s Pillow Dance festival, located, like Williamstown, in the Berkshires, witness the world premiere of John Heginbotham’s evening-length program based on Kalman’s writing and art. Called “The Principles of Uncertainty,” the work will feature an original score by violinist and composer Colin Jacobsen of Brooklyn Rider and of the Silk Road Ensemble.

Ravinia, a well-loved outdoor music venue in the northern suburbs of Chicago, plays host to an eclectic music festival each summer. This August the hits include an evening of works by the ever-morbid composer Gustav Mahler back-to-back with a performance by Gladys Knight. No matter how varied your tastes, we think you’ll find a match.

5. Listen to Gershwin under the California sky.

The Los Angeles Philharmonic’s summer programming at the Hollywood Bowl is full of treats, from the dreamily conceived “Gershwin Under the Stars” to a guest appearance by violinist Joshua Bell, who will try his hand at Stravinsky. (No, not the dog.) An All-Mendelssohn program August 8 is also not to be missed. 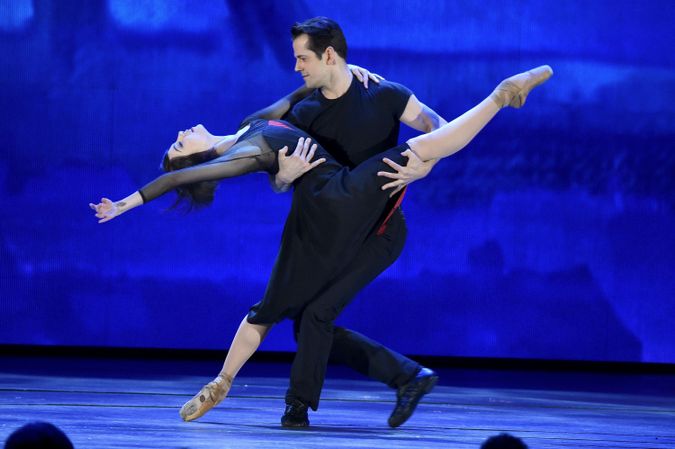 Members of the cast of “An American in Paris” perform at the 2015 Tony Awards. Image by Getty Images/Theo Wargo

Chicagoans, get whisked off to Paris! The Broadway production of the Gershwin-heavy “An American in Paris” arrived in the Windy City in late July and will depart come mid-August. Don’t miss a chance to see the gorgeously choreographed musical, directed by ballet wunderkind Christopher Wheeldon, and tap your foot — quietly — to some classic tunes. As George and Ira Gershwin would say: “‘S wonderful! ’S marvelous!”

7. And speaking of Joshua Bell….

Lincoln Center’s Mostly Mozart Festival is an annual favorite, and Bell will appear there before heading to Hollywood, playing Brahms with cellist Steven Isserlis. Another festival highlight will be Gil Shaham’s take on Tchaikovsky’s Violin Concerto. Two Jewish violin dynamos in one month? Why not!

8. Seek the next great American playwright.

There’s a strong tradition of great American Jewish playwrights — to put it lightly — from Arthur Miller and Lillian Hellman to Tony Kushner and Annie Baker. Who will be next to join their ranks? Head to Williamstown, Massachusetts, where the annual Williamstown Theatre Festival often heralds great new work, to find out. The August lineup includes works by the young playwrights Halley Feiffer, represented by a new take on Anton Chekhov’s “Three Sisters,” and Anna Ziegler, whose “Actually” is a contemporary take on privilege and morality. 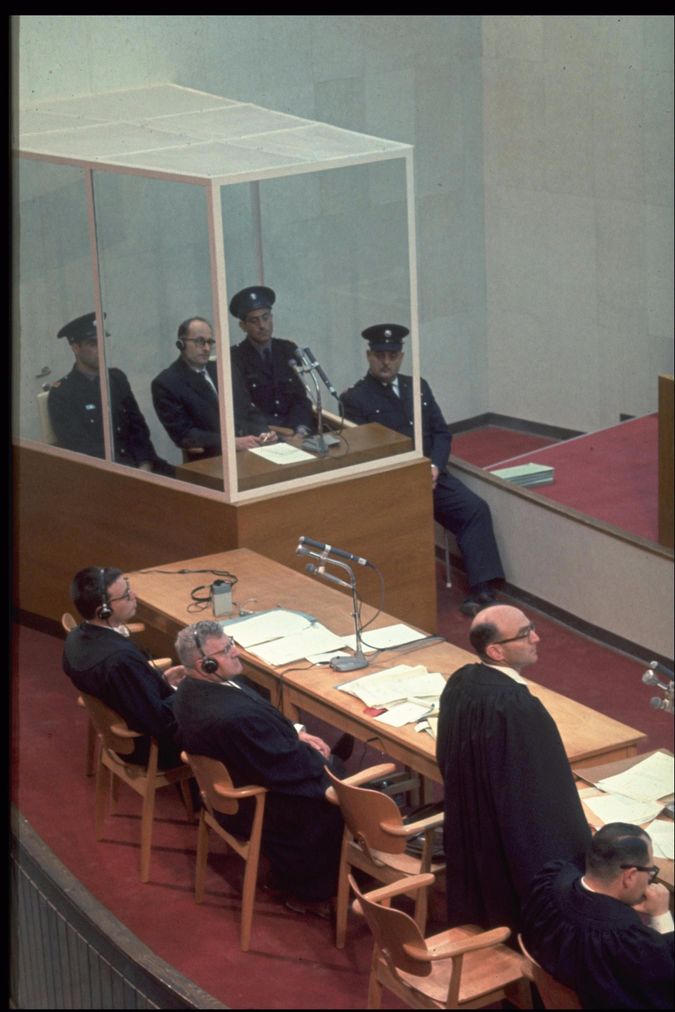 An image from the 1961 trial of Adolf Eichmann. Image by Wikimedia Commons/Israel National Photo Collection

It doesn’t officially open until September, but if you’re a member or friend of Manhattan’s Museum of Jewish Heritage — A Living Memorial to the Holocaust, get a sneak peek at the new exhibit “Operation Finale: The Capture and Trial of Adolf Eichmann” in August. The immersive exhibit, which includes newly declassified artifacts never previously exhibited outside Israel, re-creates the setting of the 1961 trial of the infamous Nazi official who oversaw the deportations of European Jews to concentration camps.

10. Engage in the religious life of early America.

Before rounding the corner into the High Holidays, visit Washington, D.C.’s National Museum of American History as it plays host to an exhibit on the religious life of the early United States. Jews were a tiny minority in the new country, but far from invisible; one of the objects in the exhibit will be a Torah scroll from Manhattan’s Spanish-Portuguese Congregation Shearith Israel, founded in 1654.

11. Head back to camp with old friends.

12. And get high with Abbi and Ilana.