Why I Regret My Daughters’ Bat Mitzvahs 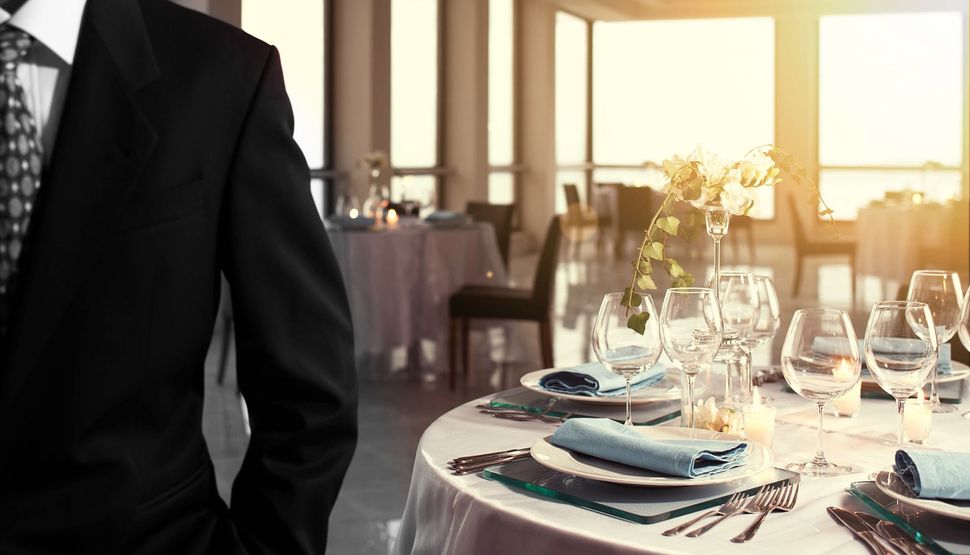 Judy Walters wonders whether the lavish parties are worth it, in the long run. Image by iStock

I have a friend who has an 11 year old son. He’s your typical great kid – smart, athletic, polite. And he has a Bar Mitzvah date set for two years from now.

This is my friend’s first foray into the Bar Mitzvah world and she’s jumping in feet first. She’s looking to make a large party – about 150 guests or so – at a hotel or other classic venue, DJ, cocktail hour, Viennese table… And because she has so many out of town guests, she feels she must entertain them for the entire weekend, so she will also be adding a Friday night dinner and a Shabbat lunch on top of the party, which will be Saturday evening.

Every time she talks about it, I get flashbacks.

My daughters’ Bat Mitzvahs were ten and seven years ago, but I remember them as if they were yesterday.

I remember the pressure I felt to make parties “equal” to everyone else’s. I remember the Temple required us to invite the entire B’nai Mitzvah class, increasing the number of kids we would have, even though nearly none of them spoke to or were even pleasant towards my kids. I remember trying to do right by my mother-in-law, who wanted her friends, and my parents, who wanted their friends. I remember trying to keep within a budget that now, even as I look back, seems astronomical. The Temple required the Bat Mitzvah girl’s parents to foot the bill for the Friday night flowers, the Friday night Oneg Shabbat, and to write checks to half a dozen synagogue funds the Temple sanctioned “necessary.”

I remember going to visit venues and not believing the prices. They wanted to charge an exorbitant extra fee for everything: for more comfortable chairs, upgraded tablecloths, any dessert beyond the typical Bat Mitzvah cake. I remember hearing the stories from the other families about what they were doing and wondering where they were getting the money. I remember shamefully now, going to a couple of parties where the family hadn’t put in the money, and thinking that something was missing.

We didn’t make overly large Bat Mitzvah parties. They were generally kind of basic, at least for where I live, and mostly homemade – we didn’t have a party planner. My husband cleverly designed the centerpieces, saving us tons of money and also getting rave reviews. We had about 100 people each time, and we had a DJ and catered a nice buffet lunch with no cocktail hour. In our Hebrew School, we were probably the average party. Some were much fancier, more intricate, had more guests, and went on for longer — black tie events (tuxedos for everyone, including the bar mitzvah boy) that started at 8:00 pm Saturday night and went on until 2:00 am, full bars with every imaginable hard liquor, game gifts for the kids that included lottery tickets. (The parents had to officially take the tickets into their own hands, as children under 18 can’t purchase lottery tickets.) Others were simple enough to be an afternoon lunch with immediate family, or a kids’ sports party in the evening.

But now, ten and seven years later, I regret that I even did as much as I did.

Our Bat Mitzvah parties each cost $15,000. Yes, you read that right. It makes me sick now, thinking how brazen, how clueless and thoughtless I was – five years after those parties, my daughters each entered college. (When they were 13, I couldn’t imagine college really being that close. It seemed as far off as my own fiftieth birthday, which is now coming up in six months.) Imagine the difference $15,000 could have made for college for each of them.

So when I see my friend, struggling with which venue to pick – places have quoted her as high as $30,000 for a Saturday evening party, and that’s just the venue with the food – along with a required amount of guests – I want to shake her and say “It’s not worth it. Take those tens of thousands of dollars and put it in your son’s college fund. Make a small party right after the service at the Temple or at a restaurant. It will be okay. More than okay. You won’t have regrets.”

But if I could go back, I wouldn’t do what I wound up doing – at least I hope not. I’d have small ceremonies with our closest friends and family, maybe a small kids’ party that evening. There would be a lunch out somewhere nice. I would stand strong against the pressure. Or so I tell myself.

Why I Regret My Daughters’ Bat Mitzvahs