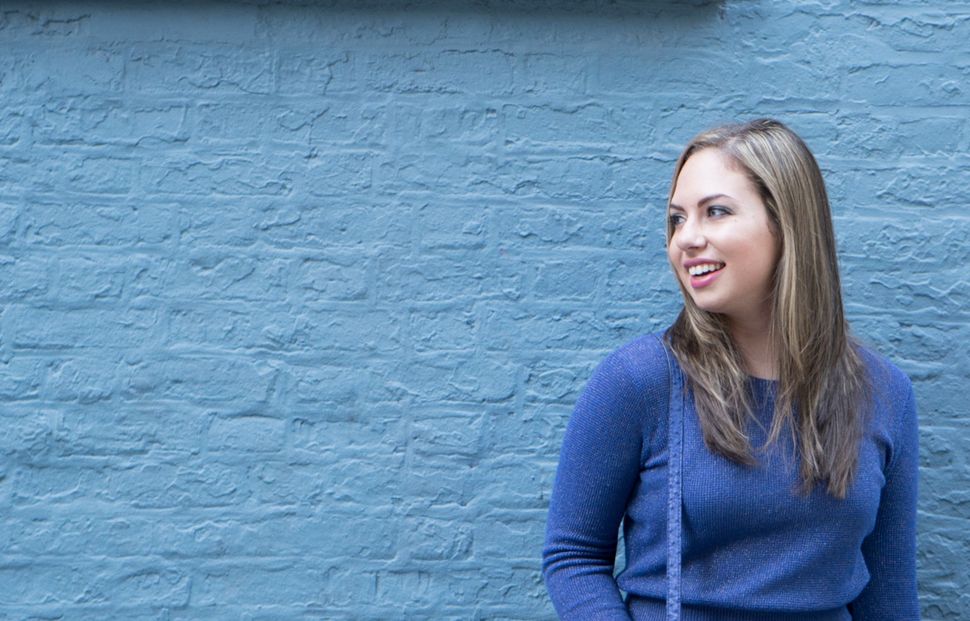 People often ask if I’m running out of story ideas for my web series “Soon By You”, which centers on Orthodox Jews dating in New York. I laugh. And then I cry. I have stories for days.

As much as I take bits and pieces from my own life and incorporate them into the show, my life imitates the show in the most bizarre ways. Like when we were about to release our third episode about a Shabbat date gone wrong. and I had a Shabbat-date gone catastrophic. Or the time soon after the fourth episode’s release when the guy I was seeing literally quoted a line from the show in a difficult conversation we were having.

There was the guy whose Kippah flew off as he ran to meet me.

And the one – okay many – who seemed baffled by my creative ambitions.

The more this happens, the more I think I should write a happy ending real quick.

The audience would certainly love that. They’ve been pining for a happy ending, a.k.a. a marriage, since day one. They want to see the lead characters, who clearly have a spark between them, get together once and for all.

But a happy ending isn’t so appealing to me. Perhaps it’s because of the stage I am in, and how cathartic it’s been to process my personal life on the page and on the screen.

After a particularly difficult date or relationship, I’ll take to the page and process the experience by writing. More often than not, these scenes don’t go anywhere, but it’s cathartic all the same.

Sometimes it’s hard to resist not taking notes during a date, or asking a guy to repeat something, slowly this time.

Rather than the happy ending, I love exploring the sometimes humorous, often torturous journey of dating as an Orthodox Jew. The terrible Shabbat-dates, the ghosters, the awkward Skype calls where you wish your laptop – or the world – would explode and set you free. Moments that are totally universal, with the added nuance of being Orthodox.

Often people come up to me and tell me their worst dating stories. My favorite one revolves around a guy who showed up incognito and spent the date hiding from law enforcement. Or maybe the one where a guy took his date to CVS to buy household items, and then took her right back home. There’s also the hiking one. which ended in a vicious attack of mosquitoes and blown up faces.

Being able to share these stories somehow makes the whole process that much more bearable. There’s a lot of frustration that comes with being Orthodox and single. Orthodox society places so much pressure on young people to settle down at an early age. So much of Orthodox life revolves around the family, that it can make one feel out of place all too often. There is also the challenge of searching for someone who you not only connect to deeply, but who has a similar level of observance as you. It’s a tricky balancing act, especially when you only have one or the other. The process can be enough to make anyone feel isolated. When someone reaches out to say they just went out with a guy like the arrogant lawyer character in my web series, I laugh and feel validated – because I just did too! We’re in the same boat, sister.

My peers often say that this stage feels like a waiting period, waiting for life to begin once they are married, “past the finish line”.

But for me this period has become my greatest source of creative inspiration. The moments when I’ve felt most alone are the ones that spur my most honest material. Through writing, I am able to transform painful experiences into powerful moments.

And as for my happy ending, I feel it rising. All I have to do is write it.