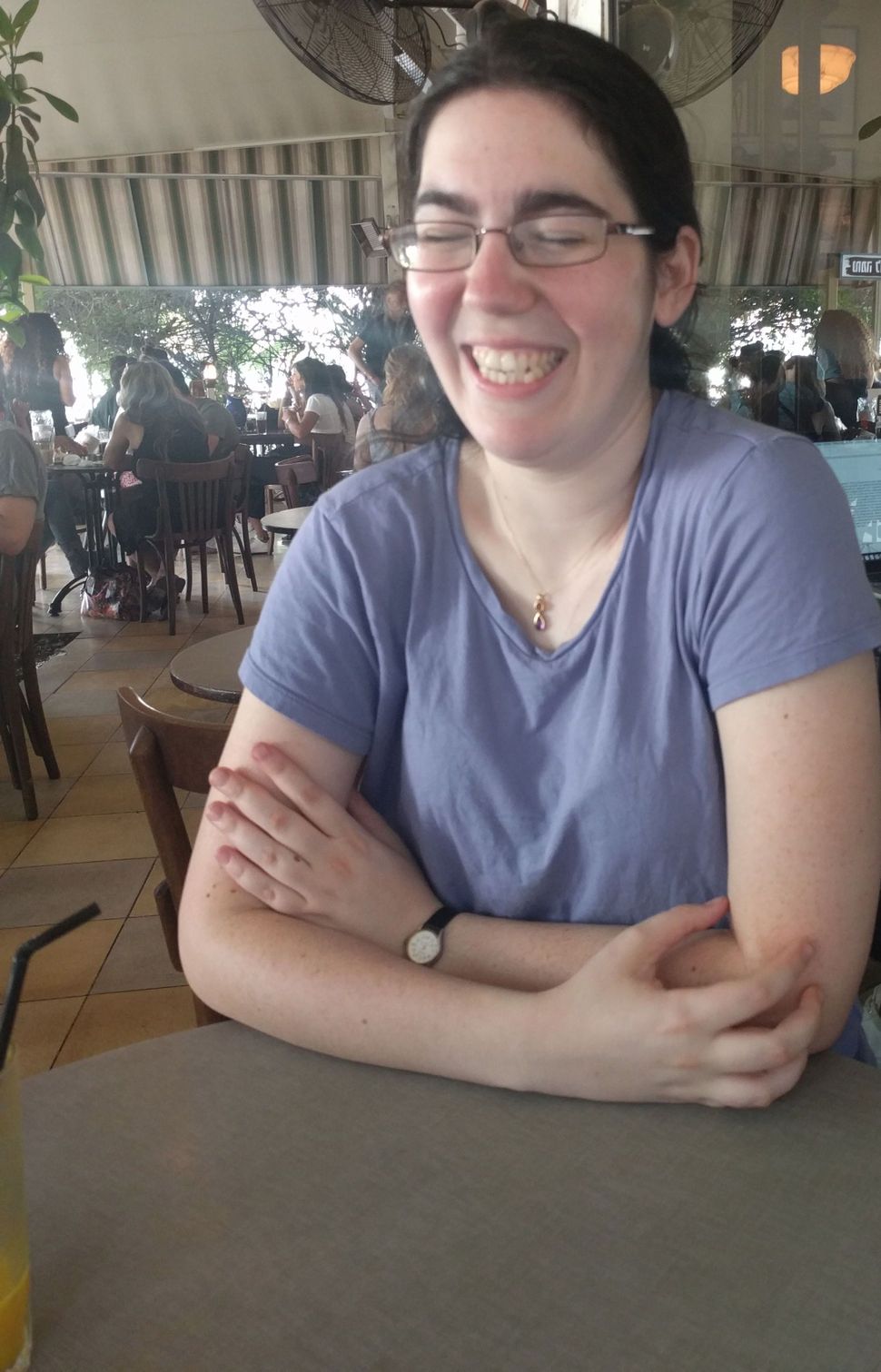 August is Women in Translation Month, which aims to bring attention to a depressing and little-known literary fact: women writers are translated far less often than male writers. This means many women writers have almost no chance of being heard outside their home country — and in practical terms, remaining untranslated means a diminished chance of an international literary career, with the prizes, prestige and book sales that often come with it.

The founder of Women in Translation Month is 25-year-old Israeli biology grad student Meytal Radzinski, a young woman who left Israel for northern California at four, returned at fourteen, and naturally read in both Hebrew and English. When Radzinski tracked her own reading of books in translation, she realized that there were often few or no women writers.

But she didn’t stop there.

Using her science background, she turned to graphs and charts, and her statistics got plenty of attention online. When she founded Women in Translation Month, the idea took off and became a global movement.

“Last year on August 30th I happened to be in New York and I saw a shelf in Book Culture devoted to women in translation,” Radzinski said, referring to the indie bookstore. “I took a selfie and got excited. It felt very millennial.”

This year, there are events in Dublin, Chicago, New York, and Gloucester, Massachusetts; bookstore and library displays around the world; and a Twitter hashtag #WITMonth that has hundreds of people tweeting reading recommendations of books written by women and translated into English. And the pressure is on for publishers: many are realizing that there is an audience for international women’s voices.

The Forward’s Aviya Kushner spoke with Radzinski in a Tel Aviv café to understand the genesis of Women in Translation month, and to get some ideas on how readers can support it. And of course, The Forward asked for some reading recommendations.

So how does a scientist get interested in international literature, translation, and feminism? Walk me through how it all happened.

I’ve been writing reviews since I was eleven, on Amazon. I was talking about books all the time and my sister suggested starting a blog. Because I was also reading in Hebrew, I realized there is this whole world of literature in translation and that it wasn’t very common in English.

I keep an Excel spreadsheet of all the books I read and I try to keep it 50-50, male-female, but I noticed that in translation it wasn’t. After Shabbat, I would update my spreadsheet.

As a scientist, I immediately wondered about the data. Was it me or was it across the board?

In literature in translation, it was all over. It was my Shabbat epiphany.

What happened next, and how did it lead to Women in Translation Month?

I noticed the gap, and I started doing statistics and posting about it more and more. Another blogger sent me a direct message and asked — have you thought about doing an event, or maybe a month? And I thought about what month of the year I am least stressed out, and I thought: August.

Is the situation the same for those writing in Jewish languages like Yiddish and Hebrew?

In Yiddish, I have seen two books ever — one from Feminist Press that was really fun for me and felt like a conversation with my grandma. Overall, Israel publishes a lot of women writers, especially in fiction, but newer writers aren’t translated. It drives me nuts.

A lot of women writers aren’t political in the same way male Israeli writers are; for women it’s more of the internal politics, like what is it to be a Tel Aviv family. It’s the same for Palestinian writers, or even how Sayed Kashua is framed — It’s always just about politics. And it makes me wonder about other languages too, if writers there are framed politically when their concerns aren’t exclusively political.

Is the WIT shortage the same across the board, or are particular languages and countries better at publishing women in translation?

When it comes to countries, it is across the board but Eastern Europe has a lower percentage than Western Europe, and Africa and Asia are even lower.

In terms of languages, almost 20% of translations are from French. There are languages where over ten years of data, you see that there are no women or just one woman translated over a decade.

There’s the intersectional problem of why certain women are being translated less, but overall, I get very frustrated by the “we’re just taking the best books” excuse.

In a lot of cases there are problems in those languages — for example, I don’t expect a lot of Saudi women writers but they still exist.

I’m curious about your experience as a young woman scientist who is also writing about women in translation and is also in a band. Do you see any parallels between the scientific world, the music world, and the literary world in terms of the treatment of women and the feminist movement?

Well, I was supposed to be growing up in the post-feminist age, but how many times have I been the only woman in a physics class? It’s very frustrating to see women in science, music, and literature, being devalued, and everyone is fighting this separately.

I had a publisher respond to my query on how he had published zero women and he responded by being very dismissive of women’s writing. We’re supposed to pretend that it’s all over, but it isn’t.

Feminism is very intersectional about everything that happens in English—but it doesn’t look outside English.

So what can readers do to take part in WIT Month?

The first thing is to know that the problem exists. I believe knowing is half the battle, since no one reads everything. For the person who has no idea about all this, and wants to understand, there is an FAQ on my blog.

Once you know about it, reading, sharing, and talking about WIT Month with other people. This year there are events in New York and in Dublin, and I hope to have more bookstores and libraries participate. There is a new Warwick Women in Translation Prize, too.

Give us five titles by women we should check out.

It’s always too hard to pick titles, so I decided to spotlight one lesser-known book from different continents!

And a bonus Israeli gem that I’m eagerly waiting to see translated into English so I can hand it out to even more readers: “Children’s Mate” by Bella Shaier — brilliantly written, sharp, and deserving of international attention and fame!

For a list of celebrations of Women in Translation Month, see the Translationista blog: