Are The Safdie Brothers The Next Great New York Filmmakers? 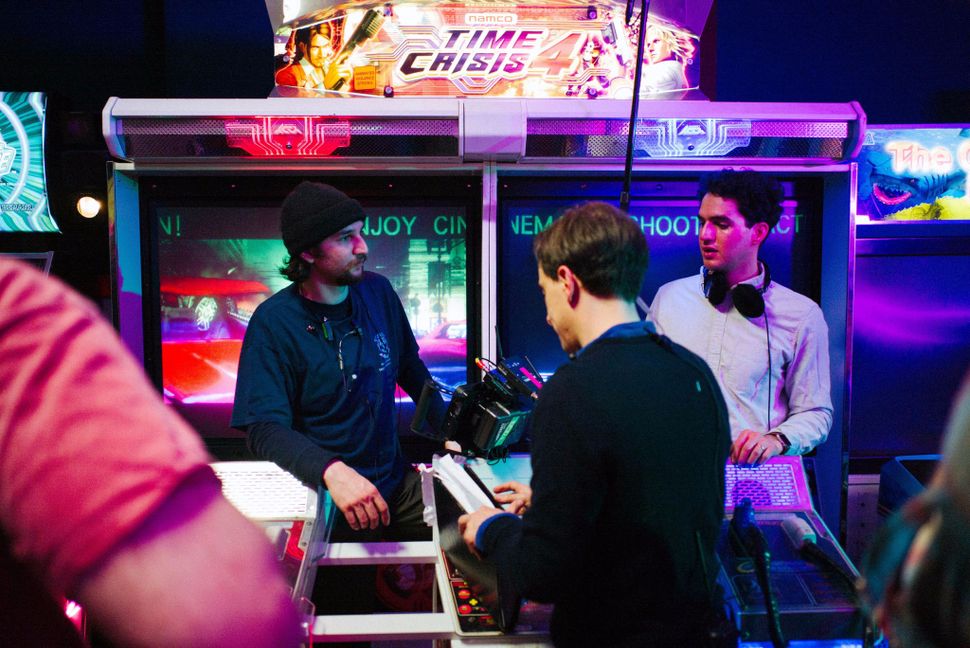 The most memorable images of “Good Time,” the new film by brothers and co-directors Josh and Benny Safdie, are those of its protagonist Constantine “Connie” Nikas (Robert Pattinson) in desperate, unceasing motion. There’s Connie fleeing a crime scene in a convulsive sprint, there he is gliding ominously along the highways of eastern Queens in stolen vehicles, and there he is pouncing on a number of people who get in his way. Once brought into his orbit, the supporting characters, too, are made to move: they crash through glass panels, get crammed screaming into ambulances, or drop disconcertingly from perilous heights.

The characters’ movement guides the Safdies’ vision of New York, though one begins to wonder if their dynamism might be somehow impelled by the city’s own singular energy. The brothers are proud New York filmmakers, laying claim to a tradition that includes Martin Scorsese, John Cassavetes and Abel Ferrara. Their work is often said to recall the 1970s, a decade romanticized by cinephiles and New Yorkers alike, ostensibly before both Hollywood and the city fell decisively to the moneymen. Their enthusiasm appears to be reciprocated. Scorsese himself has signed on to produce their next film, “Uncut Gems.”

Each of their four features takes place in the city and focuses on characters who somehow wouldn’t make sense anywhere else: the bohemian deadbeat dad in “Daddy Longlegs” (2009); the lovelorn junkie at the center of “Heaven Knows What” (2014); and now Pattinson’s Connie. The Safdies’ Manhattan upbringing is very much present in their work — “Daddy Longlegs” is dedicated to and was inspired by their father, a Syrian Jew who made his living in midtown’s diamond district.

“Growing up in New York City, your sense of space is thrown out of whack and it’s completely unconscious,” Josh told Interview Magazine in 2010. “You feel an ownership of the street and the six feet around you at all times, which often spawns screaming matches and constant littering. It also manifests living in the moment, which is a major influence on our work… the warped moment.”

Their borrowings from the city go beyond its landscape. The genesis of “Heaven Knows What” occurred when Josh met Arielle Holmes, a teenaged addict living on the streets, and convinced her to write a manuscript about her life. She called her unpublished memoir, which became the basis of the film, “Mad Love in New York.” In a sense, that title could be applied the brothers’ full oeuvre, which is smitten – sometimes threateningly so – with family, the city and cinema itself.

“Heaven Knows What” came together during a hectic on-location shoot, mostly centered on the Upper West Side, over a brutal New York winter, with Holmes playing a version of herself, named Harley, and the cast largely filled out by her fellow New York street kids (one of whom, Buddy Duress, plays a prominent role in “Good Time”). Irish actor Caleb Landry Jones, the sole professional, played Harley’s demonic lover Ilya. The film departs from the standard drug movie formula by enthusiastically privileging the point-of-view of its heroine — she cares deeply about her doomed, non-reciprocal passion for Ilya, scoring dope, the internecine drama of her makeshift family, and damningly rejects everything else. The Safdies lend her travails an unabashed affective intensity through color, close-ups, and music, while also relishing their film’s specifically cinematic artifice. The electronic score, by Paul Grimstad and Ariel Pink, often dominates the film, featuring electronic versions of Debussy by Isao Takahata and others that sound rather alien to what’s on the screen. The viewer might not come away with an edifying lesson about substance abuse, but will have an experience of the emotional life of a single addict. And they may not find themselves viewing the black-clad spangers of Union Square and St. Mark’s Place in quite the same way ever again.

“Good Time” also focuses on a young outcast motivated by love. Connie wants to save his developmentally disabled younger brother Nick (played by Benny Safdie) from the mandated anonymity of institutional life. It’s how he decides to go about doing this – building his brother’s self-esteem by involving him in a bank robbery – that gets the pair in trouble. The plan is scuttled, Nick gets arrested in the ensuing chaos, and Connie furiously attempts to raise the bail money before serious harm befalls him in jail.

Connie approaches his task as a manic long-form improvisation, attempting to find a solution within whatever happens to be immediately at hand. The stuff of plot materializes and evaporates through his perpetual motion. Because his ideas are not very good and fall apart quickly, he is often forced to begin anew, and his monomaniacal mission becomes a winding journey, whisking the viewer hither and thither throughout deep Queens. Those who haven’t paid attention to his intelligently curated post-“Twilight” career may be surprised by how thoroughly Pattinson disappears into his role. Connie claims to have been a dog in a past life, and Pattinson expertly embodies both alpha wolf swagger and the shaky desperation of a cornered stray in an extraordinary accomplished performance.

As in “Heaven Knows What,” the action is conveyed with giddy formal excess. A barrage of light and sound gives a sense of Connie’s frenzied myopia, his immersion in the Safdies’ “warped moment.” Cinematographer Sean Price Williams has a gift for getting variegated color to adhere to celluloid, and he shoots the city as if it’s possessed by the spirit of Dario Argento’s “Suspiria.” Experimental electronic composer Oneohtrix Point Never contributes a maximalist riff on Howard Shore’s synth score for Scorsese’s immortal “After Hours” (a hook from that soundtrack even makes a cameo). The directors apply it liberally, to the point where the propulsive score feels likes a constituent element of the landscape. While “Heaven Knows Used” used its expressive artifice as a sort of counterpoint to its realistic subject matter, “Good Time” struts its stuff as a capital-M Movie, its moody kineticism recalling the thrillers of Walter Hill and Michael Mann (replete with helicopter shots!). Yet the overt, smell-the-popcorn movie-ness emerges organically from the story; the film remains tethered to the subjectivity of Connie, who appears to see himself as the hero of a film. Where else, after all, do such schemes actually come off, other than in a certain kind of Hollywood action film?

If Connie lives on the energy of the city, he also allows himself to feed off of its inhabitants. Aside from his love for his brother, he takes an antagonistic approach toward humanity at large, which pays the price for his gambits as he scrapes by. Even Nick must suffer for his brother’s good intentions. While the film generally hews closely to its hero’s blinkered viewpoint, the Safdies are deft enough to let certain details betray Connie’s place in the city’s broader social scheme. It’s therefore telling when Connie averts disaster by letting cops arrest two innocent black characters – this while successfully impersonating one of them, a security guard. Connie uses white privilege like a stolen car, even performing his bank robbery basically in blackface. It’s unclear whether he does so actively, or if he just has a hustler’s nose for whatever he might profit from, but his misadventures reflect upon his time and place. He does prove himself an equal opportunity taker, similarly trying to exploit his older girlfriend (Jennifer Jason Leigh) and a low-level white criminal (Buddy Duress). In his own way, he’s no less vampiric than Edward Cullen of “Twilight.”

“Good Time” moves quickly and comes to a somewhat abrupt conclusion. For all its immediacy, “Heaven Knows What” was conceived in reflection, and necessarily contains some awareness of the passing of time, a sense, however faint, of looking back from a slightly wiser place. In contrast, Connie is defined by his devotion to the present, but also by his absence of a past or future. As such, for the all the film’s genuine pleasures, its impact is somewhat conscripted. I found myself wanting more especially from the excellently cast supporting characters: more time, more development, more depth.

But if “Good Time” isn’t a perfect film, it’s not trying to be, notions of “perfection” being somewhat antithetical to its means and ends. It’s difficult not to be won over by the Safdies’ mad love for their work, particularly when the movie business is so dominated by bland middle managers and towering corporate infrastructures. In the face of the Marvel corporation’s assurance that the lumbering synergized machinery of their Cinematic Universe will continue harvesting money until at least 2028, the brothers’ insistence on giving the warped present moment its due is refreshing, fruitful, even necessary. How nice that they appear to be getting away with it.

Are The Safdie Brothers The Next Great New York Filmmakers?