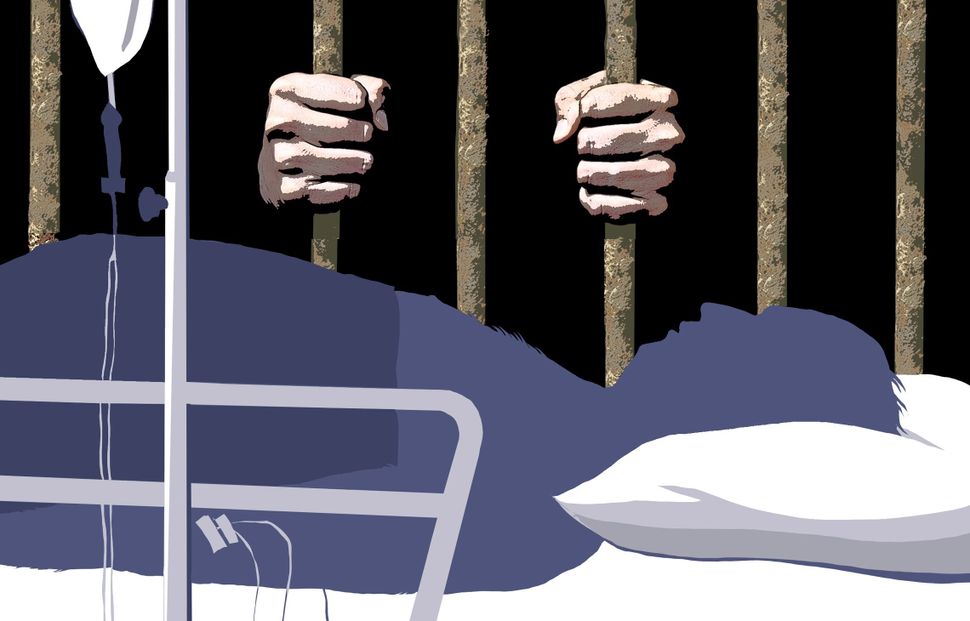 In “A Horse Walks Into a Bar,” David Grossman’s Man Booker Prize-winning novel, Dovaleh Greenstein stages, under the pretext of a standup comedy set, a moral reckoning, a public wrestling match with his demons, which of necessity are also, in part, Israel’s demons. On a dingy stage in a dingy bar in the dingy (in Dovaleh’s assessment) city of Netanya, the joke-as-breakdown concerns not only family history — Holocaust-maddened mother; oppressive, violent father — but national history too, a cross-examination of the country’s experience, replete with army training camps for adolescents, and its intersection with individual lives in the process of desperate survival.

“Horse” is a master class in tone, in tonal shifts and tonal combinations, a marvelously succinct set piece that, in its precarious, nearly stifling intimacy, manages the feat of being tender and sad and heart-achingly funny. I mention it now because it haunted my reading of Nathan Englander’s new novel, “Dinner at the Center of the Earth,” another book set mostly in Israel, another attempt to drill down into individual consciousness against the context of a country that is profoundly significant and potentially uninhabitable and occasionally morally hazardous.

Englander first came to the reading public’s attention in 1999 with the publication of “For the Relief of Unbearable Urges,” which might be somewhat reductively summarized as a collection of stories about the inner lives — a little bit dirty, furtive and guilty, surprisingly relatable — of Orthodox Jews. Englander chronicled his characters, including an unloved husband requesting a rabbinical dispensation to visit a prostitute for the eponymous relief and a woman driven to contemplating the murder of the husband who has refused to grant her a divorce for eighteen years, with a light touch, a sympathetically amused eye, attuned to the absurdities of their situations. The masterstroke of the stories was this: although the predicaments of Englander’s people were often intimately connected to their orthodoxy, their response was simply human. It isn’t that Englander was above ridiculing these characters; it was that he would not make them ridiculous. The stories, with their whiff of shtetl fable, their convincing mixture of parable and realism, were winning and widely lauded.

Englander’s second collection of stories, “What We Talk About When We Talk About Anne Frank,” brought more influences to the table. As the titular story suggests, Raymond Carver was a clear precursor, though Englander took Carver’s economy and ran with it into curious corners, once more casting a tight but soft net around Orthodox Jews and their troubles: the dawning realization, say, that one’s husband would not, were he a Gentile and in the event of another Holocaust, be very righteous; the fantastical confrontation with childhood rabbis, one’s disappointed mother, and a hugely pregnant, homebound wife, all naked, during an impulsive visit to a peep show. The stories occasionally flirted with misplaced whimsy, with overly and overtly precious handling, but they were on the whole mordant and elegant.

“Dinner at the Center of the Earth” is Englander’s second novel. Like his first, “The Ministry of Special Cases,” which focused on the misadventures of a Jewish family whose son is disappeared during Argentina’s Dirty War, it suggests that his talents best lend themselves to a shorter format. Given the room to range and roam in the telling of a story, Englander can’t entirely avoid his worse impulses. Related in short bursts, each identified with a location (the Gaza border; a black site in the Negev; Paris; Berlin; Limbo) and a date (the novel mostly jumps between 2002 and 2014, though it also looks back to various Israeli conflicts), “Dinner” wants to be many things: a political thriller; a moral autopsy; a love story (though not the one it initially tries to sell you). At its best, it suggests that our self-understanding is limited, driven by the desire to justify ourselves, a need that blinds us to other pressing exigencies, and that this is no less true of individuals than it is of nations, which are, after all, made up of individuals. It can be incisive and funny, perceptive, unabashed to take amusing advantage of old stereotypes. (Caught up in big trouble — he’s just blown his cover and shared intelligence with the enemy — an Israeli-American spy admits that the first logical step for him was “activat[ing] my mother,” for “what else does a Jewish boy do when trouble is afoot.” At another point, the spy reminisces about receiving countersurveillance training and the brilliant instructor who bemoaned “the biggest challenge at a Jewish spy service,” that is “training everyone not to look so guilty.”) It is generous, almost to a fault, with its many characters, even — especially — those who are at odds with each other, who wish each other’s destruction.

But the novel is not always at its best. And when things go off course, it can sometimes be hard to forgive and recover and move on. (This may be meta, for, after all, isn’t that the basic plot line of the Israeli-Palestinian conflict?) One problem is the reliance on symbolic titles, on occupational references. There is the guard, watching over Prisoner Z, the waitress, the General. These names initially seem portentous, but I must admit that, if there is a symbolism to them, I could not decipher it. Some characters are revealed to have proper names; others are not. Perhaps most maddening is the General, who lies in a coma, his soul apparently stuck in Limbo, reminiscing about his mighty military triumphs, which some — many — have perceived as massacres. The sort of person who will do what he thinks must be done, no matter how unpleasant, the General is responsible for locking Prisoner Z away at a secret site, in effect disappearing him, apparently ignoring the self-righteous parallels between them. The General, down to his dead wife’s name (it’s Lily), is clearly Ariel Sharon, but I suppose that refusing the explicit identification allows for the addition of such touches as the in-effect living burial of a spy who has, for poorly articulated reasons and to barely articulated purposes, revealed Israeli secrets to a Palestinian funding terrorist activity from Berlin. This is a way of having one’s history and messing with it too.

To be fair, Prisoner Z is so inept at his work, it seems a mercy to put him away. “How could he have ended up here?” Z wonders, looking at the mess he has made. “How had a little, religious, Jewish-American boy from Long Island become an Israeli operative, living undercover in Paris, and now a traitor to his adopted state? How could he have ended up being so many kinds of people at once?” Towards the end of Dinner, Z settles the question for himself: “He’d been given it so long ago, back in suburbia, back in America, a birthright spoon-fed to him in his Jewish day school classroom, a little boy, with a heavy prayer book and a yarmulke, like a soup bowl turned over and resting atop his head.” It could be that (and I’ll definitely think twice before putting my kid in a yeshiva). But it could also be the fact that, as he’s written throughout most of the book, he has no impulse control. Even as he is ostensibly hiding out from what he imagines must be very many highly trained people looking to make him pay for his treason, he takes up with a highly suspicious waitress, a woman who, as far as he can see, is “blessedly callipygous,” and whom the reader will very quickly identify as trouble.

In “A Horse Walks Into a Bar,” Grossman works backwards to a stunning revelation of cause, as his comedian publicly pulls the scab off a wound that never healed. The absurdity of his story — as an adolescent, Dovaleh was dispatched from training camp to attend a parent’s funeral, though he is not told, for the duration of the long ride, which one of his parents has died — makes his revelations all the more stunning, the laughter stupefying in the throat. “Dinner at the Center of the Earth” is too disjointed to speak of cause and effect, and most of its surprises, including a redirection in the love story it reveals itself to be, feel contrived. At the end, it reads like a parable that became unnecessarily complicated in the telling, obscuring its own wisdom in sudden twists and turns.