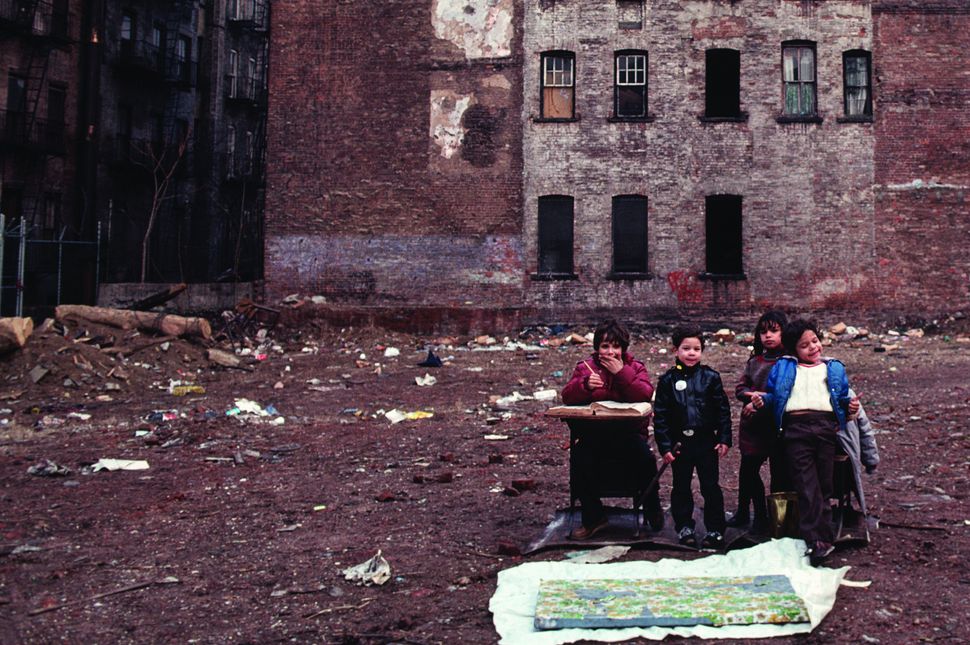 Arlene Gottfried called her grandma bubbie and sang in a gospel choir.

The Brooklyn-born photographer, who passed away on Tuesday August 8 at age 66, was a New Yorker to the core. She spent her childhood in Coney Island, then Crown Heights; in the 1990s, she moved to the Lower East Side, where the life of the local Puerto Rican community became a subject of fascination, and eventually the subject — alongside the Puerto Rican community in Spanish Harlem — of her 2011 book “Bacalaitos & Fireworks.” 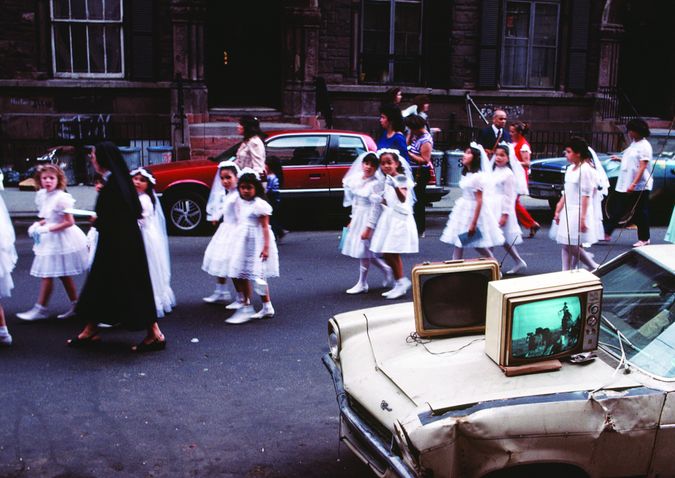 She went to all the places she wasn’t supposed to go: “My mother used to say ‘Arlene– just don’t wander!’” she told Time in 2011. “Then I started wandering, but I got a camera because it gave it a little more meaning…a life of wandering is really what it all is.” 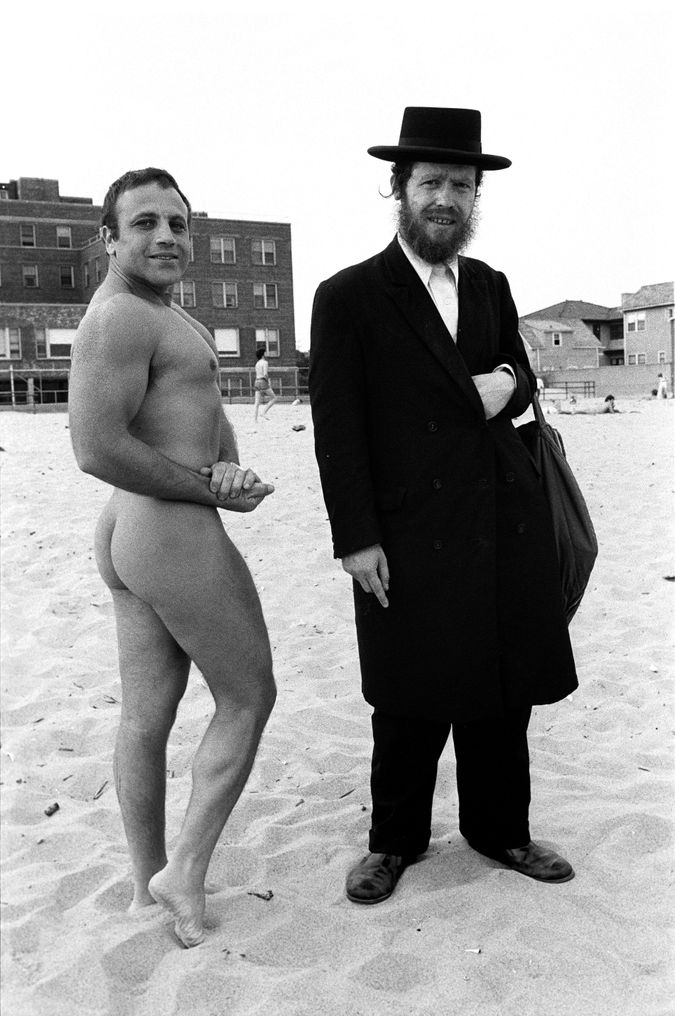 She had a knack for capturing images that showcased the strange contrasts of life in the city. In a 1980 photograph taken at the Rockaways’s Jacob Riis Park, a nude Jewish bodybuilder poses proudly next to a Hasidic man who looks into the lens with inquisitive directness. In a photograph published in “Bacalaitos & Fireworks,” a group of young girls in pristine, frilly white dresses march two-by-two down a trash-and-graffiti-ridden street, some looking in confusion towards the foreground, where a television set on top of a battered old car plays a blue-tinted Western. Everyone was interesting, especially when she could catch them in the sort of unplanned grace that is easy to see and difficult to translate into art. Her elderly grandmother leans forward to kiss her mother: See the brisk affection of the interaction, both women preparing for the kiss at the same time their bodies stretch to move on from it, the quiet affirmation of the unsentimental cityscape in which they so clearly feel at home, the grandmother’s folds of aging skin covering muscles and tendons captured in active, sharp definition. 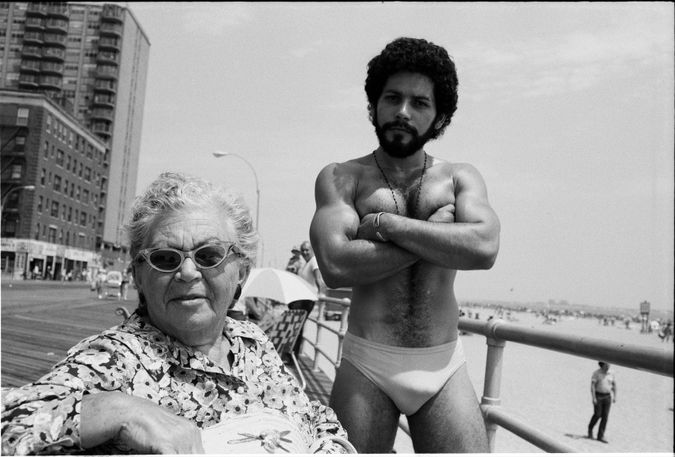 It’s hard not to focus on the sculpted, mostly naked form of a young man foregrounded in “Angel & Woman Brighton Beach.” Try, and be rewarded by a man lost mid-step on the beach below, looking as if he is comfortably going precisely nowhere, or the half-disbelieving, blurry grins of a group of beachgoers staring at Angel’s presumably shapely backside.

According to her brother, the comedian Gilbert Gottfried, Gottfried died of complications from breast cancer. In the week following her death, her sensitivity for the humanity in everything — not just humans, but the objects and landscapes they made their own — was easy to miss.

A white nationalist rally in Charlottesville that resulted in the death of a counter-protester reminded the country that days of hatred based on misinformed pre-conceptions are far from finished. The avenues of the city that Gottfried full-heartedly adored filled with marchers condemning a hatred-stoking president, ensconced in a gilded penthouse that could hardly be farther from the life of the streets. One longed for a time when a curly-haired Jewish Brooklyn girl stopped on the street, trained her camera on four laughing children playing school in an empty lot, and showed her audience a bleak environment refigured by a concentration of hope.