Why Jewish Students Are Finding A Home In The Deep South 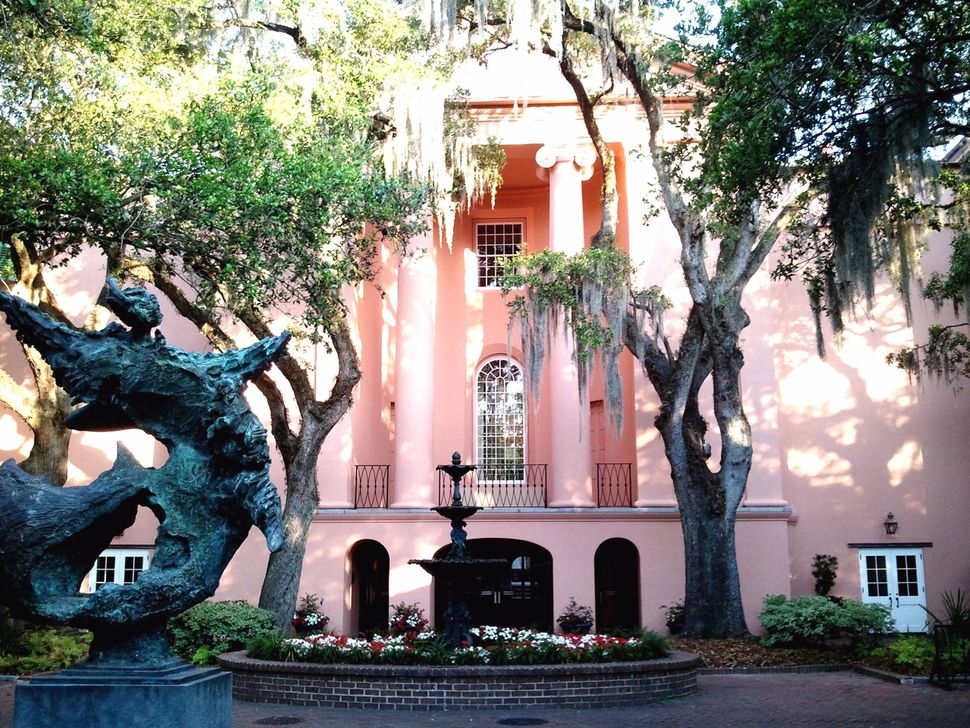 Wait a minute. Don’t most Jews equate the college experience with shuffling past ivy-covered buildings in heavy sweaters? No longer. The amount of Jewish students attending southern colleges has been sharply on the rise. Pockets of the country that just years ago might have seemed off-limits to Jewish families are now hot in every sense of the word.

The overall competition for college acceptance is fierce, as the numbers of applications have increased dramatically over the last decade. This past year UCLA reported that a record-breaking 102,000 high school seniors applied to join their class of 2021. Kids across the country have been forced to reevaluate where they can realistically get in and thrive. The south has been a huge benefactor of this situation. But southern colleges as a whole have also worked to meet the needs of the Jewish population and make their campuses more attractive to Jewish students. This attention to a strong Judaic infrastructure is no accident.

Greg Zaiser, vice president for enrollment for Elon University in North Carolina, says, “As college administrators, we know that Jewish families traditionally value higher education. Understanding that, it only makes sense to us that we would want to be proactive to attract those families.”

Partnering with the Office of Admissions, Helen Slucki leads the Yaschik/Arnold Jewish Studies Program in the recruitment of Jewish students to the College of Charleston. “I’ve learned that there are a few key symbols: kosher food on campus, a vibrant Hillel, Jewish Greek life and often Jewish studies courses. If you have a quick yes to all of these, you can move on and really talk about what your school has to offer a family.”

Both public and private southern colleges have adopted this strategy. Ari Gauss, Executive Director of North Carolina Hillel which oversees 15 chapters state-wide and has been recognized for excellence by Hillel International, explains, “It’s a very ‘if you build it, they will come’ approach. Many southern schools have made a concerted push to make their campuses more attractive to Jewish families. For decades, Ivy league schools and other prominent private schools in the northeast weren’t exactly bending over backwards to attract Jews. Most southern schools today are and we’ve seen incredible growth.”

Hillel has named 20 of its chapters “Small & Mighty Hillels of Excellence,” those recognized for serving a growing and committed Jewish population. Alongside more familiar names like Wellesley and Colgate are College of Charleston, Elon, Virginia Commonwealth University and Washington & Lee. And new Hillel chapters are continuously sprouting up all over the south. In 2010, University of Texas at Dallas Hillel chapter started, in 2011, Virginia’s Randolph Macon and, in 2014, the University of Alabama at Birmingham. Elon, Emory, Alabama and others have all seen huge capital improvements made to their Hillel houses as well. Beyond the physical structures, other welcome adjustments have been made. For decades, Elon’s mascot was “The Fighting Christians” in a nod to its founders, the Christian Church. In 2000, the mascot was officially renamed the Phoenix.

Southern Jewish Greek life seems to be thriving as well. The USC (University of South Carolina) chapter of the national Jewish fraternity AEPi was started in 2007 and reports that it is the fastest growing chapter in the country. The one at Auburn was founded in 1921, but had been inactive for decades. In 2015, it returned to campus.

While checking these boxes makes a huge difference to parents, the sell still isn’t always easy. Preconceived notions about southern culture endure. But Gauss insists that times have changed.

“I get dozens and dozens of calls from anxious parents in the northeast who are worried about sending their children,” Gauss said. “While anti-Semitism has certainly flared up a bit over the last year, it’s nothing like it was just 20-30 years ago. It’s a different south.”

Alyse Levine, college counseling expert and president of Premium Prep College Counseling insists it’s all about perception. “A huge part of what I do is help families form updated opinions about these schools. It’s so hard to move past what we thought a couple of decades ago,” she said. “Many parents have created their business and social networks through their college contacts and worry if their child goes to a school in the south, they won’t have the same experience. But what we are finding is that many kids are ripe to branch out.”

For many students, attending college in the south is more than a chance to wear a “Shalom Y’all” t-shirt. It’s a welcome respite from what they know. The teenage years are the sweet spot in terms of personal development and the concept of going to college in a place so culturally different is appealing. It also potentially has the reverse effect than a common parental worry that they will abandon of their roots. Many students report that their Jewish practice and values have been strengthened by virtue of being a true minority on campus.

Madeleine Boireau, a recent graduate of Washington & Lee in Virginia where she served as president of Hillel, says, “I grew up in a part of Los Angeles where it was weird if you weren’t Jewish, but in terms of religion, I didn’t have a bat mitzvah and was more of a high holiday Jew. Going to W&L helped me come into my identity. That wouldn’t have been the case had I gone to a more Jewish school. I got a work/study position at Hillel and went to AIPAC as a freshman. I worked with the dining halls to designate proper Kosher and Kosher for Passover meals. It was such an opportunity for personal growth and added another element of education not found in the classroom. It gave me confidence that I could live anywhere.”

Peg Sackler of Chappaqua, New York, has two children currently attending the College of Charleston. “My son Benj started playing club soccer at College of Charleston and became friendly with a kid there,” she said. “One day Bree Newsome, the woman who climbed the pole on the South Carolina Statehouse to take down the confederate flag and started that overall movement, was speaking at the College. Protesters on one side of the street, like Benj, were supporters of her position. Across the street were a handful of others holding up the confederate flag. One of them was the young man with whom Benj had become friendly. They saw each other and, after the initial shock, ended up having several discussions. Both men learned a lot from each other and have become close. People everywhere have such false biases, and those can be broken down by developing relationships with those very people that think you are so different.”

Amy Oringel is based in Bedford, New York.

Why Jewish Students Are Finding A Home In The Deep South