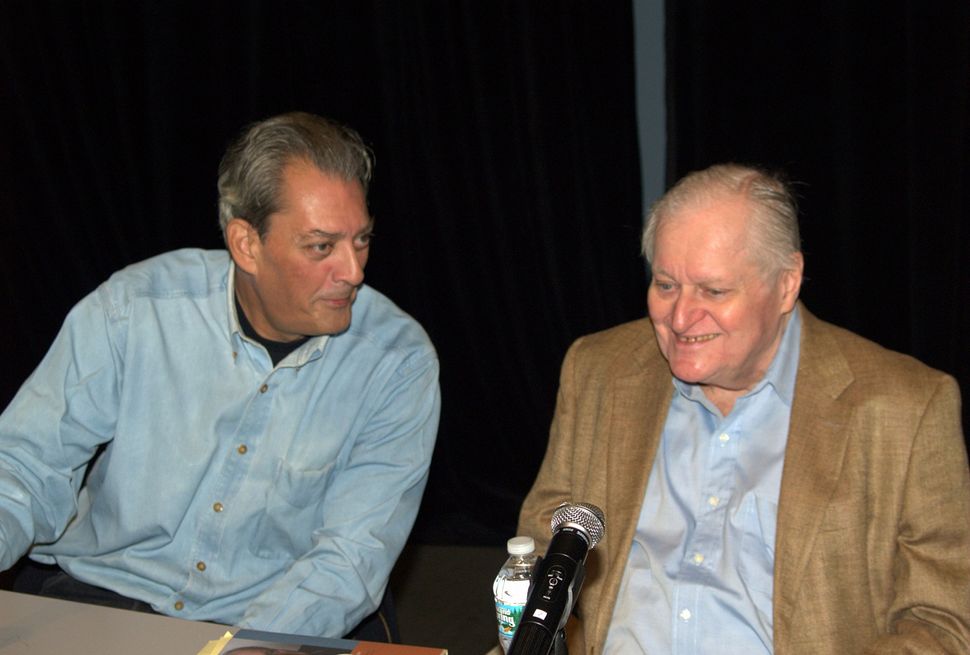 John Ashbery was among the very greatest poets of the postwar era, one of the most imaginative and accurate chroniclers of what he called “the experience of experience.”

But he might have blanched to hear himself spoken of in such portentous, non-poetic terms. Following Ashbery’s passing on September 3, his friends and acolytes offered reminiscences that shed light on the person behind some of our era’s most challenging and enchanting verse.

In The New Yorker, poet Dan Chiasson wrote about a time he went to visit Ashbery and ended up just watching a lot of movies. “Ashbery was an ardent cinephile, and I watched Turner Classic Movies for a week,” Chiasson wrote. “I saw ‘The Beast with Five Fingers,’ a horror movie, with Peter Lorre, involving a disembodied hand. When I offered my scholarly appraisal of the film, John told me about dozens of other films with disembodied hands.”

David Lehman, a poet and the editor of The Best American Poetry series, included in his remembrance for The American Scholar a mention of sharing an office with Ashbery in the 1970s. He noted that “It was also fun to observe as things JA said in interviews entered the general discourse. For example, ‘Often people don’t listen to you when you speak to them. It’s only when you talk to yourself that they prick up their ears.’ And: ‘I am aware of the pejorative associations of the word ‘escapist,’ but I insist that we need all the escapism we can get and even that isn’t going to be enough.’”

Reflecting on him in the Times, poet Rae Armantrout reflected on how Ashbery’s down-to-earth humor manifested within his poems. “He is one poet who can somehow be simultaneously elegiac and playful, even goofy,” she wrote. “If you could find the impossible space where Franz Kafka overlapped with the Pop artist Roy Lichtenstein, John would be sitting there happily, grinning like the Cheshire cat.”

In a piece for The New Yorker, poet and novelist Ben Lerner imagined Ashbery inserting some jokes into his tribute in an august periodical, like Tom Sawyer spying on his pomp and ceremony of his own funeral. “I’m dizzied by my luck at having overlapped with John Ashbery, one of the good things about being born when I was,” Lerner wrote.

Then he channeled Ashbery in paranthetical: “(here he would probably make a joke: ‘Television is pretty good, too,’ or ‘Antibiotics can come in handy’).”