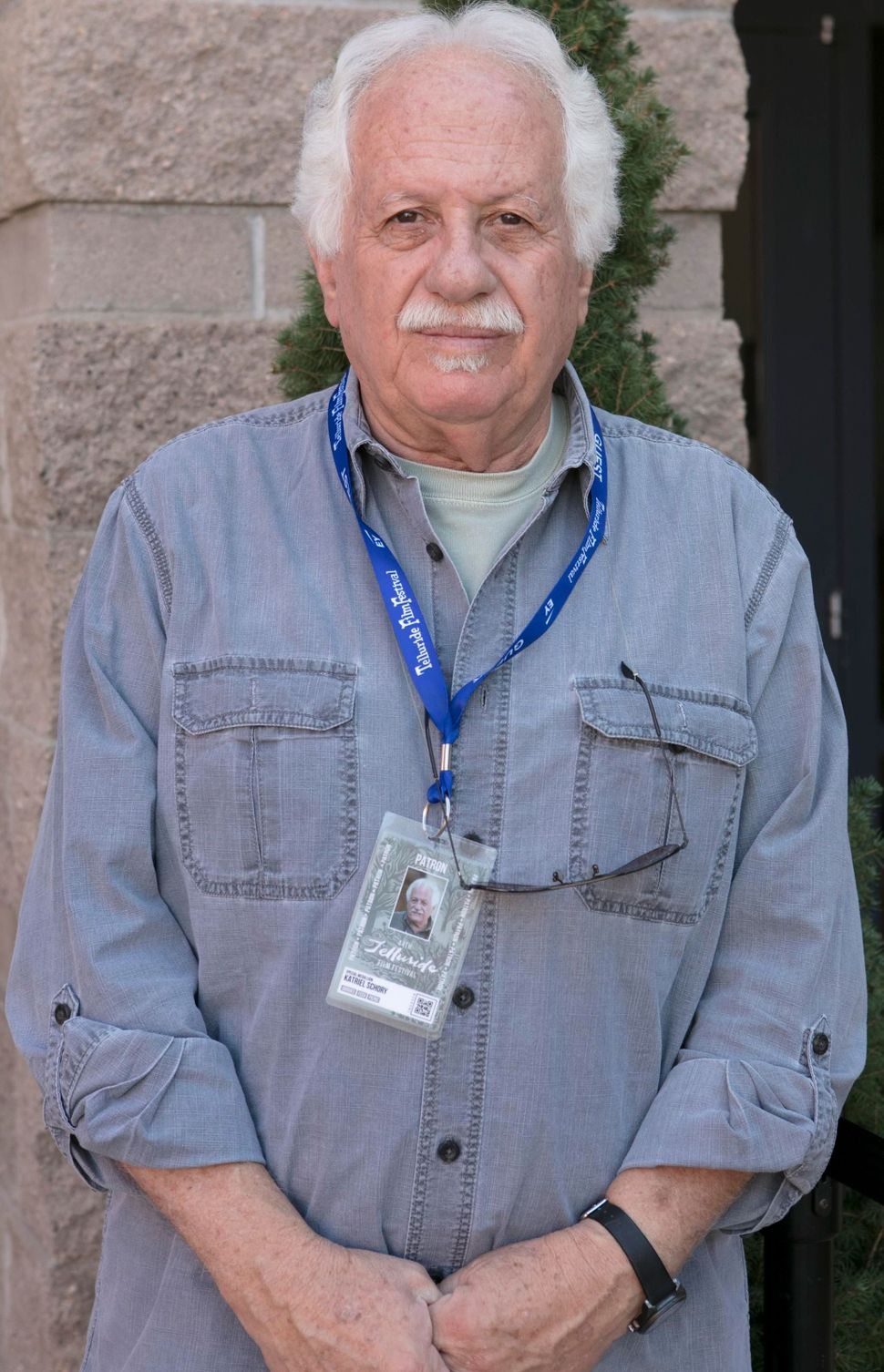 The award was well-deserved. As president of the IFF since 1999, Schory has long been considered the secret force behind his country’s film renaissance in the past two decades. He has cinema’s international profile, re-invigorated Israelis’ own passion for local cinema, helped direct funding to scores of directors, and perhaps most importantly: acted as a bottomless source of support and respect for the filmmakers bring ing important work to the screen. The IFF has backed critical and commercial hits like “Waltz with Bashir,” “The Wedding Plan,” “Lebanon,” “Dancing Arabs,” “The Band’s Visit” and scores of other films that fully reflect the ethnic, religious, political, ideological, and artistic diversity of the nation.

Schory (Katri to his friends), spoke with the Forward’s Sheerly Avni about building the culture, fighting for the independence of his filmmakers in the face of an increasingly difficult political climate, and the ways in which Israeli film culture continues to nourish a particularly auteur-driven cinema.

When you first took over in 1999, Israeli cinema was at a low point. Netanyahu had just cut funding nearly in half, and audiences were less interested in movies produced by their countrymen than those that had come in from abroad. How did you turn it around?

By reaching out, by going out, by travelling with the films all over the county, to all the towns, villages, asking for another chance.

At the time, our storytellers were all focused on Tel Aviv, telling those kinds of stories that Americans like to call “navel gazing,” and people did not relate to it. But Israel is more than Tell Aviv. So we had to open up, and bring in ideas and filmmakers from small towns in all regions. We had to seek out the people representing all the cultural diversity of this country, and give them a voice.

You also increased funding through the passage of the Israeli Cinema Law.

The founding fathers of our country, and all of the politicians for many years, always looked at cinema as a stepchild of Israeli culture. They were used to the canonic arts —dance and music and theater and opera. We worked hard to get that law passed, and in January 2001, finally the government of Israel recognized and acknowledged that cinema is an art form like any other art form, and worth government support. We also pumped quite a lot of money into marketing, distribution, and release in Israel, because it was clear that there is no point in spending, and investing so much money to producing the films if we are not also investing money into the marketing, the distribution, and in creating a welcoming environment for Israeli films.

As the country swings right, do you have concerns about your ability to maintain the fund’s independence?

There is a lot of talk, there’s been a lot of noise in recent years — a zeitgeist, a mood, a trend, in the air, but if I think about actual practical steps to curb our independence or cut our budget in a different way, nothing has happened. IFF is a fully licensed and registered NGO, I am not a government employee, we are not a department in any government office. It’s true that the money comes from the government, it’s taxpayers’ money. But we are an NGO and that helps us keep the politicians out of our hair. There is a certain atmosphere in the country which really worries me. Not because of hurting the fund, but because I am concerned that this environment will create a mood in which the filmmakers themselves might impose a certain self-censorship. I would not want to see political pressure interfering in the relationship between the filmmaker and his or her self, between the filmmaker and his or her own soul.

Do you think Israeli Cinema is especially personal?

Yes. For example we do not have a tradition of adapting pieces of literature to film, as do the US and UK. Many of our movies come from the personal experiences of the filmmakers, who are often both the writers and the directors; they tell their own stories from their own experiences. This is in some ways our great strength. Movies like “Waltz with Bashir,” “Lebanon,” “Fill the Void” — these men and women are telling stories from their own communities, even their own lives. We’re a very particular niche. But I think in our case, because we have to support 12-14 films a year, we can do a mixed bag. There is room for personal stories, and for more experimental films which push to the limits of film grammar, and then there is also room for films which are more “user-friendly.”And you have to make room for genre cinema as well. So I’ve introduced separate admission dates for different genres — one for children, one for comedies, with a separate set of readers, and yes also one for genre movies, like horror and zombies and thrillers and so on. I never thought in my life that I would one day be greenlighting three zombie movies with taxpayer money.