Composer Michael Friedman Was Inspired By His Jewish Origins 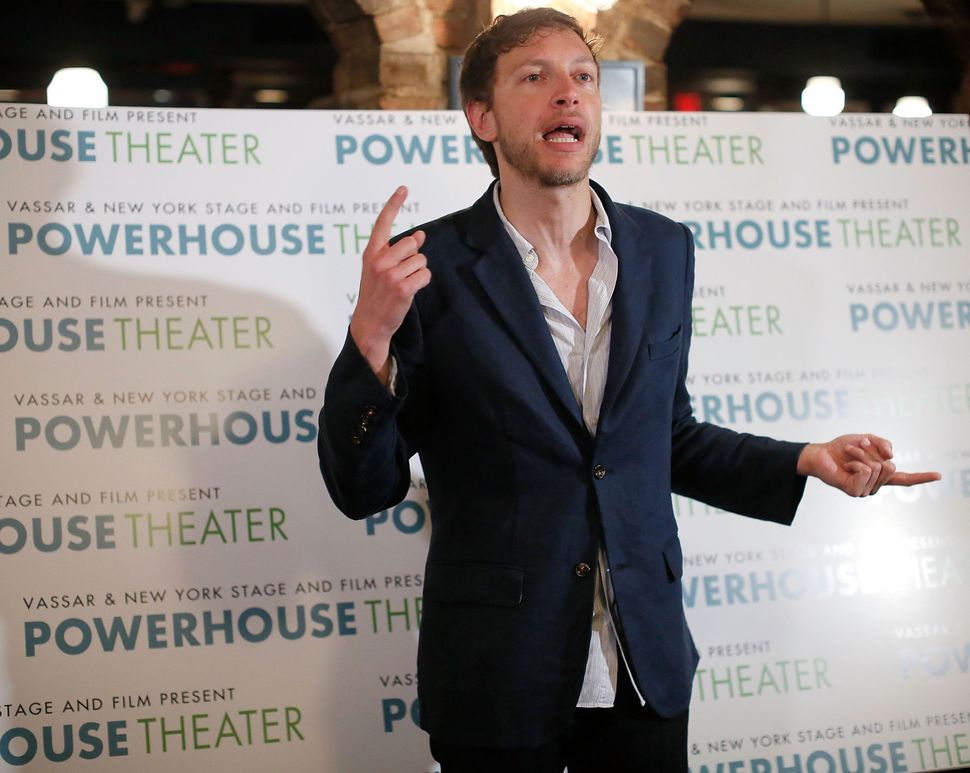 Philadelphia-born Michael Friedman, who died on September 9 at age 41 from complications related to HIV/AIDS, was more than just the composer of “Bloody Bloody Andrew Jackson.” Before “Hamilton,” and with a decidedly more ambiguous and less hero-worshiping optic than that mega-hit, “Bloody Bloody Andrew Jackson” bowed on Broadway in 2010, highlighting a president who swayed crowds despite being capable of murderous cruelty. The artistic inspiration to delve into American history for moral lessons may have been inspired by Yiddishkeit.

In 2007, Friedman told the Jewish Journal that his father was “fiercely proud” of his German Jewish origin, identifying “culturally, but not religiously, with Judaism.” Friedman added that Judaism provided for him a penchant for “intellectual questioning, of learning for learning’s sake.” His father, John Friedman, served as chairman of the board of the Philadelphia Theatre Company, in which the younger Friedman made his theatrical debut in 1987 as a juvenile offstage voice in a production of “Citizen Tom Paine” by Howard Fast. He referred to this experience on the occasion of the 2012 premiere of “Stars of David,” a musicalization of Abigail Pogrebin’s book, “Stars of David: Prominent Jews Talk About Being Jewish,” with texts by Ruth Bader Ginsburg, Wendy Wasserstein and others, set by Sheldon Harnick, Marvin Hamlisch and Friedman. According to Friedman, this marked his “Philadelphia theater debut playing a street urchin offstage.”

In “Stars of David,” Friedman had produced a ditty to words by the playwright Tony Kushner, “Horrible Seders (or “Pharaoh Cannot Win).” A prototype of expanding and fictionalizing American history to prove a political point, “Citizen Tom Paine” was the brainchild of Howard Fast, whose family, originally named Fastovsky, was of Ukrainian and British Jewish origin.

As the playwright Elmer Rice, born Elmer Leopold Reizenstein, wrote about “Citizen Tom Paine” when it appeared in 1943, “In moments of crisis, a nation rediscovers its past.” From an early age, Friedman was determined to make this rediscovery through musical theater. Inspired by studies at Harvard with the Argentine Jewish composer Mario Davidovsky and especially Elizabeth Swados, of Lithuanian Jewish origin, Friedman noted in a 2005 essay in the “London Review of Books”: “Musicals could be seen as a blue-state phenomenon – urbane, sinful, excessive and sophisticated, probably homosexual and Jewish – that has somehow ‘insinuated’ itself into American popular culture.”

Last year, in a blog for Keshet, an organization defending the rights of LGBTQ Jews, Friedman expressed his appreciation for Swados’s persistent help in finding him jobs early in his theatrical career, as well as the inspiration of her prolific creativity. This wide-ranging, all-inclusive spirit served as a blueprint for such eclectic Friedman scores as “Fortress of Solitude,” the musical adaptation of a novel by Jonathan Lethem. “Fortress” gave Friedman the opportunity to fashion plausible soul, funk and hip-hop anthems, alluding to the musical past without ever straying from the optic of music for the theater.

Apparently consciously aware of writing what Paul Hindemith and other German writers called Gebrauchsmusik (utility music), Friedman would claim to be alluding to the emo movement, an offshoot of 1980s hardcore punk music, in “Bloody Bloody Andrew Jackson.” In fact he was quoting Kurt Weill, Stephen Sondheim and other predecessors. At a TEDxEast talk in 2012, he described the songwriting process as a struggle between an angel pointing to established rules and a devil replying: “Rules, shmools.” Yet while being ever-trendy, he also retained strong ties to Broadway tradition, in the same presentation calling “Adelaide’s Lament,” penned by Frank Loesser for “Guys and Dolls,” the 1950 musical, the “most perfect theater song ever written.” Friedman provided hat-tips to even older tradition. In his 2003 musical “Gone Missing,” one character sings:

“The moment that a fella/ Lends me his umbrella/ It’s just another doomed romance.” This is clearly a reference to Irving Berlin’s “I’m just a fella/ a fella with an umbrella/ Looking for a girl who saved her love for a rainy day” from “Easter Parade.”

Friedman’s understanding of the past was essential for the historically aware pastiche-style scores demanded of him by a series of projects, just as his plentiful work with the Civilians, a New York theatre company staging works based on extensive Studs Terkel-like interviews with common folk, kept him up-to-date. Jewishness could appear in unsavory places, as in “Pretty Filthy” (2015), an examination of the ups, and mainly downs, of the porn industry. One schlimazel among the performers proudly identifies himself by the stage name Herschel Savage, stating: “I have to be true to be my Jewish identity.” An agent refers to himself as “Jew Hefner,” a nod to the publisher of “Playboy Magazine,” with misplaced exuberance. In a discussion from last year, posted online, Friedman and his friend Kushner implicitly and explicitly deal with the continuous line of bigotry and homophobia extending from Ronald Reagan’s blithely ignoring the AIDS epidemic to George W. Bush’s profiting from anti-gay rhetoric during election campaigns, to the present administration. “Angels in America” explored hatreds underlying Reagan’s smile, just as “Bloody Bloody Andrew Jackson” held a mirror to a president much admired by the current occupant of the White House.

Together, Kushner and Friedman have reminded American audiences of the possibility of theater as a repository for conscience when faced by oppressive power brokers in public life. Friedman’s achievement is all the more outstanding as a songwriter, not responsible for the overall dramatic structure of plays he worked on. His death inadvertently also reminds us that AIDS cannot be dismissed as an historical relic or problem already solved. It continues to kill people of all backgrounds and origins. According to the Philadelphia Inquirer Friedman learned only in July that he was HIV positive. Although Friedman himself has gone missing, his prolific and varied work remains to be rediscovered by appreciative audiences. “The Abominables,” a new show with songs written by Friedman, opens on Friday in Minneapolis.

Composer Michael Friedman Was Inspired By His Jewish Origins