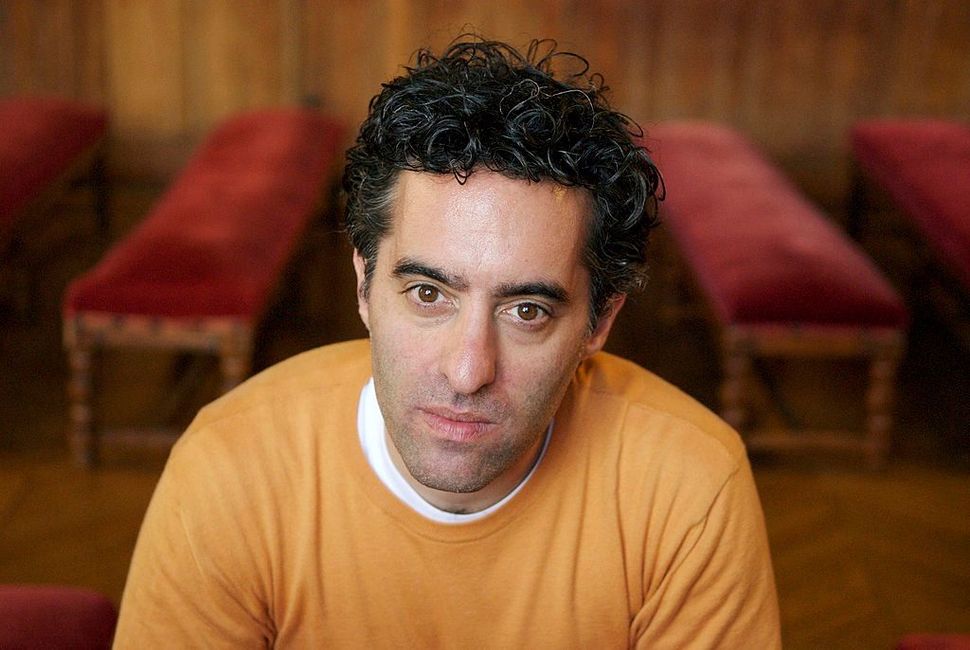 Dinner at the Center of the Earth

In his fiction, Nathan Englander has written with uncommon verve about the varieties of Jewish experience. Among other subjects, he’s tackled the Holocaust and its legacy (“The Tumblers,” “What We Talk About When We Talk About Anne Frank”) the fate of one of Argentina’s Jewish “disappeared” (“The Ministry of Special Cases,” his first novel), the Stalinist purges (“The Twenty-seventh Man”), Jews in a mental hospital (“Reunion”), Orthodox Jewish marriage (“For the Relief of Unbearable Urges”), and Jewish settlers in Israel (“Sister Hills”).

In his jigsaw puzzle of a second novel, “Dinner at the Center of the Earth,” Englander returns to the knotty problem of Israel and its foes, exploring different strains of political belief, the seeming inevitability of betrayal, and, above all, the human toll of perpetual conflict.

For all the importance of his themes, the result isn’t quite Englander at his best. “Dinner at the Center of the Earth” (whose title only begins to make sense, like the book itself, near the end) is an ambitious, challenging, wry, occasionally entertaining, but ultimately unsatisfying work.

Englander seems, first of all, to be challenging himself — to fashion a comprehensible plot from a series of narrative fragments. The novel, a mosaic of scenes, characters and perspectives that appear at first unrelated, skitters backwards and forwards in time and among various locations in Israel and Europe.

Gradually, the fragments start to cohere, and the characters and their motivations begin, at last, to take shape. The effect is analogous to staring at an Impressionist painting close-up and seeing only dabs of paint, and then moving backwards to get a clearer picture (even as the image’s context and the story it tells remain somewhat elusive).

One of the novel’s principal characters, known only as the General, is clearly modeled on the fierce Israeli general, and former prime minister, Ariel Sharon. Englander’s General is (or was, while sentient) a powerful and controversial figure, tasked with fighting Israel’s wars and exacting vengeance on its enemies.

Like Sharon (and Jack Nicholson’s Col. Nathan Jessep in the 1992 film “A Few Good Men”), he does the military dirty work that may make security possible. The argument evokes the excuses of the Argentinian generals who “disappear” political opponents in Englander’s “The Ministry of Special Cases,” not one with which the novelist is likely to sympathize.

The General lingers for years in a coma in a state Englander calls “Limbo.” “A fat man endlessly dying,” he is lovingly tended by Ruthi, his former assistant, and preoccupied by flashbacks and dreams.

Also in limbo is Prisoner Z, an American-born Israeli spy now being held by Israel, uncharged and incognito, at a black site in the Negev Desert. There he serves out an unofficial and indefinite sentence under constant Big Brother-like surveillance, the tedium broken only by backgammon games with a prison guard.

We eventually learn that Prisoner Z has been penning constant entreaties to the General about his case — not knowing that his correspondent is in no position to read them, and that his own situation is therefore hopeless. Along with Kafka and Orwell, one thinks of the legal limbo of Guantanomo, and of Jacobo Timerman’s classic 1981 memoir of torture and confinement under the Argentinian junta, “Prisoner Without a Name, Cell Without a Number.” (Indeed, Z describes himself at one point as “a prisoner-unnamed, in a cell-unlisted.”)

The novel’s principal mystery is just what Prisoner Z has done to merit such a fate, and how he came to do it. The ancillary mystery, of course, is how all of Englander’s characters, and their plots, are interrelated.

The first short chapter, titled “2014, Gaza Border (Israeli side),” sets the tone, situating us in world at once historically familiar and vaguely surreal. “This time, as with every time, when the fighting starts, it will be more terrible than the fight that came before,” Englander writes. “Always it is the worst, the most violent, the least restrained, a steady escalation. The singular rule…..There’s no knowing how and when, or even if, the bloodshed will ever end.”

After sketching the fate of Prisoner Z, Englander whisks us to Paris, in 2002, where Z, having already made his fatal error, thinks of himself as “a human typo soon to be whited-out from his line.” The error, we’re told, is “a crime of political passion, undertaken in a desperate, last-ditch fugue and driven by his good-hearted intent to do what’s right.” Meanwhile, though, while awaiting Israeli retribution, he has fallen in love – a means of escape that may also spell his doom.

To fill in the narrative tapestry, Englander introduces several more characters: Farid, a Palestinian businessman who is also a member of a Berlin yacht club; a supposed Canadian “junk dealer” named Joshua, whom he befriends; Shira, an Israeli operative turned national security adviser, and an unnamed Palestinian mapmaker who becomes her lover.

The overall mood of the novel (not unusual for spy novels) is paranoia, a natural state when almost nobody is who he, or she, appears to be. In a Hobbesian world of endless war, treachery seems like the one universal – “dark scenarios unfurling at lightning speed, as well as a slow-motion remorse….” Until, Englander suggests, real love, however improbable and star-crossed, manifests itself – conquering much, but maybe not quite all.

Julia M. Klein, the Forward’s contributing book critic, was a finalist this year for the National Book Critics Circle’s Nona Balakian Citation for Excellence in Reviewing. Follow her @JuliaMKlein