Does Russian Studies Have An ‘Alt-Right’ Problem? 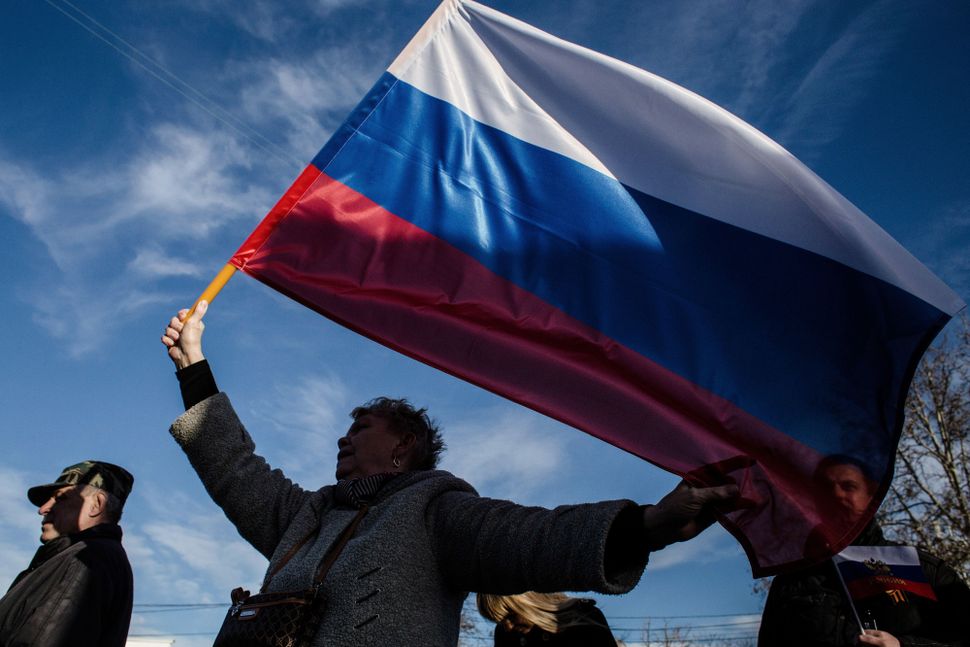 A searing essay in The Chronicle of Higher Education calls on the field of Russian Studies to acknowledge the tie between Russia and white supremacy.

“David Duke, Richard Spencer, and other white-supremacist leaders have longstanding ties to Russia and Ukraine,” writes Sarah Valentine, who has a PhD in Russian literature from Princeton, and is the author of “Witness and Transformation: The Poetics of Gennady Aygi.”

“According to The Washington Post, Spencer has called Russia “the sole white power in the world,” Valentine writes.

Valentine also notes that Spencer’s wife, Nina Kouprianova, has a Ph.D. in Russian history from the University of Toronto.

That’s not all. “Matthew Heimbach, a white nationalist, has praised Putin’s Russia as a model for nationalism and antiglobalism, which is code for anti-Semitism,” Valentine adds.

The Forward has reported on the term “cosmopolitan,” including the perspectives of several scholars specializing in Russia.

Valentine’s essay focuses on her experience as a black female academic in the field of Russian studies. She describes a harrowing physical attack while she studied in Moscow, and how her professors did not mention racism in Russia and the danger faced by non-white people there. It is also, she says, dangerous for Jewish academics.

“It is time for the leaders in the fields of Russian, Slavic, East European and Eurasian studies to acknowledge that the region can be a dangerous place for LGBT students, Jewish students, women and students of color, and to put protocols in place for students to report and recover from their experiences,” Valentine writes.

“To acknowledge that the field’s longstanding disdain for scholarly discussions of gender, sexuality, ableism, and race has made it safe for white nationalists to imbue its subject with their Eurocentric fantasies,” she adds.

Aviya Kushner is The Forward’s language columnist and the author of The Grammar or God (Spiegel & Grau, 2015). Follow her on Twitter at @AviyaKushner

Does Russian Studies Have An ‘Alt-Right’ Problem?