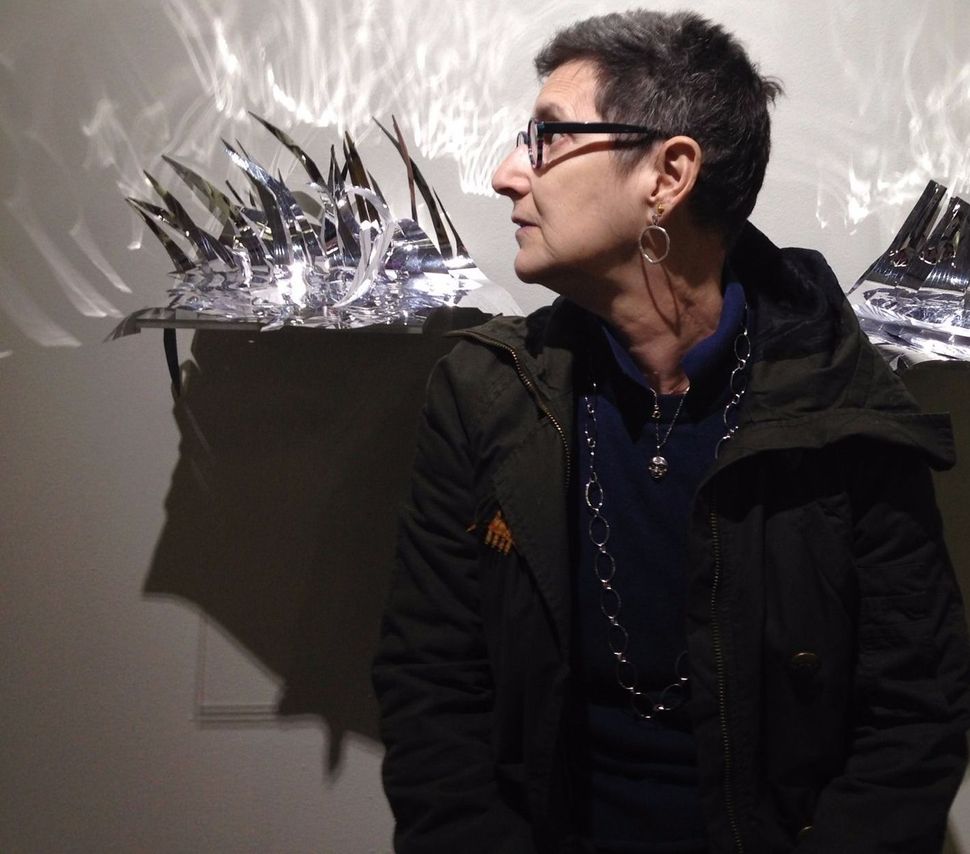 To speak of the quotidian in Yiddish we use the term yedes montik un donershtik, meaning literally, every Monday and Thursday. Arlene Bronstein took the folksy saying and wore a new groove in it; she spent the last nine years of her montik un donershtiks here at the Forward cataloguing photos, researching queries and generally helping us identify and organize our maze of archival materials.

When she died of a heart attack suddenly last Monday, her surviving sister Patricia said she was dressed and ready to walk out the door for her work here, having finished reading that other paper of record in this city. Arlene was that sweetest of New York combinations — really well informed and, therefore, opinionated — while at the same time modest so that she frequently appealed to me to please not introduce her to more staff members. She knew enough of them already.

I knew she was a long—term lung cancer survivor, and a raging lover of life who traveled — between PET scans — to London for the theater and Santa Monica for the sunlight. But recently she had another in a series of infections and also developed water in her lung. So, while she was waiting for her pulmonologist to have time to see her, she continued to come here and uncover archival items. Her last entries were a series of cartoons and those can be really tough to describe. The drawings had been signed by the formerly unidentified artist known as Mark, and that was all anybody knew of him. Using some of our extant employee tax forms along with an internet notice of a caricature drawing class at a JCC somewhere in Boca, Arlene managed to find the last known Forward cartoonist, whose full name was Paul Markison. Before “and she persisted” was ever a meme, Arlene owned it.

A detail oriented former dancer-turned-records manager for the law firm Davis Polk, Arlene was an iron-willed corrector of historical imbalances, as far as our images were concerned. If ever a woman was captioned merely by her husband’s name, i.e. Mrs., as is frequently the case, she would endlessly research to find the woman’s personal name to ensure historical accuracy and more important — yoysher, justice. Yedes montik un donershtik, nobody was lost to history — not on Arlene Bronstein’s watch.

Here’s to Arlene, who loved us so much she came for nearly a decade, rain or hail, air conditioning or overheating, 33rd Street or Maiden Lane, paper or digital. She faithfully served us all, Yiddish and English and even Russian as for a while we published in that language too. Arlene was a beloved figure in several NYC communities and had the pick of where to volunteer — and she chose Mondays and Thursdays with us — and for that I am so grateful. May her work here and the memory of her beloved steady presence, continue to aid and inspire us all.

And yes, she was actually related to Trotsky.