In ‘The Treasurer,’ A Young Jewish Playwright Takes On A Foreign Concept: Hell 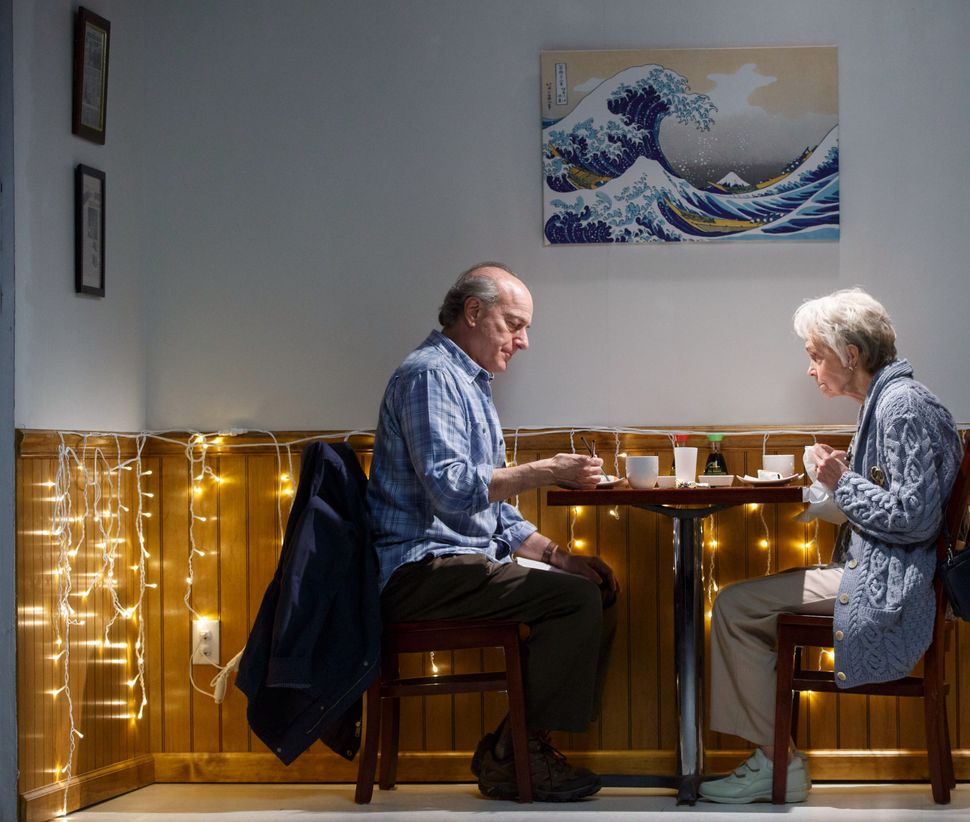 Not so in Max Posner’s new play “The Treasurer,” which opened at Playwrights Horizons this week.

The title refers to a character known as The Son, who takes charge of his mother’s finances after her husband passes away. The Son is in his 60s, and supporting his own family. His debt-ridden 80-something mother, Ida, shows a penchant for spending his and his siblings’ money without considering the consequences of their bearing the cost. 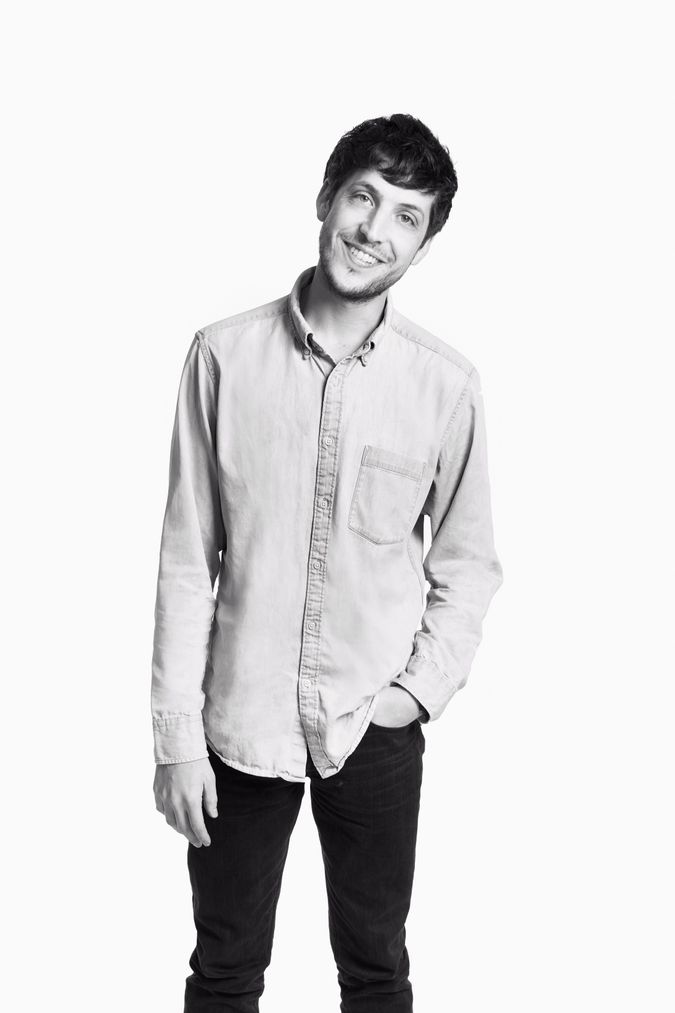 The Son, who is described in the script as “vaguely Jewish,” declares that he doesn’t love his mother. And for that sin he thinks he just might go to hell. “The Treasurer” finds a set of fruitful questions in that possibility, providing the play’s thematic grounding. What, exactly, is hell? Does it exist, and in what form? What are the moral and practical consequences of believing in it?

Posner and I went to grade school together in Denver, separated by a few too many years to interact frequently. Until high school, when he joined a local young playwrights program, his primary interest in theater was acting; if I’m not mistaken, I once saw him play an exuberant Tom Sawyer.

Exuberance of a different sort appears in his writing, most often as delight in the expansive strangeness of language and the comically awful contradictions of those who use it. Images and story arcs begin in the quotidian and end in the absurd; characters, without turning twee, occasionally branch into the representational, becoming winking or heartbreaking reflections of human oddities – and worse – that we might rather ignore.

Given the boldness of that choice, in light of The Son’s professed attitude towards his mother, one might form certain expectations of the playwright who made it. Yet Posner, 28, is soft-spoken and genial. We met to discuss “The Treasurer” at Playwrights Horizons. Read an edited version of that conversation, below.

Talya Zax: What, in your mind, can and should a play be?

Max Posner: I want plays to address things that we normally don’t talk about with other people. I think there’s something really amazing about people gathering in a room to sit with these feelings of discomfort and loneliness and shame and all of the kind of ugly things that we’re all maybe carrying in our own selves, and mostly not discussing.

What do you think theater should be doing to face the ugliness of the soul?

I think that people need to be willing to challenge audiences in tiny ways. I think plays [should] challenge our personal equilibriums. I think we’re living in a moment where sound bytes are taking over. I think that that happens in theater too, where if a play has kind of a sexy tagline or hot-button thing, then it’s sort of actually sellable in a certain way. And I think that plays should resist summary.

How do you avoid the instinct to summarize in your own work?

For me the texture of a play, and the relationships and the language of the play, is the thing that I’m really focused on. The story, in a certain way, is less interesting for me than the minute-to-minute experience of it.

That texture obviously comes through in your writing. I’m curious about how you balance that with the understanding that the play will be something that people primarily see, rather than read.

I’m just in a moment where my plays are starting to be performed, and so there was a long time where it felt like the primary relationship was between me and this document, not between the play and the audience. I think there’s a false way to interpret this play, and maybe other plays I’ve written, where it can be like poetry on the page. But actually, I think that I’m not trying to upstage the character, I’m trying to really precisely notate this very specific and maybe slightly askew but real way of speaking that’s in some ways more mundane than poetic.

This is the first play that I’ve ever written that, inside of the play, acknowledges that there are real people that the play is connected to. I feel like all of my plays, and actually I think most plays, are like in some way obviously just connected to the people that you grew up with, or your family, or your life.

But I was reading a lot of fiction that I felt was blurring the line between reality and being a novel. I sort of felt like, plays don’t do that; there’s this thing that always happens where when someone writes a play that’s autobiographical they, like, give the character a different name – which I have done – but also sort of seal the world off. I wanted to write a play that was incredibly emotionally realistic to something, but I felt that actually acknowledging that it was a play was helpful in making it more realistic, even though it feels like it might do the opposite.

Do you believe in hell?

I don’t believe in hell, I don’t think, no. But I think because Jews don’t believe in hell there’s a way in which we have to absolve all of our crimes in our own life. There’s a sort of relief in the idea that I don’t have to talk to my mother at dinner. I can just go to hell. It’s helpful to think that you will have to face your punishment, and it’s convenient to have that punishment be something that you have no control over.

This is a play that is clearly Jewish in its trappings. How did your own Jewishness influence you in writing it?

In some bizarre way this is the most Jewish thing I’ve ever written. The Son and his brothers are the kinds of Jews that, like, their Seder lasts 3-5 minutes. But I do feel like this play is a bit of a thought experiment. I don’t want to speak for all Jews, and I feel very confused about what being Jewish really even is, but I do think that there’s a way in which I personally have trouble letting things go, once I’m thinking about them. I’ve been inspired by other Jewish artists who seem to have a similar difficulty. This play is definitely an expression of that.

There’s a way in which I think that this play is about a Jew thinking about a Christian idea, and trying to sort of map this Jewish guilt on to this very prevalent idea about hell. I’m not interested in writing like Arthur Miller morality plays, even though I have received a lot of wisdom from studying them. I do feel like this is a play about a person who’s kind of imprisoned by morality, and that feels very Jewish to me. What is right? What is the right thing to do? How should a person be towards their mother? Which is one of the most Jewish questions, I think, in the world.

In ‘The Treasurer,’ A Young Jewish Playwright Takes On A Foreign Concept: Hell