A Gloria Steinem Biopic Is Coming, Thanks To Julie Taymor And Sarah Ruhl 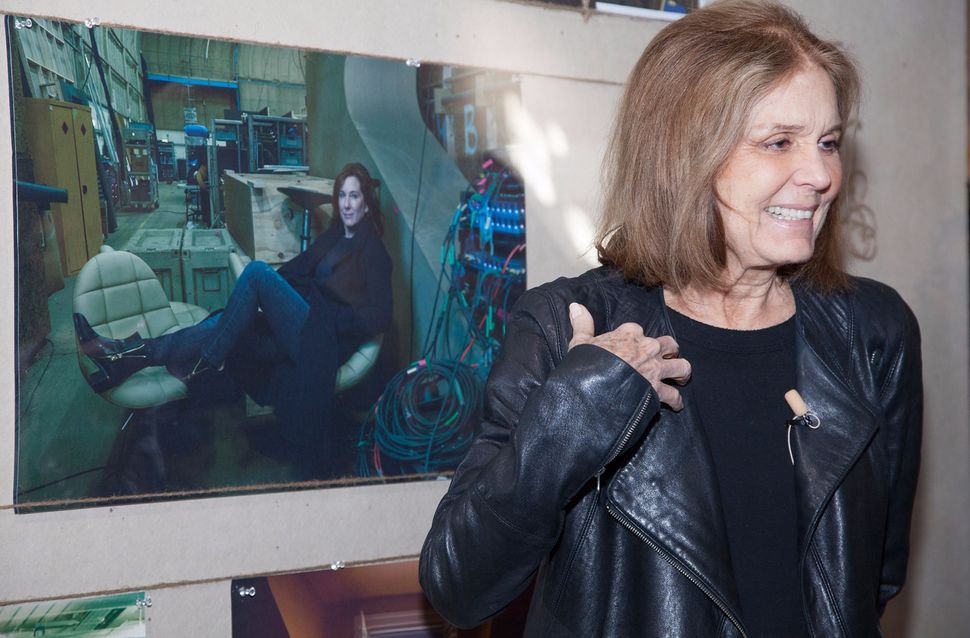 Gloria Steinem, author and feminist activist, has done quite a bit for women. Now, a Jewish woman will bring her story to the big screen.

Tony Award-winning director Julie Taymor, mastermind of the acclaimed Broadway adaptation of “The Lion King,” will direct an adaptation of Steinem’s 2015 memoir “My Life on the Road” for June Pictures, Deadline reported this week. The film’s screenplay will be penned by two-time Pulitzer Prize finalist Sarah Ruhl.

Steinem lauded the pairing, as well as the involvement of Lynn Hendee, who will join Taymor and June Pictures’s Alex Saks and Andrew Duncan as a producer. “I can’t imagine anyone more magical than Julie Taymor — or more understanding than Lynn Hendee and Sarah Ruhl,” she told Deadline. “So now that we are on this journey together, I hope and believe the result will encourage many more travelers — especially women in all our diverse realities — to tell our own stories.”

Hendee previously collaborated with Taymor on a 2010 film adaptation of Shakespeare’s “The Tempest” and a filmed version of Taymor’s 2014 theatrical staging of “A Midsummer Night’s Dream.”

Taymor told Deadline that “My Life on the Road” had struck her as “vividly cinematic.”

“From reluctant spokesperson to a beacon of positive change, [Steinem’s] is a singular journey — an American leader who can speak to us all,” she said.

A Gloria Steinem Biopic Is Coming, Thanks To Julie Taymor And Sarah Ruhl