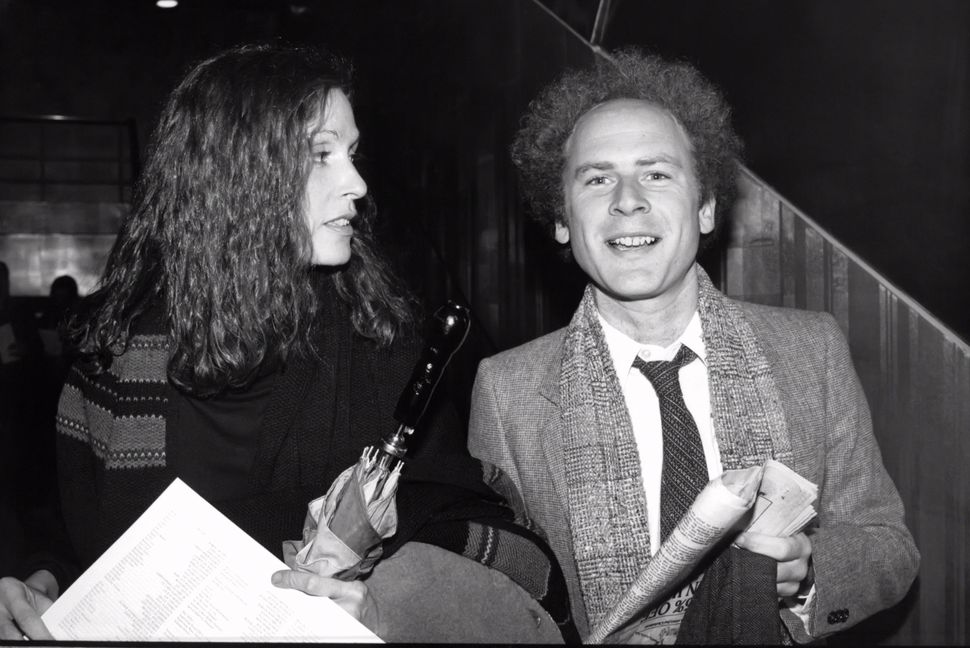 You learn a lot of things about Art Garfunkel in his new memoir, “What Is It All But Luminous: Notes from an Underground Man” (Knopf). For example, you learn what songs are on his iPod (hint: a lot of Art Garfunkel songs). You learn that, as of the book’s writing, he has read 361,980 pages, for an average of 20.6 pages per day. (He’s a reader, you see.) You learn the names of most of the books he’s read. (Alongside a generic list of the Great Books, they include Martin Buber’s “On Judaism,” Elie Wiesel’s “Night,” and Adolf Hitler’s “Mein Kampf.”) You learn that he slept around a lot more than Paul Simon did. (“Paul won the writer’s royalties, I got the girls.”) You learn that he wonders how many more tickets a Simon & Garfunkel concert would fetch today than a mere Paul Simon show. He guesses 8 to 10 times more. (Having seen several sold-out Paul Simon shows in the past few years, I’m guessing he’s 8 to 10 times wrong.) You learn a lot more than you ever really wanted to know about Art Garfunkel in this literary monument to his ego and his insecurities.

But you also learn that Garfunkel’s gorgeous voice and approach to singing were forged in the pews of his childhood synagogue. While he was no great fan of his religious education (“Life was meant to be a little awful. So God created Hebrew school…. It was about the boredom of reading, of sounding out those characters without knowing the meaning of the words”), the torture of learning the language was redeemed when reading turned to song – “It was about … hearing the words from the back of a class, with the visor of my cap pulled low over my closed eyes. AND ABOUT SINGING THEM.” (Emphasis his.)

It was at shul that the Lord’s light shone upon young Arthur, and was gracious unto him: “I was the angel singer and I felt ‘touched’.” It was there that he learned what it meant to move people with his voice: “… I knew in the synagogue, in the high-ceilinged temple room with the resounding wood walls, that my singing these minor-key, age-old prayerful melodies was moving grown men to tears in the aisles before me.”

And it was there where he first learned to be competitive with his singing partner: “Paul says it was SRO at my bar mitzvah.”

It is somewhat remarkable to read how Garfunkel contextualizes his early life very much within the Jewish world: “I grew up near Jewel Avenue and Main Street in the borough of Queens in New York …. Hitler was winning in ’41.” And for this self-professed Buddhist to attribute his artistic gift to a deity, when he writes about singing, “It’s sent from God through the heart, and it is un-analyzable.”

One almost takes pity on him when he reveals that when he was 12 years old, Simon’s father told him right to his face: “I just don’t like you.” But then he finds comfort and reassurance when he asks rhetorically, “Who are these two sensitive Jewish boys whose mothers loved them so much?”

Otherwise, Garfunkel reveals things that — while the reader might recognize them as mortal and oh-so-human — should nevertheless not be shared (at least not in the diary-like form he uses, material that cries out for some form of art or artifice, no pun intended).

He writes, “I live in soliloquy, and I don’t mind the wolf in me nor all the rugged barren beauty round my shoulders as I ride alone.” And that’s the (purple) prose part. Later, it gets verse. And he openly wonders, of Simon and Garfunkel, who will die first and “who will speak at whose funeral.” Who thinks these things? More to the point, who shares these things? Art Garfunkel does.

Apparently Garfunkel was absent from Hebrew school the day they read Numbers 12:3: “Now the man Moses was exceedingly humble, more than any person on the face of the earth.”

Even the typography is egotistical. The books ends with this note: “The text of this book is set in a digitized version of Art Garfunkel’s handwriting, created specifically for this project….”

Oh, and by the way, you can put aside any lingering hopes of one final reunion of Simon & Garfunkel, the singing duo. Those lie dead and buried in the pages of this book. As Garfunkel writes about himself: “I never forget and I never really forgive.”

Seth Rogovoy is a contributing editor at the Forward. He often writes about the intersection between popular culture and Jewish themes.