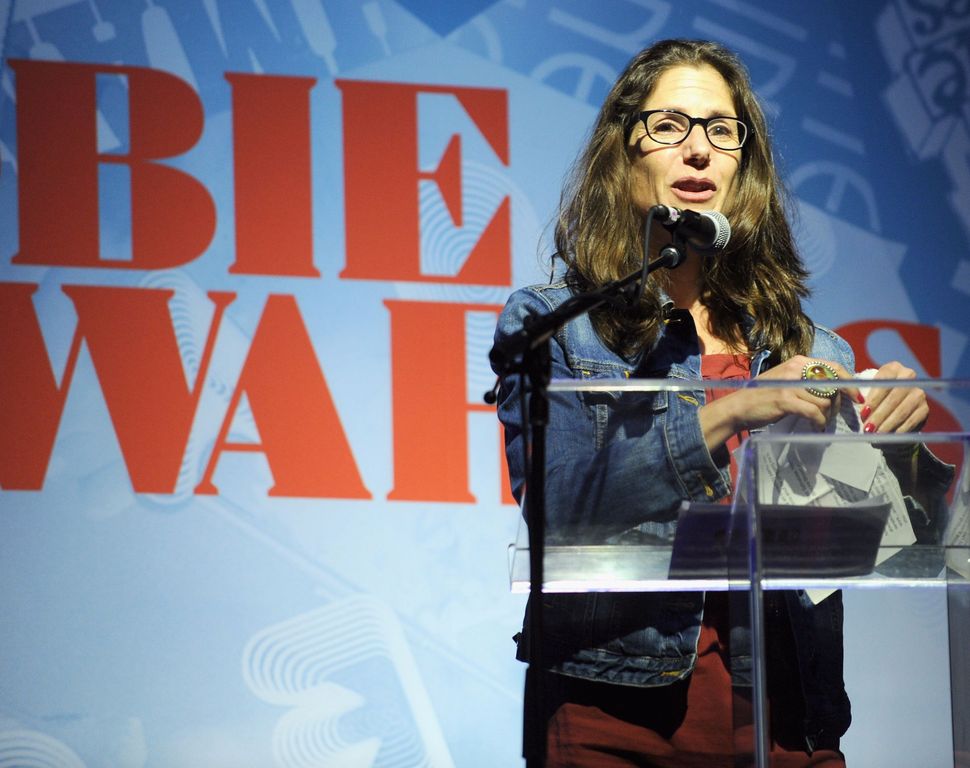 A parent has a child with a chronic illness. Obviously, that parent’s life transforms; what, exactly, does it become?

That question forms the heart of Amy Herzog’s new play “Mary Jane,” which runs through October 29 at New York Theatre Workshop. Directed by Anne Kauffman and staring Carrie Coon, the play’s title character, a single mother, cares for her young son while trying to maintain a job. Nurses, friends and parents in similar situations, including a Hasidic Jew named Chaya, cycle through her days. They talk about big subjects – illness, partnership, belief – and others that seem more inconsequential.

Kauffman’s accolades include a 2013 Lucille Lortel Award for her direction of Herzog’s play “Belleville.” A founding member of documentary theater group The Civilians, for which I was formerly volunteered, she is well-regarded for her work with new playwrights. We met at New York Theatre Workshop to discuss “Mary Jane;” read excerpts of that conversation, below.

Talya Zax: How long have you been involved with this project, and how has your thinking about it evolved over that time?

Anne Kauffman: I think I became involved with it two years ago. We did this production at Yale, and now we’re doing it here. Amy’s a very sly writer, I always say this. She writes in very complex layers; in this play there are so many of them, and each layer has fragility. You think you understand the piece, but then when you start to take it apart again it’s very intricate, and it’s very surgical.

The way to understand the layers is to engage with [them] in a very personal way. You have to project onto these people your experience, then learn something about yourself from what the characters give back to you. I was like ‘what am I going to talk to the Forward about? I hope they’re not going to ask me about my Judaism in relationship to this.’ But then I was like oh, I haven’t been to the High Holidays in ten years or something. Doing the play actually inspired me to go to services on [Yom Kippur].

It was pretty fascinating. I went with my sister up in Northampton. We haven’t been to synagogue together since we were in high school; that’s a very long time ago.

I felt like I went there searching for something – not exactly sure what I was searching for – but during the rehearsal process both at Yale and here for ‘Mary Jane,’ we had several visitors come in and talk to us. We had doctors come in, we had a Lutheran chaplain come in and talk to us, and we had a rabbi that we spoke with who’s a [professor] emeritus at Yale. He blew my mind.

This man is in his 70s, and he is still very much in the middle of trying to understand his own faith through the teachings of the Torah, and philosophy. For me, [as] I’m very much reflecting on what it is to get older, to encounter these people who are very wise and who are still really, really wrestling in a very profound and active way with their faith is very heartening.

He talked a lot about Chaya, the Hasid in the play, and what her relationship to her community is and what an outlier she is, actually, in her community. He spoke about Chaya as though she was a real person. He was so impressed with her, and was almost engaging in a conversation with Chaya and extrapolating other interactions that she must be having with her community based on a scene, one scene that Amy Herzog wrote.

This is a testament to Amy’s writing, and the complexity and the layers that she’s playing with, but also says something about who this rabbi is and who religious leaders, spiritual leaders, are. They are people who take characters from the Bible and treat them as though they’re real. I felt like that was actually a huge lesson for me, someone who works in the theater, to treat my characters as though they’re real people.

What was it about working on this play that made you want to make that choice to go back to High Holiday services?

It’s not just this play, but I would say that this play greased the wheels. Amy is interested in questions of faith for herself. I feel very impacted by the way that she thinks. I was like, I want to think about those things, too. Going through a second cycle of this play, I feel like I opened up to something. And then a very good friend of mine, Michael Friedman, a composer, died. It just felt like – I feel like I’m also experiencing kind of a great moment in my own life, so I’m just trying to figure out how to reconcile all of these emotions.

What is it like to work with Amy? How has this experience been different from your work together on “Belleville?”

She writes so personally. “Belleville” was one of her very few plays, up to that point, that [were] not about her family and her family’s history. She was setting herself the challenge of writing a thriller. That play definitely had a forward motion in a different way than this play has. This play feels, I don’t want to use the word “meditative” because that actually sounds like it’s boring, but in “Belleville,” the conflict was on every page. In this piece what she really was interested in exploring was the opposite of that. The conflict is basically offstage.

The federal government recently failed to renew the Children’s Health Insurance Program, which insures 9 million kids across the U.S. Obviously, neither you nor Amy could have predicted that particular relevance for this play. But I’m curious about what it’s been like for you to work on a play that has so much to do with the bureaucracy of healthcare at a time when healthcare has been specifically jeopardized.

Amy’s mother is a health advocate. She’s worked with the bureaucracy of the health insurance world for many years, so Amy [was] really acquainted with that even before our current healthcare crisis. These aren’t new issues, but in this particular moment they’re specifically very difficult. That’s one of the pieces that makes up Mary Jane’s very delicate existence, that’s one of the pieces that she has to balance, in a way, one of many. The piece is actually [Amy’s] Job. There’s a Job structure to it. The reference to floods and the crazy weather is about global warming, but it also references a more spiritual space.

In terms of the healthcare debate, a lot of the efforts both to cut services and the advocacy to continue them has been framed in terms of dealing with burdens. This play frames the source of one such burden as a more significant source of joy, one that even overwhelms the burden. What are your thoughts on that?