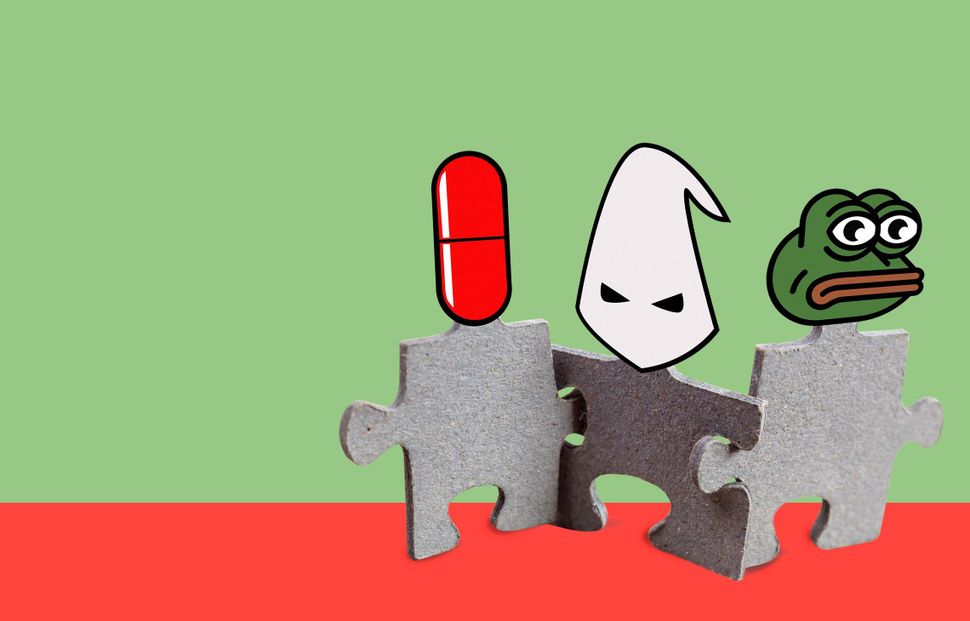 Since World War II, American political life has been defined, in part, by a rejection of overt anti-Semitism. Following the Holocaust and the creation of Israel, conservatives and liberals alike have largely agreed that anti-Semitism, and anti-Semitic dog whistles, should be banished from politics and political campaigning. Anti-Semitism was not eliminated, but both political parties pushed it beyond mainstream discourse.

According to George Hawley, author of “Making Sense of the Alt Right,” elements on the right want to challenge this consensus. The “alternative” in “alt-right” is in large part anti-Semitism. He argues that the “alt-right” hopes to replace the current political landscape with one in which anti-Semitism is an active political force on the right, and throughout American politics.

Since the 2016 election season, and especially since right-wing protesters killed and injured counter-protesters in Charlottesville, the “alt-right” has been in the news almost constantly. What exactly the “alt-right” is, though, and what it stands for, can blur or shift, depending on who is doing the talking.

In her recent book “Kill All Normies,” Angela Nagle suggests that the “alt-right” is defined by, among other things, “opposition to political correctness, feminism, multiculturalism.” Jonathan Chait at New York magazine equates the “alt-right” with racist populist nationalism, and says those of the “alt-right” are “pro-Russia, virulently anti-immigrant, race-centric, and conspiratorial in their thinking.” On the other extreme, Hillary Clinton identified the “alt-right” as an “emerging racist ideology“ that has “taken over the Republican Party.” The “alt-right” is sometimes seen as simply a group of trolls and online bullies. At other times, it is equated with violent fascists.

Hawley provides some much needed clarity. The “alt-right,” he says, is a loose collection of white nationalists who want to turn the United States into a white nation through restrictions on immigration, and eventually through more ambitious programs of ethnic cleansing. The “alt-right” is related to older racist movements in the United States like the Ku Klux Klan and neo-Nazis, and to older racist thinkers and theorists like Jared Taylor and Greg Johnson. It is different from the older movements in that its activity, before Chalottesville, was almost entirely online. The “alt-right” presents itself as edgy, countercultural and irreverent. In contrast to its dour predecessors, it wants to make racism, and anti-Semitism, fun.

The embrace by the “alt-right” of white nationalism distinguishes it from mainstream conservatism in a number of ways, according to Hawley. While Republican candidates often use racist dog whistles, or appeal to fears of Muslims, they also are careful to pledge themselves to the American traditions of equality. Dinesh D’Souza, for example, makes much of the fact that Democrats were the party that supported slavery during the Civil War; thus he argues that Republicans are the true friends of black people. D’Souza’s argument is ahistorical and deliberately disingenuous, but it is, at least, predicated on the belief that racism is wrong.

The “alt-right,” on the other hand, rejects the very idea of equality. Richard Spencer, the person most associated with the “alt-right,” “supports the idea of creating one or more white ethnostates in North America,” Hawley writes.

The break with conservative Republican claims to represent equality is most vivid in attitudes toward anti-Semitism. The conservative movement in the postwar period has been adamant about ejecting anti-Semites, Hawley told me. “William F. Buckley largely viewed purging anti-Semites from mainstream conservative thought as one of his most significant accomplishments,” Hawley said. “Buckley wrote an entire book about the question of whether Pat Buchanan was an anti-Semite, ultimately concluding that he was and therefore Republicans couldn’t get behind his movement. There’s plenty of examples of where [conservatives] said quite explicitly that that is an element of right-wing thought they wanted to get away from forever.”

The “alt-right,” in contrast, Hawley says, “for the most part views the so-called Jewish question as being fundamental to what they’re about.” And some of the most visible and successful campaigns of the “alt-right” have targeted Jewish people.

As with the rest of the efforts of the “alt-right,” these have been concentrated online. The website The Right Stuff began placing three parentheses around Jewish names — (((Albert Einstein))), for example. The idea was to use a catchy visual meme to make Jewish people, and especially Jewish journalists, visible. One “alt-right” individual created a Google Chrome plug-in that would place parentheses around Jewish-sounding names (the plug-in was quickly banned as hate speech). Many Jewish people began using the parentheses around their screen names on Twitter as an act of defiance — which the “alt-right” considered a huge success, since it wanted to make Jewish journalists more visible and highlight the supposed influence of Jewish people in the media.

The “alt-right” has also targeted Jewish conservative journalists for online abuse and hate mail. Journalists like Ben Shapiro and Bill Kristol were singled out by the “alt-right,” which gleefully pushed the idea that conservatives opposed to Trump were disproportionately Jewish.

The “alt-right” does have some mainstream allies, such as Milo Yiannopoulos and Ann Coulter. Hawley describes these figures as members of the “alt-light.” The “alt-light” fellow travelers “like the trolling and being viewed as being more edgy and countercultural than regular mainstream conservatives,” Hawley says. “But they do tend to stop short of calling for explicit racial nationalism.

The “alt-right” likes to claim that its influence in the election was determinative — a claim given credence by the fact that Hillary Clinton devoted a major speech to the movement, raising its profile. However, the truth is that the power of the “alt-right” remains limited. Steve Bannon and Stephen Miller could be considered members of the alt light, Hawley says. But Jared Kushner certainly isn’t, and Trump’s own ideological relationship to the movement seems opportunistic rather than committed, though his “both sides” rhetoric after Charlottesville suggests a disturbing willingness to be associated with Nazis. Be that as it may, Christian conservatives — whom the “alt-right” mostly rejects because of their connections to Jewish traditions and Zionist politics — remain exponentially more important to Trump’s coalition than the “alt right.”

The “alt-right” has perpetuated itself, Hawley told me, “because so many people are able to take part in it anonymously and live their normie lifestyle.” However, there is still a major taboo against vocally advocating white supremacy offline. People who have been identified as “alt-right” posters have lost their jobs and marriages. Without the ability to organize and lobby offline, the “alt- right” has limited ability to elect candidates even within the Republican Party.

Even if the influence of the “alt right” is restricted to the realm of online culture, though, it can still be dangerous. Online harassment and threats can cause serious harm. “Alt-right” associated trolls seem to have been implicated in the effort to use strobing GIF images to give Jewish journalist Kurt Eichenwald an epileptic seizure.

The “alt-right” uses humor and memes, allowing it to make racism and anti-Semitism seem cool, interesting, funny. Denouncing anti-Semitism can seem boring or staid. Many people on the left, and many who were certainly not anti-Semitic, cheered the attack on Eichenwald because they thought an attack by a GIF was funny and inconsequential. As Hawley notes in his book, the fact that the “alt-right” seems silly and harmless is part of why it is dangerous.

The “alt-right” is a warning of how threatening white nationalism, and racism in general, can be for Jewish people. Trump’s move to embrace more overt racist dog whistles against black people, Mexicans and Muslims inspired and emboldened the “alt-right,” and helped open up space for more overt anti-Semitism in American political life. If white nationalism becomes more acceptable, Jews will be among those who suffer.

Noah Berlatsky is a Chicago-based author and journalist.