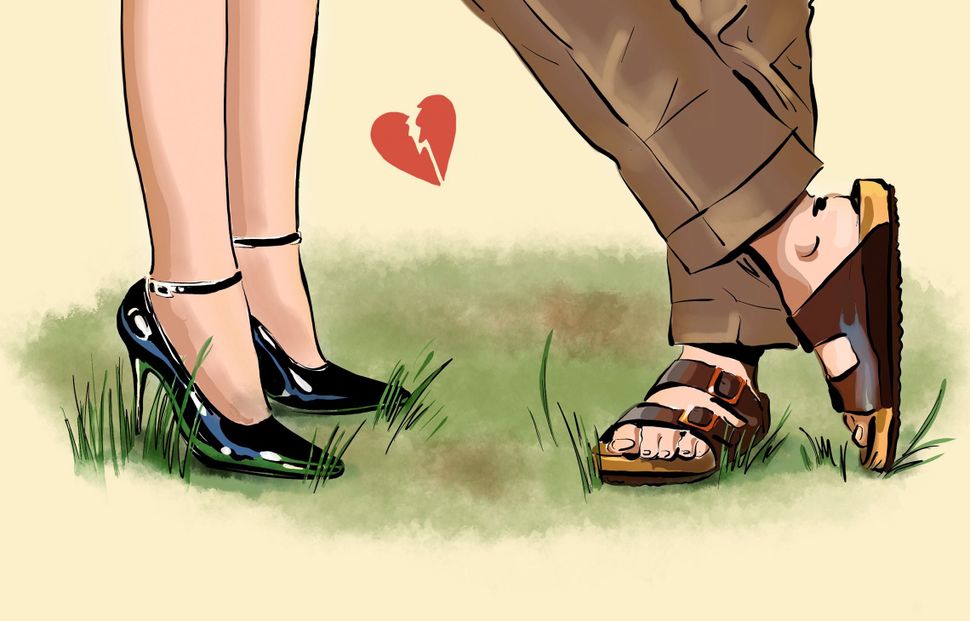 I recently spent a month in my hometown, Portland, Oregon. I’ve been toying with the idea of moving back. My high school friends, once dispersed around the country, are back, going on lake cabin trips and having slip-and-slide backyard parties. And it would be nice to live near my family and in the place I feel most comfortable and secure.

However, there are several reasons I haven’t moved back, and one is that I have not yet found a like-minded community there. I wondered whether the Jewish scene has expanded since my childhood. In a city of over half a million people, there is roughly one synagogue for each denomination: Reform, Conservative, Reconstructionist and Orthodox. It’s been that way since my childhood. I grew up going to Neveh Shalom, a Conservative synagogue. The Jewish community center up the hill from Neveh serves as the city’s only Jewish center. It is where buses depart for sleep-away camp each summer and where B’nai B’rith Youth Organization meetings are held. It was where I attended preschool and kindergarten and where my dad’s aunt, working as a secretary, knew my mother in high school and, years later, played yenta to make a match between my mother and her nephew, my father.

In my old bedroom, I did a quick Google search for summer events and found only one concert at the JCC. I texted a family friend, the woman I know who is most knowledgeable about Portland’s Jewish life. She told me to check out a group affiliated with the Reform synagogue, called Jews Next Dor. An event was happening the very next evening.

When I was packing I had forgotten how casual Portland is. The black stiletto pumps I threw in my suitcase at the last minute, with studs adorning the leather ankle strap like a dog collar, seemed excessive among the Birkenstocks and Nike sportswear. As I dressed for the event, my mom perched on a chair and claimed that people in Portland dress up for happy hour. She insisted I wear them.

I arrived at the taco restaurant early. It was a nice night; people were drinking beside the fire pit out back. I had no clue whom to look for, so I asked the hostess if there was a Jewish group with a reservation. She said there was a group of 15 coming in shortly, but she had no idea if they were Jewish. I waited awkwardly by the door. Then, two women walked in and sidled up next to the bar. I knew instantly they were here for Jews Next Dor (the curly hair, pale complexion, lively demeanor; one of them joked about that later). I walked over and introduced myself.

During the next few hours, the booth reserved for our party filled up and people squished in. We ordered tacos and talked about our jobs and how the city has changed. About an hour later, 20 young men and women were chatting like old friends, which is exactly what they were. I was the only one who didn’t know anyone. It felt like dining with someone else’s family, so much different from the parties I attend in New York, with open bars, people wearing nametags and a line for the coat check. One man talked about the kombucha he brews. A math teacher who had just moved to Portland from Denver wanted to know which taco was my favorite.

At around 9 p.m. we asked for the check (nights end early here), and we managed to split the bill 20 ways. As we waited for our credit cards, the teacher turned to me.

I gave him my phone number, wondering if these are the kinds of dates people in Portland go on. I wasn’t keen about the idea of trekking through a forest alone with a strange man. He did call me to follow up on the hike plan; I told him I was busy.

In New York, I tire of the big parties and the isolating feelings they bring. I usually sneak out early, relieved to go home. I hear the story of how my parents met and think, “That’s what I want.” But then I wonder if Portland, where spending an entire day sweating under pine trees is considered a lovely first date, is too relaxed.

So, I am returning to New York, intent on finding my own little Portland there.

Britta Lokting has written for Narratively and the Village Voice.