The Russian Jew Who Made Fats Domino A Star 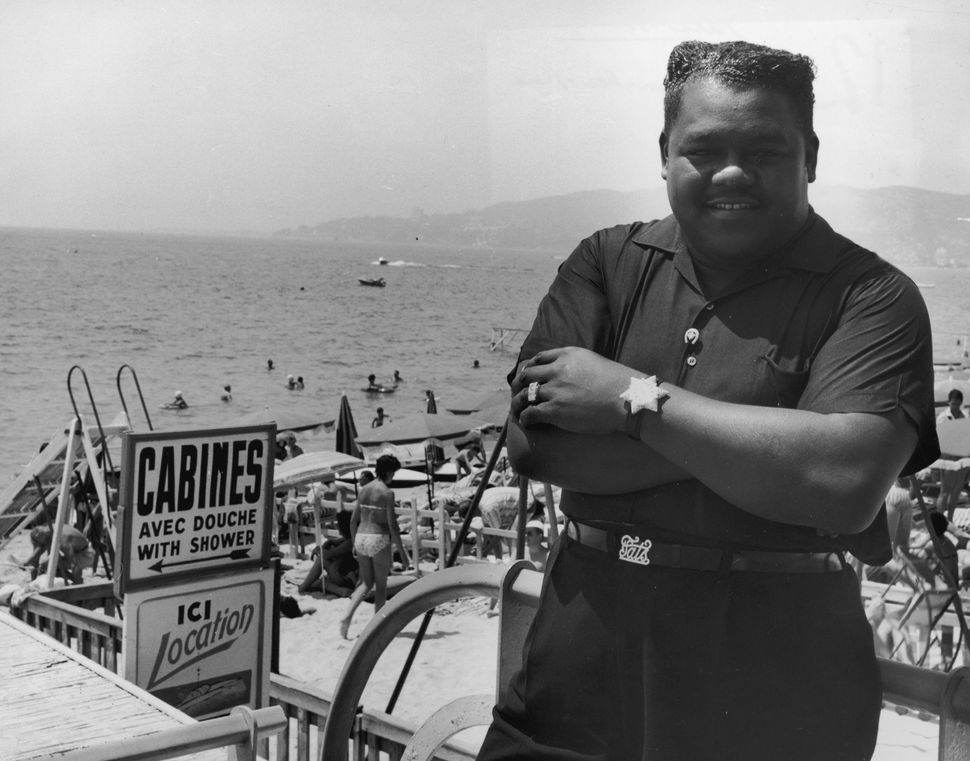 New Orleans singer-pianist Fats Domino, one of the seminal influences on rock ‘n’ roll, died Tuesday in his hometown of New Orleans at age 89. When Domino signed a recording deal with Lew Chudd, owner of Imperial Records, pop history was in the making. The artist recorded a slew of hit singles in the 1950s, including “Ain’t It a Shame,” “Blueberry Hill,” “Blue Monday,” and “My Blue Heaven,” putting Imperial on the map. Domino helped invent rock ‘n’ roll — some regard his 1949 recording “The Fat Man” as the first rock ‘n’ roll record — and his sound was adopted by everyone from Little Richard to the Beatles to Randy Newman to Dr. John.

Along the way, the pop landscape was changed. With Fats Domino, Lew Chudd succeeded in marketing a black artist to mainstream America possibly for the first time — Domino appeared frequently on national TV programs and his concert tours featured black and white artists on the same bill, often playing for predominantly white audiences.

By the time 1955 had rolled around, Antoine “Fats” Domino had already scored five gold records (selling a million copies each). Between 1955 and 1960, he scored eleven Top 10 hits. According to NPR, between 1950 and 1963, Domino hit the R&B charts 59 times and the pop charts 63 times. He outsold Little Richard, Chuck Berry and Buddy Holly — combined. Only Elvis Presley sold more records during that stretch, but even King Elvis paid tribute to Domino “the real king of rock ‘n’ roll.”

Domino’s story is inextricably intertwined with that of Lewis Robert “Lew” Chudd, born Louis Chudnofsky in Toronto in 1911 to Russian-Jewish immigrant parents. The family soon moved to New York City, and Chudd grew up in Harlem. He quickly ascended the entertainment business, working for NBC as an ad salesman, promoting swing bands, and creating “Let’s Dance,” a nationally broadcast radio program that played a crucial role in turning Jewish bandleader Benny Goodman into “the King of Swing” — just the beginning of Chudd’s career as a “king”-maker.

Like a number of his Jewish peers, Chudd eventually found himself in the record business, setting up independent labels to serve ethnic and geographic markets. Crown, his first label, focused on jazz. Imperial, founded in 1946, was originally intended to target the growing black and Hispanic record-buying markets in southern California. In 1947, Chudd hired a New Orleans bandleader named Dave Bartholomew as a talent scout and record producer. Bartholomew introduced Chudd to his pianist, Fats Domino, and Chudd signed Domino to Imperial, which scored its first national hit with Domino’s “The Fat Man.” Domino’s recordings weren’t confined to the R&B or “race” charts, but “crossed over” to the pop (read: white) charts. At the time, this was a practically unprecedented accomplishment.

Imperial went on to enjoy success with other R&B artists, including Roy Brown, Smiley Lewis, Chris Kenner, and Ernie Freeman. The label also recorded blues musicians Smokey Hogg, T-Bone Walker and Lightnin’ Hopkins, and country singer Slim Whitman. Chudd went on to sign Ricky Nelson, the star of the television series “The Adventures of Ozzie and Harriet,” to Imperial in 1957. But Domino remained the label’s star and bestselling artist.

The Russian Jew Who Made Fats Domino A Star