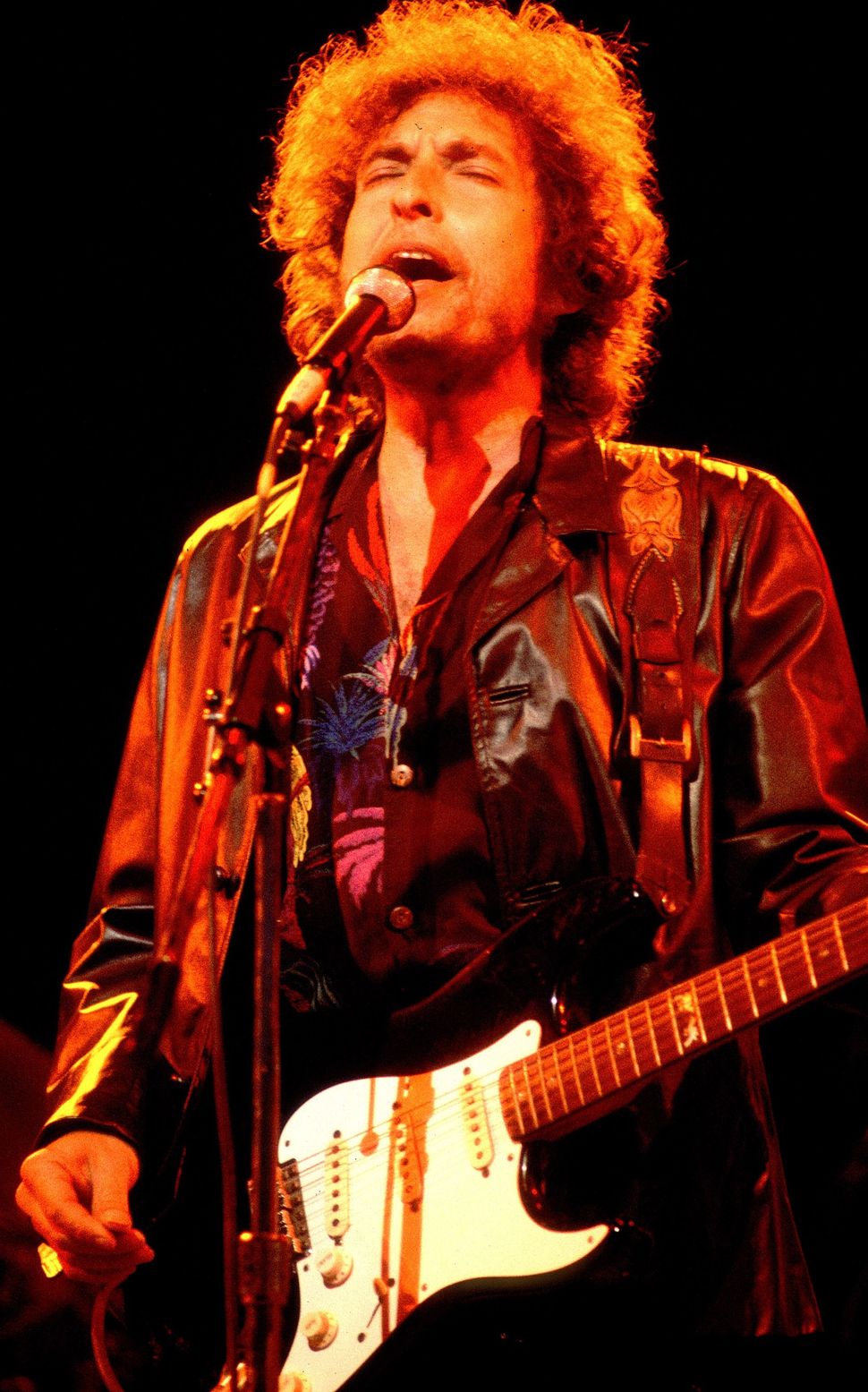 I recently attended an alumni reunion at the Berkshires summer camp where I worked in the kitchen in the 1970s. More than one person came up to me at the reunion and said, “I’ll never forget how upset you were when Bob Dylan became a born-again Christian.” When early in the summer of 1979 it was reported that Dylan had had some kind of Christian conversion experience, I went onstage at a morning assembly, and announced that it was the last time I would perform any Dylan songs. I even banned my roommates in the kitchen cabin from playing any Dylan albums. So yeah, I was pretty upset — apparently enough so that people I hadn’t seen in 40 years remembered that day.

In late August of 1979, when “Slow Train Coming” — the first of Dylan’s so-called gospel trilogy — was released, I didn’t know what to do. Up until that point, I owned every Dylan album and typically was first on line when a new one was released. At some point in September, I gave in, and out of sheer curiosity and the need to hear for myself what Dylan had wrought, I bought the record. The first time I put it on the turntable I felt a shiver of fear, as if I were breaking a taboo and lightning might strike. Even the cover image — of a train rolling down tracks. and a man wielding a pickaxe that mightily resembled a cross — frightened me. But down the needle went, and there was Dylan singing, “It may be the devil, or it may be the Lord, but you’re gonna have to serve somebody.”

The record was fantastic. It may have been his best-sounding album up until that time — an album produced by real professionals, rhythm and blues men Jerry Wexler and Barry Beckett. The songs were funky and rocking, with soulful horns, slinky keyboards, reggae beats and, on a few numbers, bluesy backup singers. Dylan’s singing was impassioned. Most of the songs alluded variously to a newfound faith, the Bible (including Part 1), messianism and love — either love of a woman or love of a Deity. The songs worked either way. There were few direct references to Jesus Christ, other than that cross on the cover, and the album’s final, strategically placed song, “When He Returns.”

The album that came out the following summer, “Saved,” was different. That one contained full-fledged gospel tunes, and there was little ambiguity about to whom they were addressed. There were still a few love songs, including “Covenant Woman,” which included a line I always found curious — “I’ll always be right by your side, I’ve got a covenant too” — as if the narrator were saying to the woman that he, too, had a contract with the Lord, but a different one. As in what a Jew might say to a Christian.

Dylan went out on tour after “Slow Train” was released, for the most part avoiding major media markets in favor of small venues in the flyover states, where his concerts featuring only new material might be received with more sympathetic ears — especially after a rocky series of shows in San Francisco. Dylan relented on follow-up outings, slowly mixing in old favorites from his back catalog, until by the end of the tour the balance had shifted almost entirely in favor of his pre-gospel material.

Until now, there has been little official documentation of those notorious concerts. This month, Columbia Records is rectifying that omission with the release of “Trouble No More — The Bootleg Series Vol. 13 / 1979-1981.” The package comes in several iterations, but the complete version includes eight CDs plus a DVD, featuring 100 previously unreleased live and studio recordings, including 14 previously unreleased songs. Those concert recordings are especially worth hearing; they feature one of Dylan’s best touring bands, and the singer himself was on fire. The box set, plus a purposely well-timed new book by Dylan chronicler Clinton Heylin, “Trouble in Mind: Bob Dylan’s Gospel Years — What Really Happened,” begs for a reconsideration of this period, musically and otherwise.

As the title indicates, Heylin’s book, which recounts the period beginning with Dylan’s three-month attendance in Bible class at the Vineyard Fellowship, and travels through the recording sessions and subsequent tours, is meant to portray “what happened” as the product of an authentic faith experience that propelled Dylan into a kind of rock ’n’ roll evangelism. Dylan delivered preacher-like sermons at many of these concerts, in which he admonished the audience and his fellow rock ’n’ rollers to change their ways of thinking (and behaving), lest they be left behind in an imminent and inevitable apocalypse.

Heylin demonstrates that much of the inspiration for these sermons came directly from the contemporaneous writings of popular Christian author Hal Lindsey. In “The Late, Great Planet Earth” and “Satan Is Alive and Well on Planet Earth,” Lindsey put forth an obsessively eschatological brand of Christianity that saw the establishment of the State of Israel and the Cold War as fulfillment of prophecies indicating that the end of days was imminent. Rather than offering any kind of personal testimony, Dylan was very much parroting Lindsey’s line.

Equally, and perhaps unintentionally, Heylin also offers evidence that attributes the gospel according to Bob Dylan to other influences, including a series of girlfriends, several of whom were his African-American backup singers (and one of whom would eventually, and for a brief time, become his second wife). More to the point, Heylin quotes English journalist Neil Spencer this way: “I saw Bob’s ‘conversion’ as part of his spiritual quest. He had already checked out his Jewish roots. What I absolutely didn’t realize was that, far from Christianity being another station in Bob’s quest, he had been ‘converted’ by… some kind of dumb Sunday school for addled coke heads.” Indeed, when I interviewed the poet Allen Ginsberg — a good friend of Dylan’s — Ginsberg spoke mostly not of Dylan’s new worldview, but of how healthy Dylan had become: drug-free and physically fit.

As quick as Dylan was to adopt the blanket of Christianity in song and onstage, he was equally as quick to drop it. The prophetic impulse remained, however, as did Dylan’s theological musings, especially on albums like the 1983 “Infidels,” with its invocation of Moses on “I and I,” and Israel in “Neighborhood Bully.” And on the 1989 “Oh Mercy,” with its exploration of kabbalistic themes in songs, including “Everything Is Broken.” For the next 35 years, Dylan would occasionally return to one or two of his gospel songs in concert, where they sat comfortably alongside songs from throughout his 50-plus year career, songs that had warned of an apocalypse at least as far back as 1962, with “A Hard Rain’s a-Gonna Fall,” and up through 2006, “The Levee’s Gonna Break.” Dylan continues his mission today, prophesying, in the ancient sense, each and every night of his Never Ending Tour.

Or as Heylin quotes Ginsberg back in 1981: “Dylan is reacting with a kind of terror to what’s going down in civilization and [to] being a prophet, and [is] taking it very seriously.”

Can I get an amen to that?