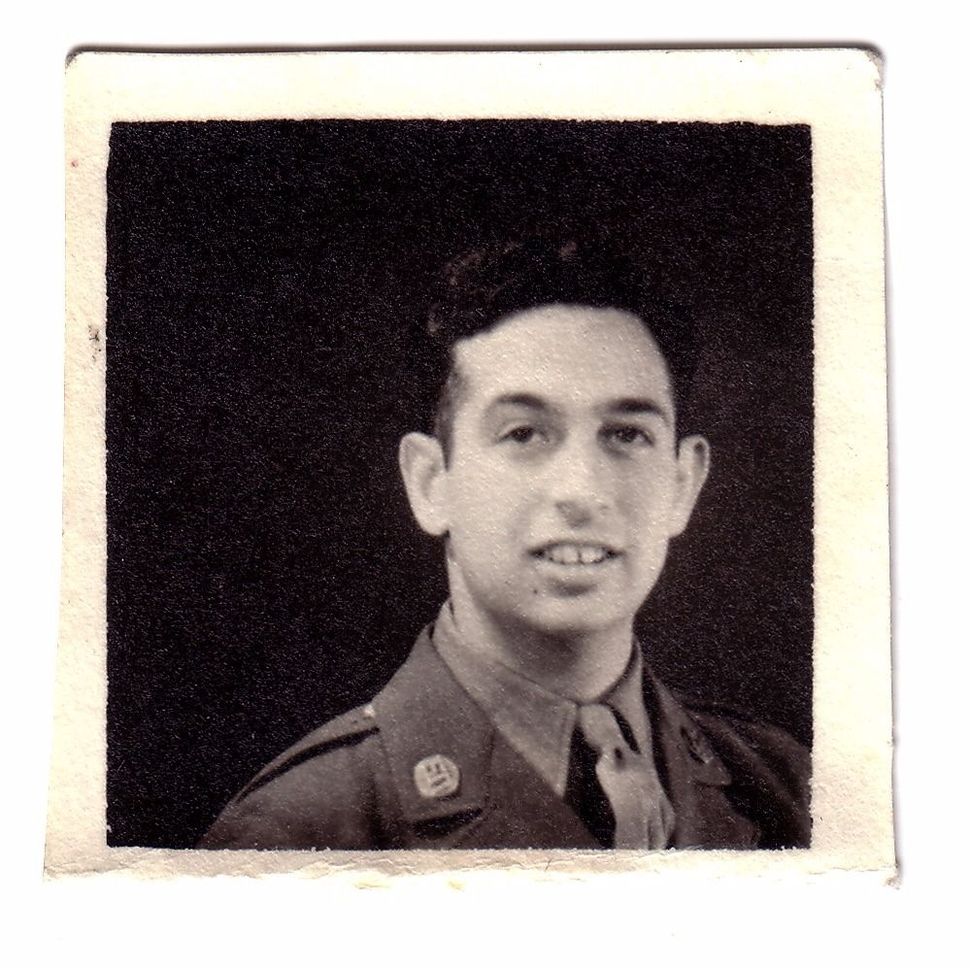 It might have been yesterday. Guy Stern, now 95 and director of the International Institute of the Righteous at Michigan’s Holocaust Memorial Center, remembers with painful clarity the day he almost saved his family.

Eight decades ago, Stern, the eldest son of a German Jewish family, had received the single affidavit of support that a maternal uncle, a baker in St. Louis, was able to provide. Before his emigration from Hildesheim, Germany, his parents had tasked the 15-year-old with getting the rest of his family out of the country. That meant navigating complicated bureaucratic requirements, including obtaining affidavits certifying that his parents and two younger siblings would not become U.S. government dependents.

One day in 1938, while hitchhiking to his job as a busboy at St. Louis’s Jefferson Hotel, Stern got lucky: He was picked up by a “fabulous-looking car,” whose wealthy Jewish owner, hearing Stern’s heart-wrenching story, offered to provide the necessary affidavits.

Stern was one of nearly 2,000 German-born Jews who worked in U.S. military intelligence during World War II. They became known as the Ritchie Boys, because their specialized training was conducted at Maryland’s Camp Ritchie. According to Bruce Henderson’s book, “Sons and Soldiers,” the Ritchie Boys were integral to the eventual Allied victory — postwar records indicate that they gathered nearly 60% of credible European intelligence.

Stern participated in the Normandy invasion and narrowly averted a German massacre during the Battle of the Bulge. He interrogated nearly 1,000 German prisoners of war and also helped compile and evaluate the results of other interrogations, receiving the Bronze Star for his efforts. Henderson’s book details some of his most colorful exploits, including impersonating a “Mad Russian” commissar to strike fear in the hearts of German prisoners, and escorting Marlene Dietrich on a tour of the prison where German POWs were confined.

After the war, Stern majored in romance languages at Hofstra University and earned a doctorate in German literature from Columbia University. He has since had a distinguished career as both an academic and an educational administrator. He’s taught at Denison University in Ohio, the University of Cincinnati, the University of Maryland and Wayne State University (where he was senior vice president and provost). He also has held five guest professorships in Germany.

The honors have flowed, too, including the Grand Order of Merit of the Federal Republic of Germany in 1987, and two years later the Goethe Medal. In 1998, Stern was invited to deliver an address to the German Parliament in Bonn to mark the 60th anniversary of the Kristallnacht pogrom. This past January he received the French Knight of the Legion of Honor medal for his role in the liberation of France.

In his current job at the institute, which he has held since 2004, Stern said he fosters research on “the motivational factors that lead people to altruistic deeds” and also tries to “instill such idealism in youngsters” through educational and public outreach programs. After being divorced and widowed, he is married to his third wife, the German author Susanna Piontek, who is 54.

Stern’s career choices have tied him inexorably to both Germany and his past. His original academic plan was to pursue comparative literature, but his professors at Columbia encouraged him to specialize in German literature and cultural studies.

Many of his friends, particularly the Jewish ones, asked him, “After all that happened in Germany, don’t you want to divorce yourself from it?”

“I thought about it,” Stern told me. But he decided: “If I follow that advice, I will do exactly what the Nazis want me to do — and that is, sort of a self-amputation.” He resented, he said, the notion that “post facto the Nazis could deprive me of what I really could do — I wasn’t going to do them that favor.”

His Army service also inoculated him against “making universal judgments” on any group of people. Even among German POWs, he encountered “some absolutely admirable people,” including, he said, “a couple who were so much in the democratic spirit that they would be the future of Germany. And to lump them in with the SS troopers would have been wrong.” He added: “I could condemn the Germans as well as anybody else, but that’s not my way of operating or thinking, or my philosophy.”

The last contact Stern had with his family was a brief, bland letter, subject to Nazi censorship, written by his mother from the Warsaw ghetto in the summer of 1942. After the armistice, Stern returned to his native Hildesheim to try to trace his family’s fate. A family friend — a customs inspector who, unlike other neighbors, had remained supportive of the Sterns during the Nazi years — urged him not to hold on to hope.

But how could he not? There were reports of people, thought dead, who were reunited with relatives years after the war. In the early 1960s, back in Europe on Fulbright and Bollinger Foundation grants, he was able to pore through newly opened German archives. Only then did he become fully convinced that his entire family had perished, either in Warsaw or at Treblinka.

Stern’s grant-funded research, which led to his first book, was on Efraim Frisch, who edited a German intellectual magazine called the New Mercury in the early 20th century. He found that many Germans who had once been close to Frisch “cut off their connections to him” during the Nazi era. When Stern interviewed them, “they took me as a surrogate for Efraim Frisch. They said, ‘Well, we couldn’t do anything else.’”

Such self-exculpation was common among Germans of the postwar period. “You know that joke?” Stern said. “How many Jews lived in Germany during the Nazi period? The answer is 60 million — because every German rescued one.”

But Stern, despite everything, remains more idealist than cynic, even if his idealism has been tempered by history.

When Stern spoke to the Bundestag about Kristallnacht, calling attention to the role of silent bystanders, his audience included invited high school students. Afterward, one of them told Stern how sorry he felt about the horrors and mistakes of the past. “But that’s not me — that’s my grandfather,” the student said. “So how should I react to this?”

Stern says he pondered the question. And then he offered an analogy. Neither he nor his ancestors, he told the German student, had any involvement in the U.S. enslavement of black people. “And yet if I say I’m an American,” he told him, “I have a responsibility to see, as far as I can, that the right thing is done today.

“I said, ‘You are not guilty of anything. But you call yourself a German?’ And he said, ‘Yes.’ I said, ‘In that case, you bear responsibility that today you see to it that there’s never a recurrence.’ ”