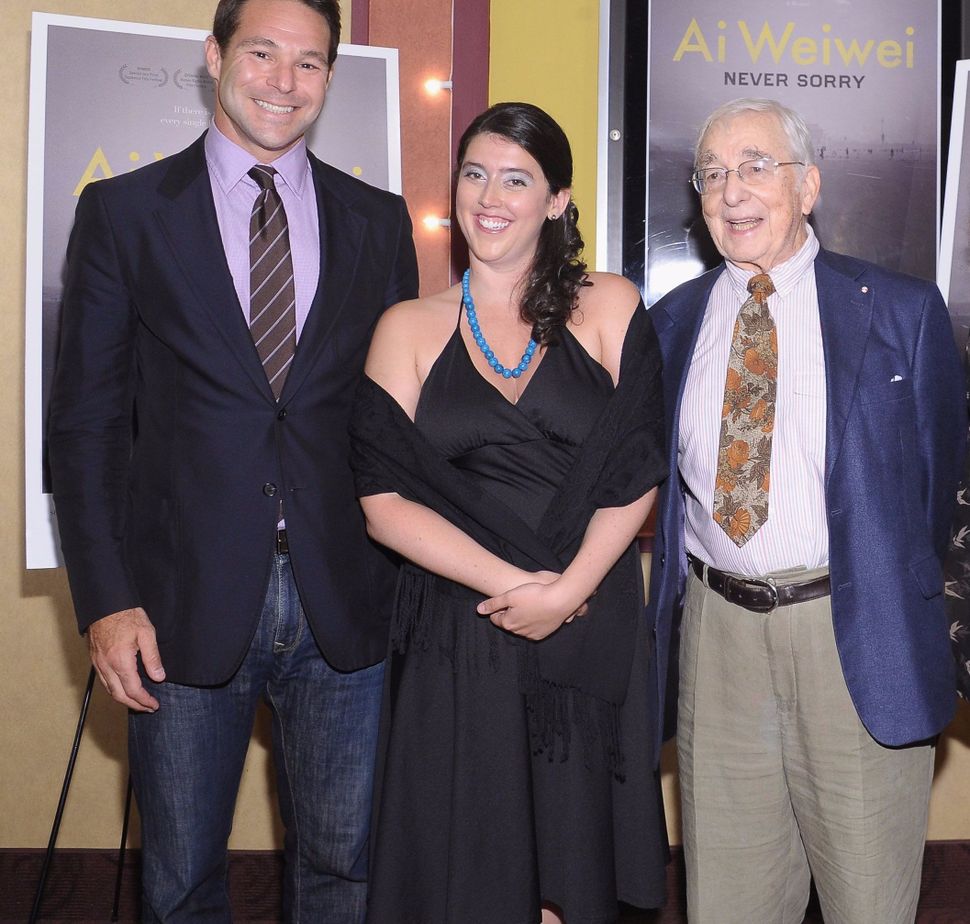 Karl Katz, whose varied career included the leadership of museums in New York and Israel as well as successful work as a film producer, died last Wednesday at the age of 88. He left his mark on a wide range of museums, including the Israel Museum, the Jewish Museum, and the Metropolitan Museum of Art.

According to Katz’s obituary in The New York Times, after attending a 90-minute long lecture by Columbia by art historian Meyer Schapiro, Katz, a former yeshiva student, was inspired to pursue a career in art history. He earned a Master’s in Fine Arts and Archaeology at Columbia and finished his doctoral thesis, focusing on early Hebrew manuscripts from Yemen. As he refused to meet the requirement of learning German in the aftermath of the Holocaust, he was never awarded a doctorate.

In 1957, Katz was brought on as curator of the National Bezalel Museum, the predecessor of today’s Israel Museum, which he helped to establish in collaboration with Jerusalem mayor Teddy Kollek. In 1969, he returned to the United States to act as director of the Jewish Museum, helping to spearhead that museum’s engagement with contemporary art. (One of the Museum’s first exhibits during his tenure was the show “Software,” a groundbreaking exploration of machine art, featuring work by John Baldessari and Nam Jun Paik.) In 1971, he became the Met’s chairman for special projects.

In 1980, Katz founded the Met’s office of film and television, which he would direct until 1991. “It became clear to me after 10 years of mounting exhibitions how much time, effort, and money was sunk into them for a short-lived result,” he told the Times in 1984. “The most logical extension of this fleeting experience is a film, with a long shelf life and a huge audience.”

After leaving the Met, he founded Muse, a non-profit documentary film production company specializing in films about contemporary art. He produced the 1992 series “Art on Film,” as well as the recent documentaries “Herb & Dorothy” (2008) and “Ai Weiwei: Never Sorry” (2012).

Last year, he completed his autobiography, telling of his life in the museum world, titled “The Exhibitionist.”

“Pour a certain amount of energy and innovation into an institution and it becomes a living vibrant thing,” he wrote. “It’s a labor of love. And with equal parts effort and affection I have spent my life breathing life into museums.”

He is survived by his wife Elizabeth, his brother Elihu, and his son Jonathan.