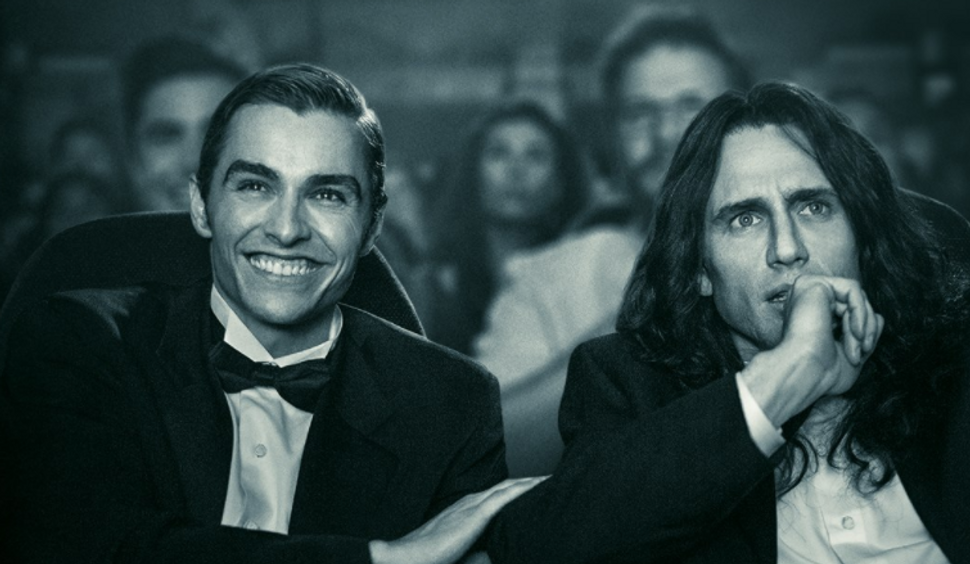 Still nursing your Thanksgiving food coma? Can’t handle any degree of activity more strenuous than that of sitting in a movie theater? Great: This week’s new movies come out tomorrow, so today, we have this week’s movie news.

Tommy Wiseau famously created and starred in “The Room,” popularly considered to be one of the worst movies of all time. Lucky for him, brothers James and Dave Franco love the film. The duo collaborated on new release “The Disaster Artist,” a biopic of Wiseau and James Franco’s 18th directorial effort. How is it? Ask the Forward’s Daniel Witkin, who writes “The real pleasure in ‘The Disaster Artist’ resides in the way that it blurs the lines between the genuine Hollywood product and the trashier amateur work that takes place in its backyard. Much as something like “The Room” can only be made with the actual time and work of a team of filmmakers, even the coldest, most financially engineered Hollywood movie requires at least a touch of the fevered delusion that convinces the Tommy Wiseaus of the world that they have something to say — a whisper from the same voice that tells James Franco that he might be cinema’s Faulkner.”

Waiting with baited breath for the Oscar nominations? Look to the New York Film Critics Circle awards, announced today, for hints as to the 2017 front-runners. Big winners were Greta Gerwig’s “Lady Bird,” which took home Best Picture as well as Best Actress for Saoirse Ronan, “The Florida Project,” which won Sean Baker the award for Best Director and William Dafoe that for Best Supporting Actor, and the Blumhouse-produced “Get Out,” which won Jordan Peele honors for Best First Film.

3) As does the National Board of Review