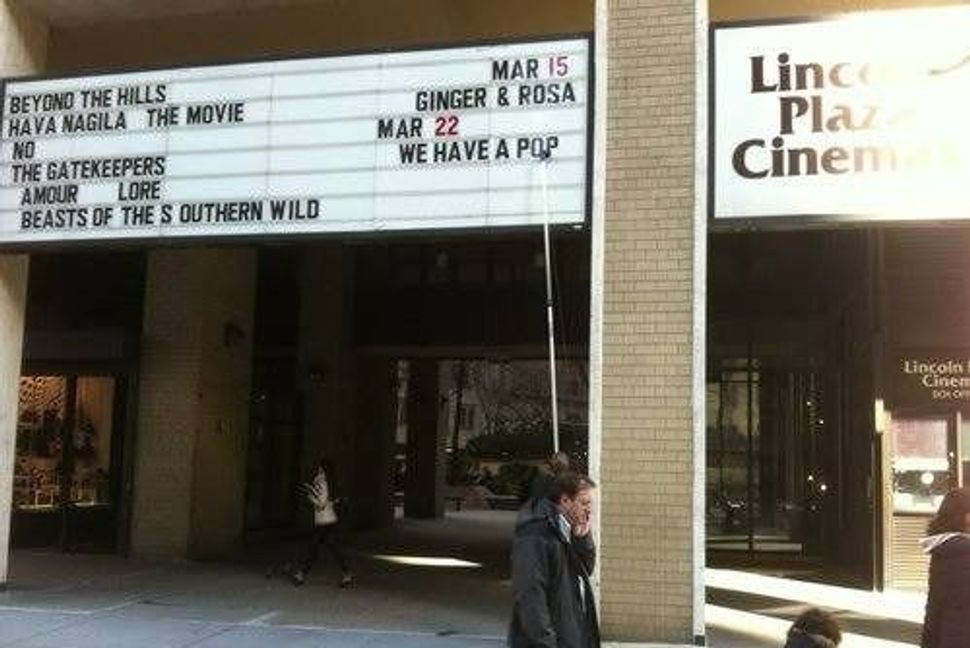 One of New York City’s most revered art house movie theaters, Lincoln Plaza Cinemas, has announced that it will close in January 2018.

The theater, founded, co-owned and operated by Dan and Toby Talbot, has been open since 1981. As The Hollywood Reporter’s Gregg Kilday reported, Ewnetu Admassu, the theater’s general manager, said the cinema will close because it has lost its lease, not because its profits are in question.

Milstein Properties, which built the movie theater and co-operates Lincoln Plaza Cinemas with the Talbots and the French film company Gaumont, released a statement to The Hollywood Reporter clarifying their decision to not renew the Cinemas’ lease.

“There is vital structural work needed to repair and waterproof the plaza surrounding the building that cannot be completed while the space is in use, and will begin now that the cinema’s lease has expired,” a Milstein Properties spokesman wrote. The company added that once that work has concluded, it intends to re-open the space as a movie theater.

While the news of the theater’s imminent closure was widely mourned, The New Yorker’s Richard Brody argued that it would likely not have a drastic effect on New York City’s film landscape. “The demographics of the pricey Upper West Side make it an increasingly unlikely venue for an ambitious art-house theatre,” he wrote, noting that a proliferation of newer art house film centers ensures that audiences will continue to have a range of venues in which to see off-the-grid movies.

“Our theater kind of served as a springboard for a lot of foreign films,” Toby Talbot told The Times’s Vivian Wang. “We often will play a film that we know has no, quote, commercial value, but we admire it and respect it and would like to share it with our audience,” she later added.

The Talbots have spent over five decades advancing non-mainstream films. The first theater they founded, the New Yorker Theater, opened in the 1960s and closed in 1973. (In 1965 Dan Talbot founded the film distributor New Yorker Films, which he headed until 2009; the company was known for titles like Werner Herzog’s “Aguirre, the Wrath of God.”) In the subsequent two decades the duo founded the Manhattan Cinema Studio and Metro Theater, in addition to Lincoln Plaza Cinemas.

In The New York Jewish Week, Robert Goldblum commented that the theater has been “part of the Jewish cultural fabric of the city, screening countless Jewish- and Holocaust-themed films, Israeli features and, of course, Woody Allen movies.”

“Standing in line in Lincoln Plaza’s lobby was like getting an education in New York Jewish life: baby boomer writers discussing Roth and Bellow, Greatest Generation retirees wondering if the Woodman still had it and Modern Orthodox millennials on a cool date night,” he wrote.