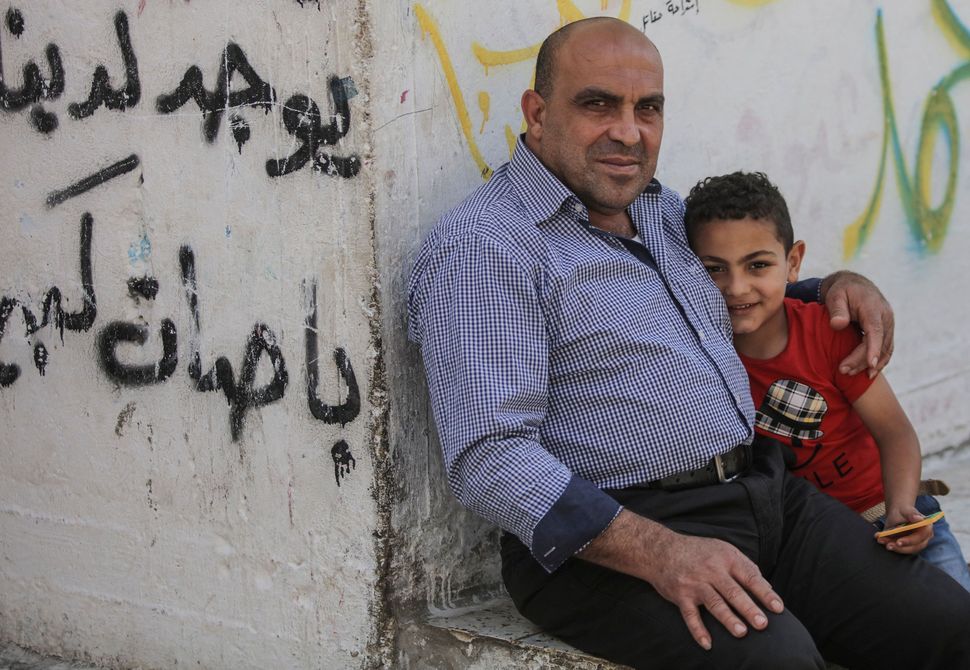 It looks like a straightforward photography show. 50 photos of 50 different 50-year-olds hang on the walls of a warehouse-turned-gallery in Jaffa. But these photos are of Palestinians, each born in 1967, the year the Occupation began after Israel’s almost miraculous victory in the Six Day War. So, naturally, little about the show has been simple.

The B’tselem-organized exhibition at Jaffa Art Salon, titled “50 Years,” has been beset by controversy throughout its run. (B’tselem is a Jerusalem-based anti-Occupation non-profit organization focused on civil rights violations of Palestinians in the West Bank and Gaza ) Originally slated to be just three weeks, the gallery owner extended the exhibit’s stay when he saw how much interest it was generating, said Roy Yellin, B’tselem’s director of public outreach.

Some Israeli leaders, who consider B’tselem’s attitude towards the Occupation and IDF to be inappropriately aggressive, have labeled the organization anti-Israel. 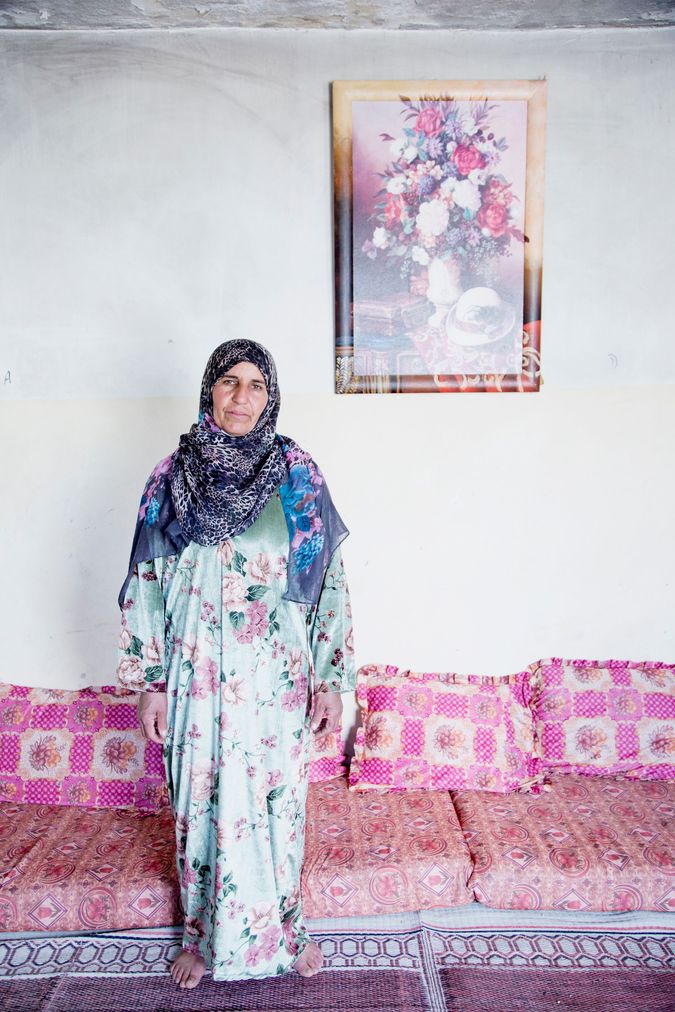 B’tselem’s knack for attracting controversy was on display earlier this month, when representatives of the European Union in Israel wanted to mark International Human Rights Day with a reception at the exhibit. The exhibit’s pictures of Gaza residents were, by necessity, taken by Gazan photographers, none of whom are permitted to enter Israel, yet the Israeli government also refused to grant entry permits to Palestinian subjects and photographers from the West Bank for the event. It refused the same permits for the show’s opening, and again for a gallery talk. “The reason they gave was that “it’s a sensitive event,” Yellin said. “In a certain way it underlines the importance of the exhibit. If you can’t bring the people, you can at least bring their pictures.”

According to Haaretz, Israeli Foreign Ministry spokesman Emmanuel Nahshon slammed the E.U. for wanting to have a reception at the exhibit. Haaretz quoted Nahshon as saying “E.U. people believe that the way to Israelis’ hearts is by spitting in their faces. We are again seeing the same patronizing approach of preaching hypocritical, condescending morality, that just pushes away rather than bringing closer.” Nahshon went on to call the exhibition “sad and superfluous.”

The government criticism brought widespread coverage in the Israeli media, making the exhibition more visible, said Yellin. “People were exposed to the message we tried to convey. The impact was more than we could hope for.”

This is the first photography exhibition B’tselem has organized, Yellin said. The idea came out of discussions staff began having about a year and a half ago about “how to mark the 50th unhappy birthday” of the Occupation. 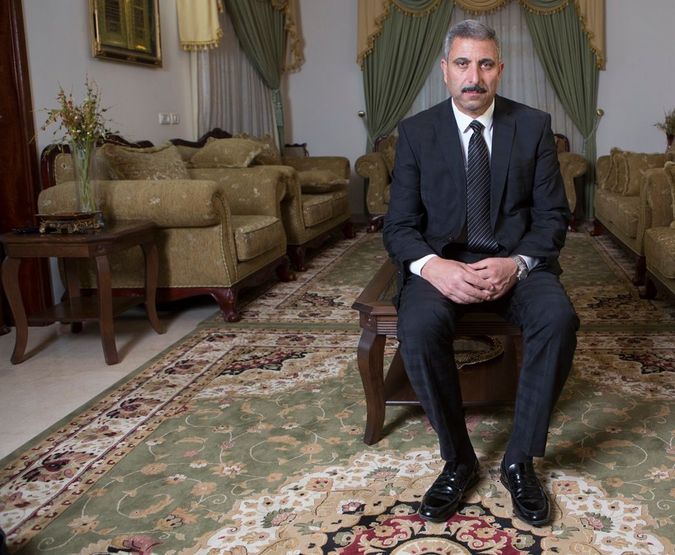 B’tselem wanted to do something that would reflect both the “fragmentation of land” and that “the Occupation is permanent,” Yellin said. Most of all, the organization wanted to present the faces and identities of Palestinians. The portraits are frontal, so bold that they are almost confrontational. Each is accompanied by a small label with the name of the photographer and that of the subject, along with some identifying information about the person photographed, like his or her job and the number of children they have. As many as eight or 10 children are frequently listed.

Some of the subjects are farmers. Some are listed as “widow and mother.” There are teachers, an electrician, business owners and a gynecologist, who is pictured in the white coat of his profession. One man reclines in a divan in his living room. Yet most of the portraits feature their subjects staring straight at the photographer. The photographs were taken by 42 different Israeli and Palestinian photographers, about 15 of them in Gaza. The people photographed live in a range of places; some in East Jerusalem and Arab towns within Israel, some in refugee camps, most in Gaza and the West Bank.

Their very ordinariness is the point, said Yellin. 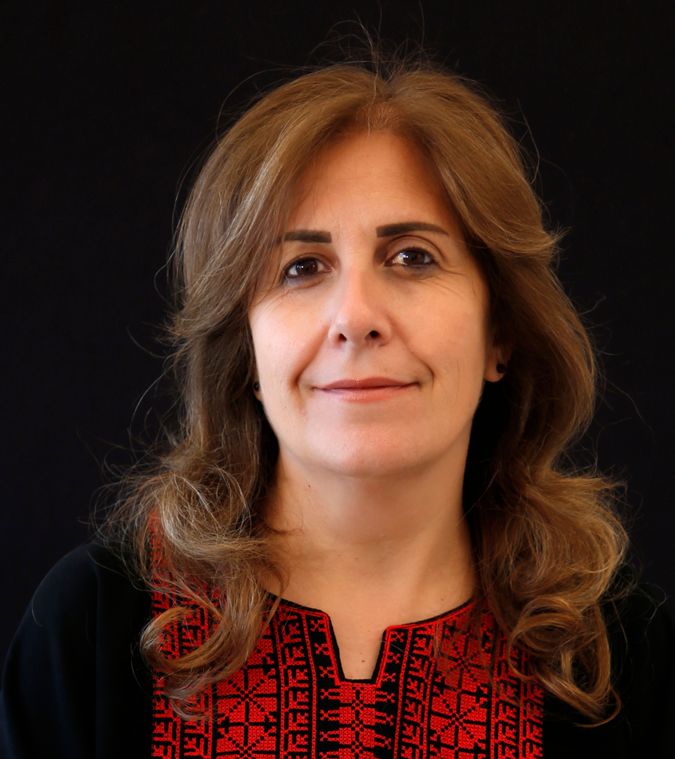 “When Israeli people see Palestinians it’s always through the lens of some violent event, because they are in the news only when there’s a specifically violent outburst,” Yellin said. In the photos “you see people in the context of being just another human being.”

The exhibit is just steps away from a portside Jaffa restaurant where three hijabi Arab women dined together on cool a recent evening, a few tables over from where three Jewish Israeli friends sat together in one of the Israeli towns most friendly to co-existence. Yet there is tension in the charming port city, part of the greater Tel Aviv municipality, primarily over gentrification; some of the area’s Palestinians feel pushed out by rising rents and home prices.

And Israeli-Palestinian tension is inherent in the exhibit’s photographs. There was “a certain dimension of civil disobedience taking photographers where Israelis are not supposed to be, in Area A” of the West Bank, which is under Palestinian control, Yellin said. “We had to sneak in sometimes” past Israeli military roadblocks. “We learned when roadblocks are not manned and you can get in,” he said.

Half the funding for the exhibition came from the New Israel Fund, said Yellin, and the rest from individual donors.

While the exhibit is slated to close on December 23rd, it will likely be shown again outside of Israel. People in Europe and North America have expressed interest in bringing it to their countries, Yellin said, though plans have not yet been firmed up.