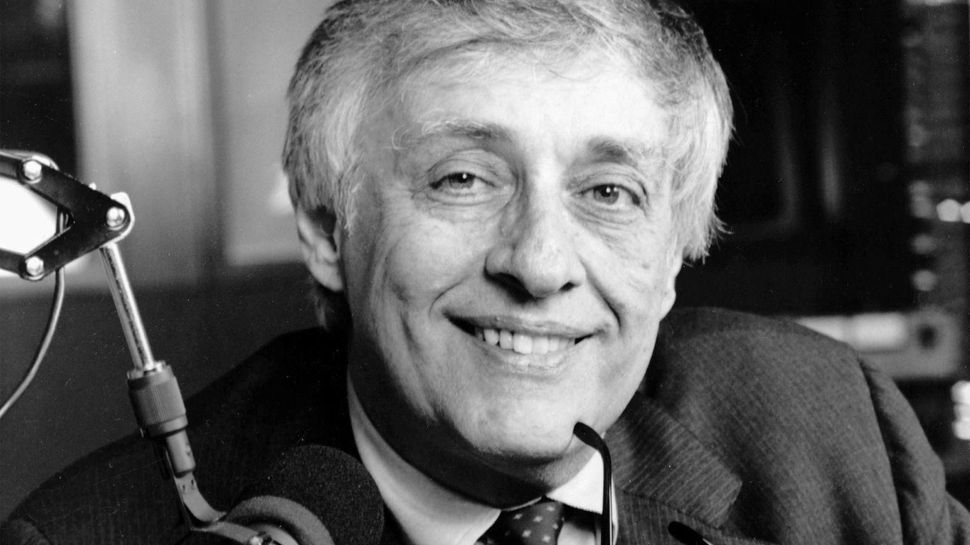 In recalling Milt Rosenberg, the veteran Chicago radio host who died on January 9 at age 92, the first memory is of a soothing light baritone voice that might have been expected from a professor emeritus of psychology at the University of Chicago, where he served as director of the doctoral program in social and organizational psychology. The next strong impression was of intelligence, a particularly rare quality in radio hosts. There was also stamina, since each airing of his program, Extension 720, broadcast from 1973 to 2012 on WGN Radio, lasted a full two hours. He continued working with aplomb on different podcasts and broadcasts after his involuntary retirement from WGN at age 87. His radio work was only one of his multifarious achievements.

During a varied academic career, he coedited books on cognitive dissonance, or the stress resulting from when people’s beliefs contradict their actions. He delved into politics, inviting a long list of world leaders, from Margaret Thatcher to Jimmy Carter, as well as political thinkers including Henry Kissinger and Leo Strauss, several of whom have behaved differently than their self-proclaimed credos. In governmental matters as with psychology, he had an unusual depth of knowledge, having coauthored or edited “Vietnam and the Silent Majority: The Dove’s Guide” (1970) and “Beyond Conflict and Containment: Critical Studies of Military and Foreign Policy.” (1972)
Calming potential in-studio storms with the ease and expertise of a mental health professional, Rosenberg conducted civil conversations peppered with polysyllabic vocabulary until he was over 90. With writers such as Cynthia Ozick and Norman Mailer he was equally deft, although on a May 2015 program entitled The Jewish Literary Mafia: Norman Mailer, Philip Roth, Bernard Malamud and Saul Bellow, Rosenberg was saddled with an academic and literary panel who inexplicably chortled about Mailer stabbing, and nearly killing, his wife Adele Morales in 1960.

In that program, Rosenberg sidestepped any deeper pondering of the meaning of the term Jewish Literary Mafia, apart from noting that he found it droll. About his own Ukrainian Jewish roots — he was New York-born, a Brooklyn College alumnus — Rosenberg projected an aura of security and comfort in his own identity. He confidently assayed subjects including religion, architecture, history, language, and philosophy. Yet his emotional involvement was clear in a May 2015 interview with Martin Goldsmith, author of an account of passengers on the MS St. Louis, a German ocean liner which 1939 sought sanctuary for Jewish refugees. After the ship was turned away from Cuba, the United States, and Canada, it returned to Europe, where many of the passengers would be murdered in concentration camps. The traumatic story, previously told in the book “Voyage of the Damned,” was recounted with feeling in Rosenberg’s dulcet, empathetic tones. That same year in July, Rosenberg presented a program on comparative religion and the sacred texts of the Abrahamic traditions, with guests including Rabbi Samuel N. Gordon of Chicago’s Congregation Sukkat Shalom.

Whether discussing Israel’s security, or lighter subjects, Rosenberg was always a masterful schmoozer. Renata Adler noted his interpersonal skills in a profile of G. Gordon Liddy, former FBI agent and leader of the Watergate break-in. During Liddy’s 1979 book tour to Chicago, Adler described the WGN Radio building as a “two-story yellow-brick structure, in a remote, poorly lighted area of the city, among vacant asphalt lots.” Rosenberg’s warm welcome made up for the humble surroundings. Adler preserved their exchange:

“You’re the cool one,” said a friendly, professorial voice from the doorway. Milt Rosenberg. “The last time you were here” — when Liddy had come to promote his thriller — “you never mentioned you were writing this book.” “You’re the cool one,” Liddy replied, greeting Rosenberg with obvious pleasure. “The last time I was here, you never mentioned that you have a title. I didn’t know you were Professor.” They talked a while. Liddy kept addressing his host as “Dr. Rosenberg.” “Let’s strike a bargain,” Rosenberg said. “You are Gordon. I am Milt.”

Flattering the guest was a time-honored technique, and Rosenberg informed his audience that Liddy’s memoir was a “book of multiple value, I think, of compelling value. Excellent autobiography.” During a pause, off microphone, Rosenberg asked Liddy if any of his questions might have made him “uncomfortable in any way,” to which the latter replied that it was always “stimulating” to talk with Dr. Rosenberg.

Although stimulating to some, Rosenberg’s tranquilizing tones became so renowned that they even featured in a thriller by Chicago-born author Stuart Kaminsky, “Exercise in Terror”. After a tension-fraught moment of violence, a character turns on the radio to hear Rosenberg’s program. The subject of discussion was Henry Kissinger and the Nixon administration. Fleeing her husband’s murderers who are now after her, a beleaguered widow uses Rosenberg’s soothing tones as a cognitive test of whether she is able to pay sufficient attention: “Two or three times she considered turning it off, but gradually found that she could concentrate on what was being said.”

Sometimes Rosenberg’s benevolent aura could become a bit astringent, as the radical political writer Alexander Cockburn admitted in a published diary. Cockburn, who has been accused of anti-Semitism, notably by the Harvard law professor Alan Dershowitz, recalled that he had “had a delicate time with Milt Rosenberg weaving through differences about Jesse Jackson and about Israel. To my surprise Rosenberg had spoken up for a Palestinian state on the West Bank.”

Grateful listeners relied on surprises from Rosenberg, especially compared to the barren landscape of today’s talk radio. Rosenberg was never less than a thinking radio personality and in his final month, a friend told the Chicago Sun-Times, he enjoyed hearing an audiobook version of Shakespeare’s plays. For psychological depth and understanding of how governmental leaders and others behave, Rosenberg could not have chosen better.