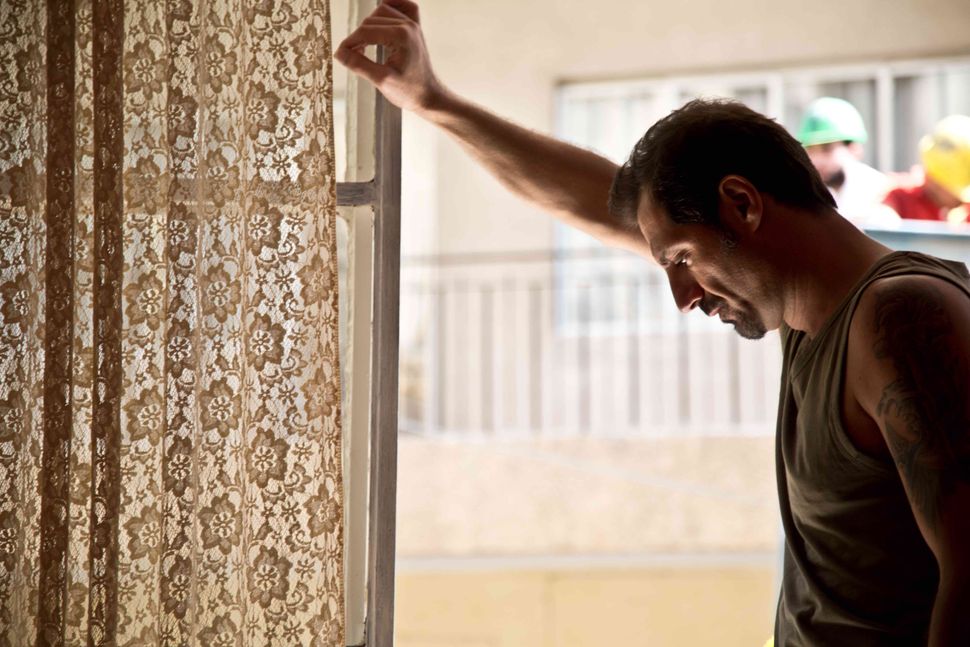 Last October, at the Venice Film Festival, Palestinian actor Kamel el Basha won the Best Actor Volpi Cup for his performance in the Ziad Doueiri film “The Insult.” Basha, a respected but low profile theater actor in his first major film role, plays Yasser, a proud Palestinian refugee in Beirut who trades insults with Tony, a Lebanese Christian, as he is trying to repair a drainpipe sticking out of Tony’s building. What should be a simple rage-blip, typical of high-pressure city life, gets blown out of all proportion, when Tony decides to take Yasser to court.

“The Insult,” a thoughtful, tense courtroom drama that explores the ways in which the shadow of Israel’s oppression of Palestinians has shaped the Lebanese psyche for decades, has already been shortlisted for an Oscar. The film’s success ought to be seen as a triumph for Palestinians: a deeply humanizing portrait of the complexity of the Palestinian experience, and a Palestinian actor being recognized internationally for his talents.

Ironically, “The Insult” was removed from the October 2017 lineup in a showcase in Ramala. And the BDS movement accused Douieri of normalizing relations with Israel (where he shot parts of his 2007 film, “The Attack”). This confusing real-world response further underscores the relevance of the film’s exploration of the ways in which politics, trauma and divisions within a region express themselves: messily. Tense and thoughtful, “The Insult” offers both an expose of that mess and an almost tender suggestion of how we can begin to start cleaning it up.

Doueiri spoke with us from his home about the incident that inspired the movie, his conflicts with BDS, and what it was like co-writing the screenplay with his wife and longtime writing partner Joelle Touma as they divorced.

You do not really choose sides in the traditional sense. Both Tony and Yasser have suffered enormously, and the audience connects with both of them at different times. In fact, as much as they hate each other, there are times when Tony and Yasser are the two people in the film that the audience truly likes. Because they have integrity, and dignity.

Exactly. The integrity and the nobility, la noblesse of their feeling is something we wrote from the start. These two characters are noble and dignified. What we had was a very good character story: The guy seeking justice and a guy who doesn’t believe in justice. This is a very interesting theme. This is how it started.

And then there is the competing discourse of the lawyers who represent them in court, who for better or for worse, frame their arguments around all the deep wounds within Lebanese society. Are they manipulating the truth to win publicity?

Maybe we feel they’re using the trial for their own personal agenda, but it’s not really that, most lawyers’ methods are manipulative, but they are telling truths.

You and Joelle Touma wrote “The Insult” while you were in the process of getting divorced, which is pretty amazing. How did you do that?

Well, it was a mutual divorce, there was no fight about it, I mean we both came to the same conclusion, which made it easier. It was the easiest writing we’ve ever had together! Because we just knew the material so well.

And you were raised on opposite sides of the political spectrum, is that correct?

She was raised in a right-wing family — or rather, they were right-wing during the war…I’m not saying they are right-wing in the negative sense that we talk about it today. Since then she has had to reexamine the way she was raised, and to reexamine who are the enemies. So have I. I come from a very politicized left-wing pro-Palestinian family. I had to contest my mom’s and dad’s militant view in the world.

How did you decide who would write which point of view?

The interesting part is we made the decision early on to swap roles. She wrote the dialogue for the lawyer who defended Yasser. And me, precisely because I was raised by a family of pro-Palestinian activists, I decided to write the scenes of the Christian guy. So we swapped places. And that allows us to always have some empathy for the adversary.

Empathy for the adversary — and the question of whether such a thing is possible, is a big part of what drives this film. It was based on a true incident, but in your case, you insulted someone, apologized and that was it.

It was the spark that made me think of the whole thing, and it started growing in my head, and I thought, “what if we start with such a silly incident” but it escalates and then months later, it brings the country on edge of a civil war. In Lebanon something like this could easily happen — in fact it did happen. It was a football game in 1860 that resulted in a civil war. You know? The Lebanese are very passionate… it’s good and it’s bad at the same time.

Like the line in your film “We live in the Middle East the word ‘offensive’ was born here!”

Look, the history of Lebanon and Israel and the Palestinians are so intertwined. You cannot separate them. Just like German and the Jewish history, and Black history in America. I used to think the “big struggle” would always be the Arabs vs. the Israeli.

Today I see Israel as a detail; it’s not an issue. My battle is inside, and by that I meaning inside Islam: fundamentalist Islam, men’s mentality, women’s liberation and emancipation. Before you fight the big battle you have to clean up your house, and to be honest, I think the Arab house is very dirty to be very honest. I know — you might not use my words because you may be politically correct.

No I will, it’s provocative and interesting. On the other hand, you may be feeding into a certain discourse of Arab ungovernability that is often used by the Israeli right. Do you fear being seen as a pro-Israel or pro-Zionism?

I’m fine with it. You know they can accuse me of whatever the f—k they want. And you know, my fight is not with Israel today. My fight is with the BDS. And they don’t scare me — I scare them.

Because I tell the truth in “The Insult.” Look, the Palestinians have also committed massacres. Sabra and Shatila is not the mother of all massacres. Palestinians have also committed a lot of atrocities, nobody dares to talk about it because you always have to attract sympathy for the Palestinian people. But in this film I use footage of a massacre by Palestinians of Lebanese Christians. It’s documentary footage, as valid as anything about Sabra and Shatila, or about Auschwitz, or about Treblinka, the Battle of Wounded Knee or about anything. This is fact.

Fact but not condemnation of a people. Yet El Basha’s performance is a wonderful and nuanced portrayal of an honorable man trying to come to terms with his own trauma. Which is why the insistence on boycotting you seems strange.

Here Kamel El Basha wins an award for his portrayal of this dignified Palestinian character, and BDS makes it harder for him to be celebrated in his own land. This is BDS — they go bark at Oxford, and Berkeley, and Manchester, and they say “oh we want freedom of speech” and then their own actions say exactly the opposite. Ken Loach does the opposite. Roger Waters does the opposite. This is hypocritical.

**Were you referring a little bit to these activists when the pro-Christian lawyer says “the oppressor humiliates the oppressed with his generosity?”

Probably. 80% of the dialogue that I put in that lawyer’s mouth was purely in a reaction to the BDS. I’ve always looked at life a little bit in the shades of gray, you know there is no ultimate good, no ultimate bad. But I’m changing, I feel like my next film should be about the ultimate good and the ultimate bad. Because I’m becoming more radicalized. It’s a crazy time in the world, a bi-polar world, and I think maybe there is black and white after all.

What is this next project?

I want to portray people like the BDS in a very negative light. That’s it for the time being. Ziad is not gonna be the peacemaker, the peaceful nice guy. That’s it. I think I have an agenda against them, and I’m gonna probably do it in my next film.